Three cats die in the cold in B.C. in shocking case of animal cruelty

Three cats are dead after a shocking case of animal cruelty in the South Okanagan.
Nov 30, 2019 12:13 PM By: Castanet

Three cats are dead after a shocking case of animal cruelty in the South Okanagan. 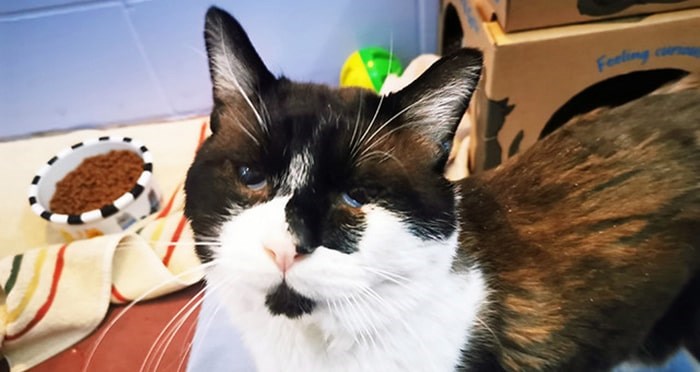 Raffi the catPhoto: BC SPCA

After receiving a complaint, the RCMP arrived at an undisclosed location to find five cats living in a crate outside, in the bed of a truck. Officers believe the cats had been living there for two months.

“When the officers attended the scene, one of the cats was deceased and the other four cats were living in their own feces and urine,” the SPCA said in a press release. The exact date of the discovery is not clear.

The cats were taken to the South Okanagan/Similkameen SPCA Branch, but two of the cats did not survive.

While one cat, Kasey, is quite healthy, the other surviving cat Raffi will need extensive care. He will need surgery on his lower eyelids, along with surgery to fix his teeth.

“Raffi is very affectionate and has a loud purr and loves to play,” said South Okanagan/Similkameen Branch manager Carolyn Hawkins. "He will be so happy to be able to open his eyes and see again after his surgery.”

The BC SPCA is seeking donations to help with Raffi's recovery. So far, almost $1,000 of his estimated $1,580 vet bill has been covered. Raffi will be available for adoption about four weeks after his surgery.

“This time of year we see a sharp increase in the number of calls about domestic and farm animals who are distress in outdoor situations,” said Eileen Drever, senior officer BC SPCA protection and stakeholder relations.

“One of the most common situations we encounter is dogs who are tethered outdoors in sub-zero temperatures. Animals are safest indoors, but if you must keep an animal outside, ensure shelter is off the ground, insulated from the cold and drinking water is not frozen.”