A wandering bear that had RCMP searching Deer Lake with rifles on the weekend has one Burnaby environmentalist pointing to city garbage bins as a potential problem.
Aug 20, 2019 6:00 AM By: Chris Campbell 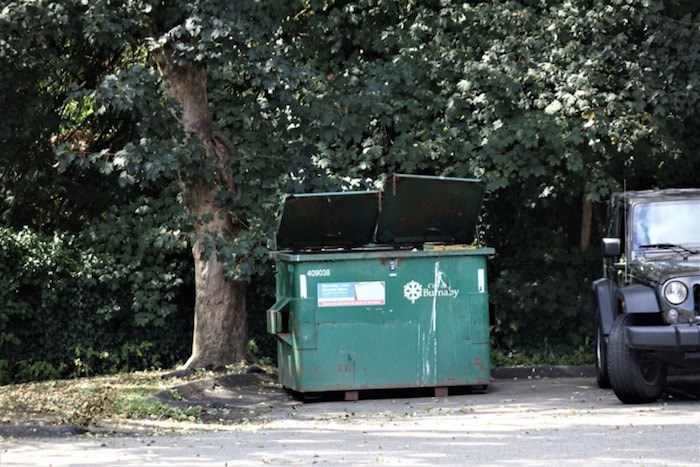 A City of Burnaby dumpster in the Deer Lake. Photo courtesy John Preissl

A wandering bear that had RCMP searching Deer Lake with rifles on the weekend has one Burnaby environmentalist pointing to city garbage bins as a potential problem.

John Preissl - who has been fighting the Trans Mountain pipeline project through his reporting of environmental violations – recently captured photos of the bearon Aug. 16.

Preissl has said since that a big reason why bears are attracted to the area around Deer Lake - including the Burnaby Village Museum and the Shadbolt Centre for the Arts – is because of the City of Burnaby’s garbage containers. 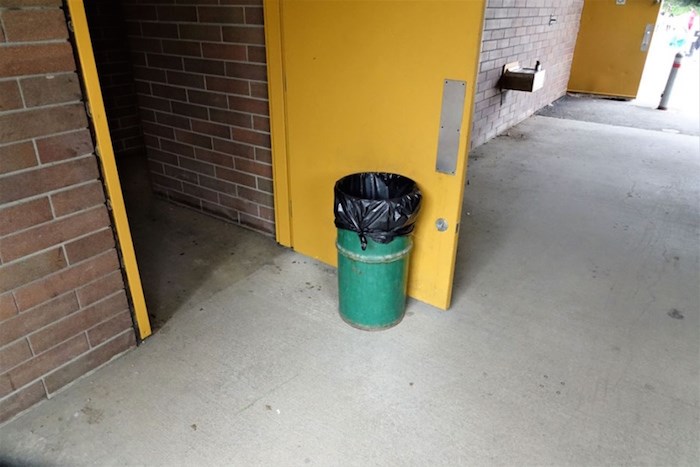 Preissl submitted photos taken Sunday, Aug. 18 of open city dumpster bins and garbage cans from all around the Deer Lake area. He thinks the city needs to tighten up the big dumpsters and replace the garbage cans with bear-proof models.

“[I saw] at least 30-plus open garbage cans, plus about 10 dumpsters open,” Preissl said. “They should be bear-proof at least around the heavily used picnic areas. With the Deer Lake concert season going on, there are many open dumpsters at the Shadbolt centre.” 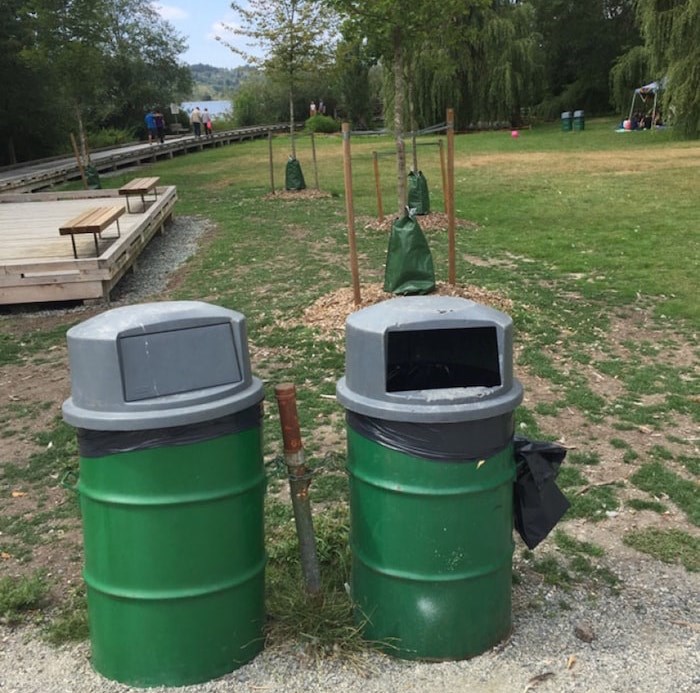 Bears are attracted to garbage and advocates have long begged people to be careful with their garbage, including not putting it out until the morning of collection days.

“The bears love this garbage, as much of it is fast-food containers,” said Preissl, adding that there is ample evidence of bears trying to access city garbage containers. “You can see Deer Lake garbage containers are bitten and clawed-up by bears.” 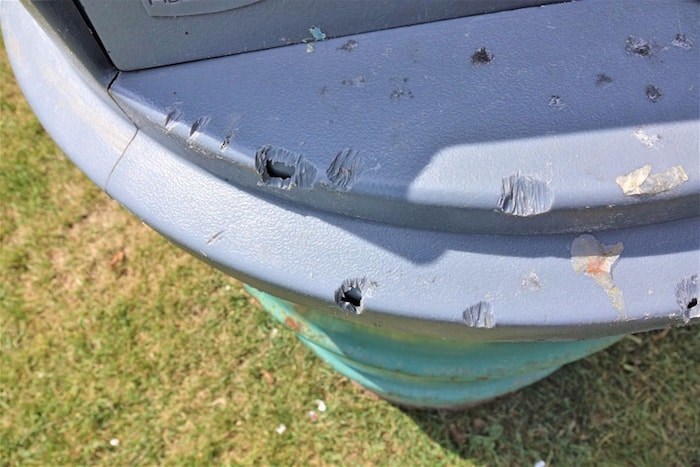 Claw marks on a City of Burnaby garbage can at Deer Lake that resident John Preissl says are from bears, although raccoons are also known to inhabit the area. Photo courtesy John Preissl

Preissl isn’t the only one asking the city for changes.

In June, Beth Holbrook with the Burnaby Wildlife Awareness Association told the NOW that the group has asked the city to replace its cans with bear-proof cans - including in all public parks.

For Preissl, photographing the Deer Lake bear was interesting because he’s an avid nature photographer, but the experience was also overshadowed by the concern he had that this bear could be caught and euthanized – all because people are irresponsible with their garbage. 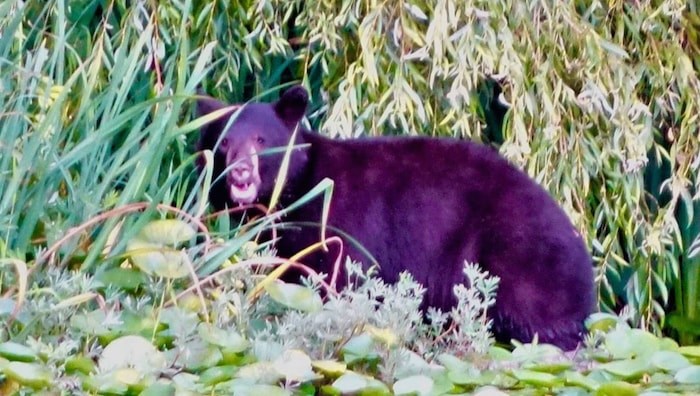 A black bear on the edge of the water at Deer Lake in Burnaby. Photo courtesy John Preissl

“Sad that us humans are responsible for all of these bear deaths,” he said.