Coquitlam City Centre residents are being warned to be vigilant when walking their dogs after a cougar was twice spotted in the area this week.
Jul 27, 2018 2:27 PM By: Gary Mckenna

Coquitlam City Centre residents are being warned to be vigilant when walking their dogs after a cougar was twice spotted in the area this week.

According to the BC Conservation Officer Service, the animal was seen at the corner of Glen Drive and Johnson Street Monday evening before being seen again on Lasalle Place the next night.

In both cases, the animal approached a person walking their dog. 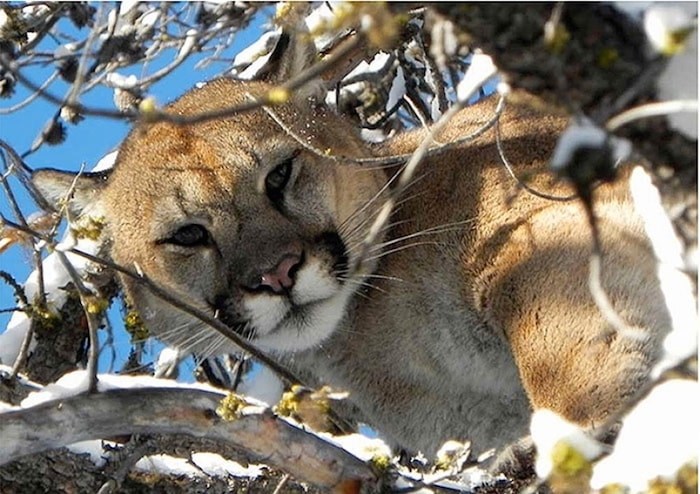 A cougar, like the one in this Tri-City News file photo, has been spotted in the City Centre area of Coquitlam. Photograph By FILE PHOTO

“This behaviour is a little bit unusual,” said conservation officer Marc Plamondon, who noted that while cougars stalk pets, they are usually deterred when a human is present. “They see it isn’t going to be a quick and easy meal.”

In the first sighting Monday, the person was able to get back into their house safely with their animal. In the second, the person made a lot of noise and was able to scare away the big cat.

For now, conservation officers are asking residents to be cautious when walking their animals, particularly in the evening or in the morning, which is when most cougars are most active. He said signs will be posted in the area to let people know of the sightings.

When a person sees a cougar, Plamondon said it is important not to panic. They should:

• make themselves look as large as possible;

• pick up their pet or child and keep them facing the animal;

• and make as much noise as possible.

“Let it know that you are not prey,” said Plamondon. “You want them to know that if it tries to do anything to you it is going to get hurt.”

• If you see a cougar, call the Conservation Officers Service RAPP (Report All Poachers and Polluters) toll-free number at 1-877-952-7277.