At least eight baby swans were spotted paddling around the pond at Ambleside Park alongside mom and dad this week.
0
May 21, 2020 4:49 PM By: Ben Bengtson 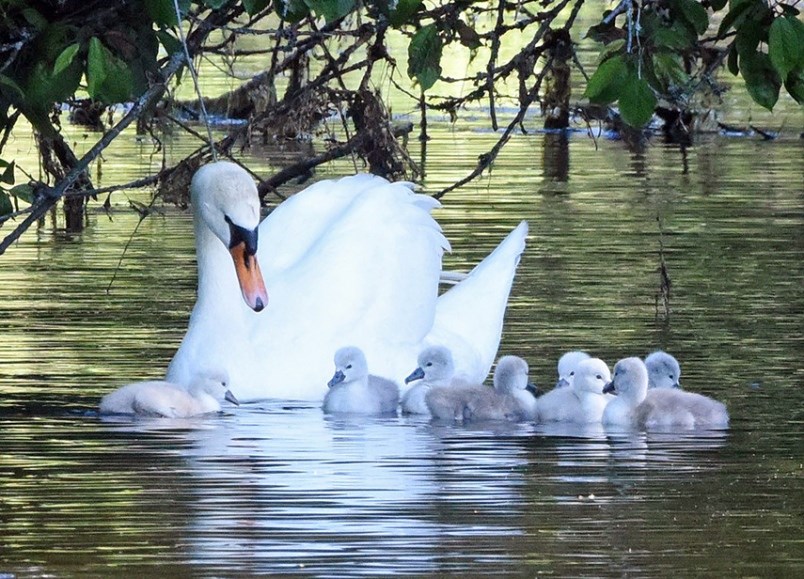 pic At least eight cygnets were spotted at Ambleside pond in West Vancouver this week. Photo by Victoria Low

The year so far hasn’t gone exactly as everyone planned, though at least one thing has happened as expected: it’s cygnet season in West Vancouver.

At least eight baby swans were spotted paddling around the pond at Ambleside Park alongside mom and dad this week. 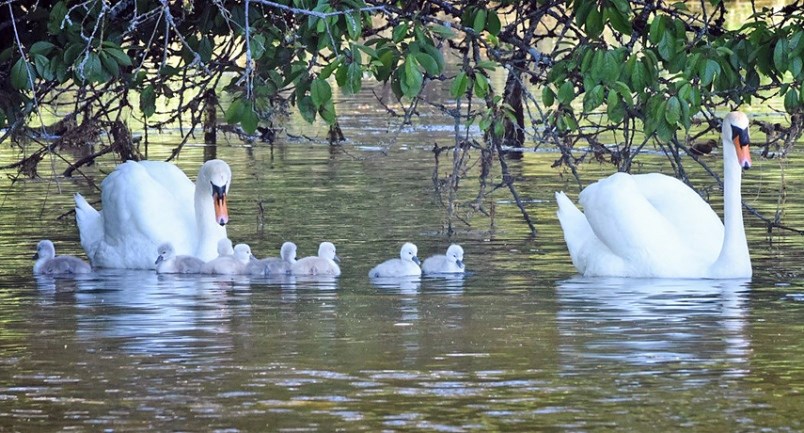 The District of West Vancouver is allowed to keep swans – which are known to be territorial and aggressive birds – at the park due to an avicultural permit from the Canadian Wildlife Service that allows for the practice of keeping birds.

But the fuzzy cygnets are in danger. Due to the pond at Ambleside’s small size, only one pair of swans can be accommodated at the site at one time, according to the municipality.

If the population exceeds that as the cygnets grow older, the aggressive nature of the swans will take over until only a single pair remains.

In approximately six to seven weeks, the municipality will remove the young swans and have them relocated to a bird sanctuary where they will be fostered.

Swans were first imported to Canada from Europe in the late 1800s. Today their populations are monitored by the federal government to prevent them from overtaking Canada’s native wildlife and wetlands, according to information on the district’s website.