A dead whale has been discovered washed up in the shallow water just off the Tsawwassen causeway beach.
Nov 16, 2018 9:58 AM By: Delta Optimist

A dead whale is in shallow water near the Tsawwassen Ferry Terminal. Photo by Ian Jacques/Delta Optimist

A necropsy will be conducted to determine what caused the death of a humpback whale that washed up in the shallow water just off the Tsawwassen causeway beach.

“This morning we received a call that a local resident had seen a humpback floating in the shallow waters,” said Paul Cottrell, Marine Mammal coordinator for Fisheries and Oceans Canada. “Since that call we have been working with the Tsawwassen First Nation (TFN) to ensure they had the proper closure with a cultural ceremony, which was very touching and very important.”

Andrea Jacobs, executive council member for TFN said it was sad to see something like this, especially on their traditional territory. 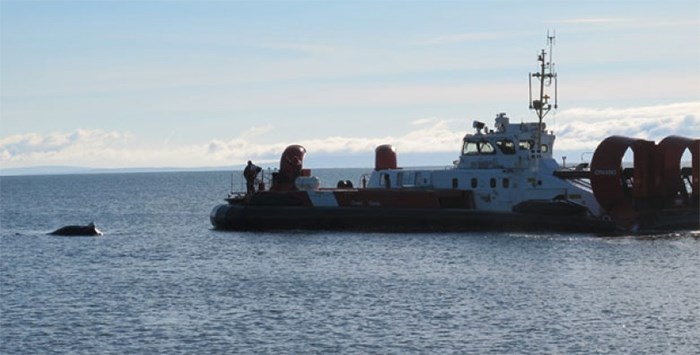 A coast guard hovercraft arrives to remove a dead humpback whale that washed up in the shallow water just off the Tsawwassen causeway beach. Photograph By IAN JACQUES

“We were really saddened to hear about the whale that had washed up on shore, so I called upon some of our cultural advisors and elders to do a prayer and a drum song to send the whale on its way to its next journey,” said Jacobs. “We just wanted to be respectful and do the right protocols and now it is left up to DFO to determine what happened.”

TFN enforcement officers were first on the scene around 9 a.m. They secured the area while waiting for fisheries officers to arrive.

As news was shared of the sighting, crowds of on-lookers started to arrive throughout the morning. 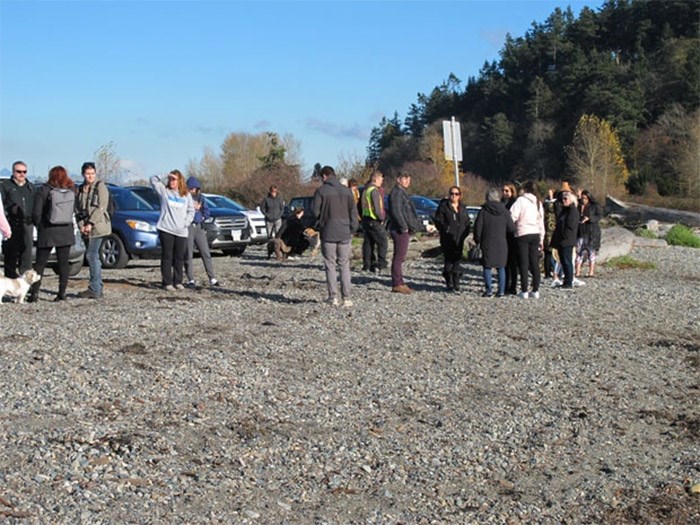 Crowds of on-lookers began to form throughout the morning as word of the dead whale sighting spread. – photo by Ian Jacques

Shortly before 1 p.m. a coast guard hovercraft arrived to assist in removing the whale and taking it to the hovercraft base on Sea Island.

“It’s very important to find out what happened to this animal, why it has died and if there is a human cause, what that is,” said Cottrell. “We will be looking at doing a necropsy as soon as we can.”

Dr. Stephen Raverty, a veterinary pathologist with the Ministry of Agriculture and Lands, Animal Health Centre in Abbotsford, will conduct the necropsy, said Cottrell. 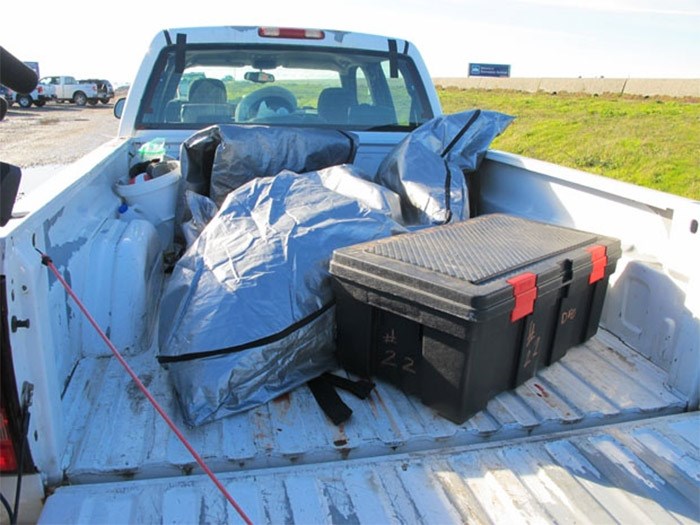 A killer whale calf that just died off the coast of Nootka Island was being transported by Paul Cottrell, Marine Mammal coordinator for Fisheries and Oceans Canada for a necropsy in Abbotsford when news of the humpback whale sighting broke. – photo by Ian Jacques

“I just brought over a killer whale calf that just died off the coast of Nootka Island, so I was bringing that over to Abbotsford,” said Cottrell. “Dr. Raverty will conduct that necropsy and hopefully later tonight he will examine the humpback.”

Cottrell said it is difficult to tell at this point how old the humpback whale is. 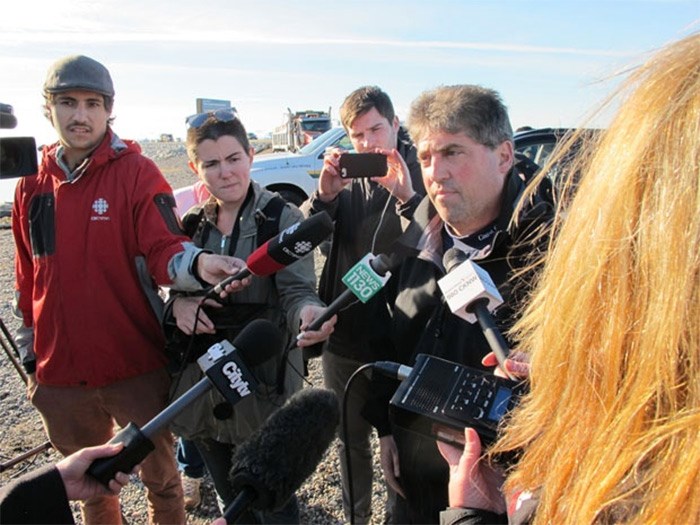 “I’ll be able to tell better once we get to the examination,” he said. “The examination will take some time. There are different stages, a gross diagnostic report that will take about a week, then the final report which includes all of the pathology and analysis of the tissues, that takes considerably longer because we send samples all over the world, so we have to wait to get those back before we can do a final report.