Dog rescued after falling down embankment on West Vancouver trail

A one-year-old golden Labrador named Houston got caught between a rock, a creek and a hard place Saturday morning.
0
Feb 8, 2020 2:53 PM By: Ben Bengtson 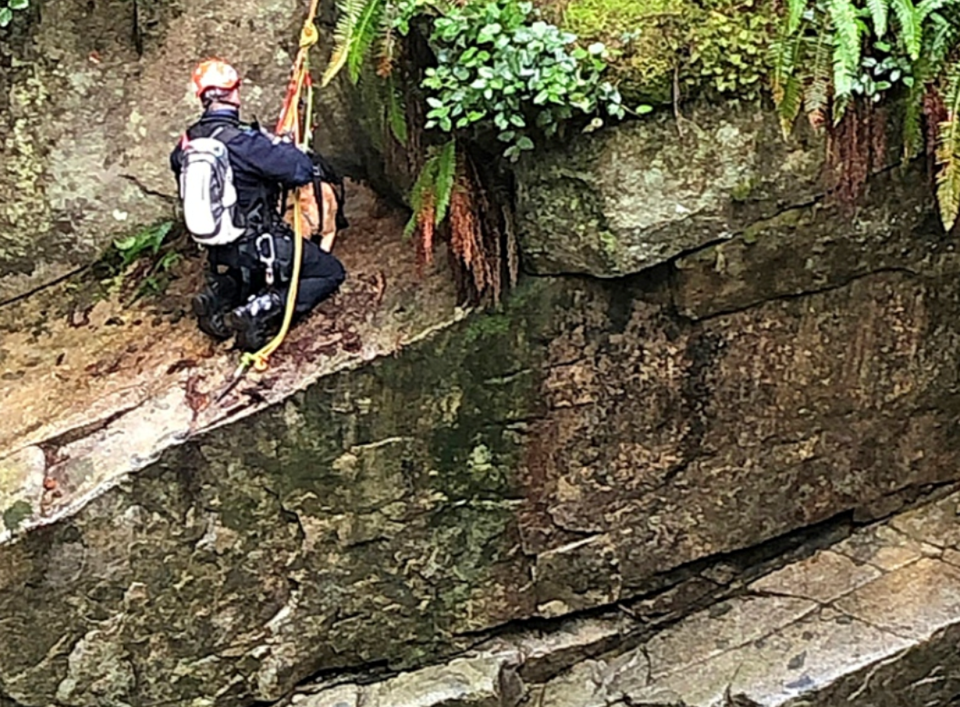 Houston, we have a problem.

That was the reaction from a pair of dog owners after their one-year-old golden Labrador named Houston got caught between a rock, a creek and a hard place Saturday morning.

The owners were walking their dog through Cypress Falls Park when the pooch went off course and slipped down an embankment and fell into the adjacent Cypress Creek.

The poor pooch was then washed down the waterway a short distance before managing to reach a short stone ledge and getting stuck there, according to assistant fire chief Martin Leduc, of West Vancouver Fire and Rescues Services.

The fire department was notified by the owners that their canine needed rescuing at around 10:45 a.m.

After meeting up with the owners, two firefighters in ropes and safety harnesses managed to reach Houston and lifted him back onto the embankment. Along with the firefighters’ guidance, he was then able to get back on the trail and reunite with his owners.

“The dog was uninjured and it was a happy ending,” said Leduc.

#rescue #rescuedog West Vancouver Fire Rescue crews successfully reunite a now happy dog with their family. One of the many reasons why we train! @WestVanDistrict @WestVanFireDept pic.twitter.com/NIFulF2u8a