A nine-year old Australian shepherd/blue heeler dog is recovering after being attacked by a bear on Whistler Mountain.
0
Aug 2, 2019 2:13 PM By: Braden Dupuis

A nine-year old Australian shepherd/blue heeler dog is recovering after being attacked by a bear in the Garbo Zone in the Whistler Mountain Bike Park on July 25.

The dog, Molly, was accompanying her owner, Steph Malette, a Whistler Blackcomb (WB) trail builder, when the pair came across an aggressive black bear. 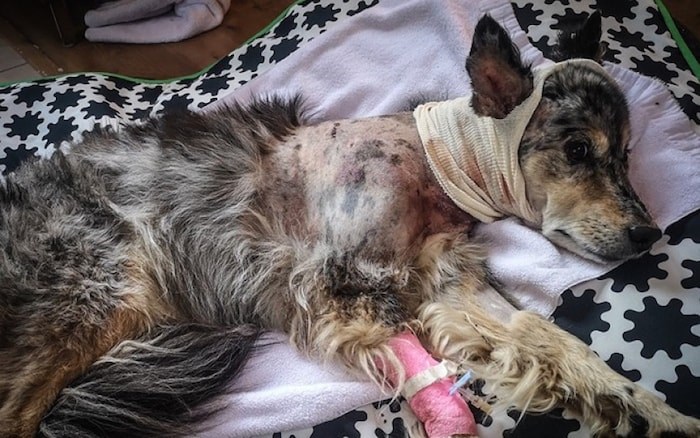 "The bear charged us and managed to grab Molly by the neck, swinging her like a rag doll," Malette wrote on a GoFundMe page set up for Molly. "I screamed and threw objects at them to try to break the scuffle, to no avail. The bear dragged Molly through thick forest where I couldn't see or hear them anymore. At this point I was thinking that Molly had not survived the brutal attack and I retreated to safety and called for help.

"I broke down thinking that I had lost my best friend when someone came screaming that there was a bloody dog higher up the hill. Molly had managed to free herself and instinctively ran back to my truck, she was beaten and bloody but she was alive!"

The Conservation Officer Service (COS) investigated the incident, and determined there was no evidence to indicate the dog was chasing the bear, said Sgt. Simon Gravel, noting that, under the Wildlife Act, an individual can be charged for letting their dog chase a bear.

"In this case, it was not exactly what happened," he said. "We understand it was a group of workers that were on the mountain, they had a dog with them, and the bear came and it was like a bit of a fight between the dog and the bear."

More than 50 per cent of negative encounters between the public and bears involve dogs, Gravel said.

"That's why we always recommend to keep your dog at home when you go in bear country, and obviously inside of the Whistler municipality under the bylaw your dog is supposed to be on leash," he said. "So that's a good way to avoid such situations." 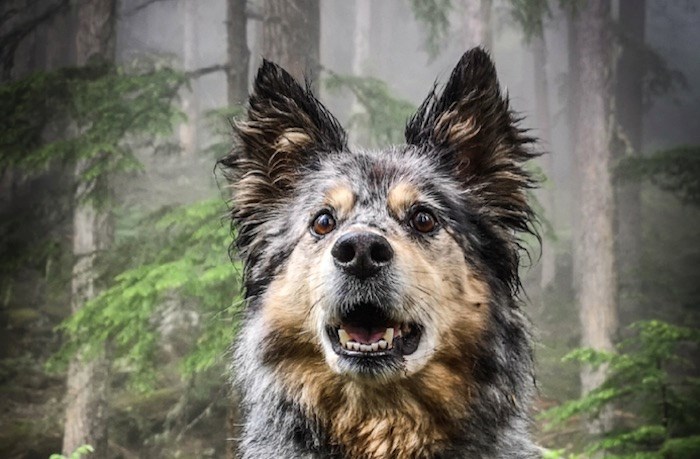 WB's policy states that it does not want employees to bring their dogs on the mountain, said communications director Marc Riddell.

"It's a super unfortunate incident. We feel real bad for our employee Steph, and certainly we really feel badly for the injuries that his dog Molly suffered, and at the same time we're also extremely thankful that the bear wasn't euthanized as a result of the interaction," Riddell said. "We completely understand people's connections to their pets—we do have working dogs on-mountain, like our patrol dogs—but we do have a clear policy in that case where we don't want our employees to bring their dogs on-mountain."

Following the incident, WB will "re-emphasize" the policy with staff, Riddell added.

After a relatively quiet summer, bear activity is beginning to pick up in the valley, Gravel said. Residents and visitors are reminded to secure all attractants and report bears in residential areas by phoning 1-877-952-7277.