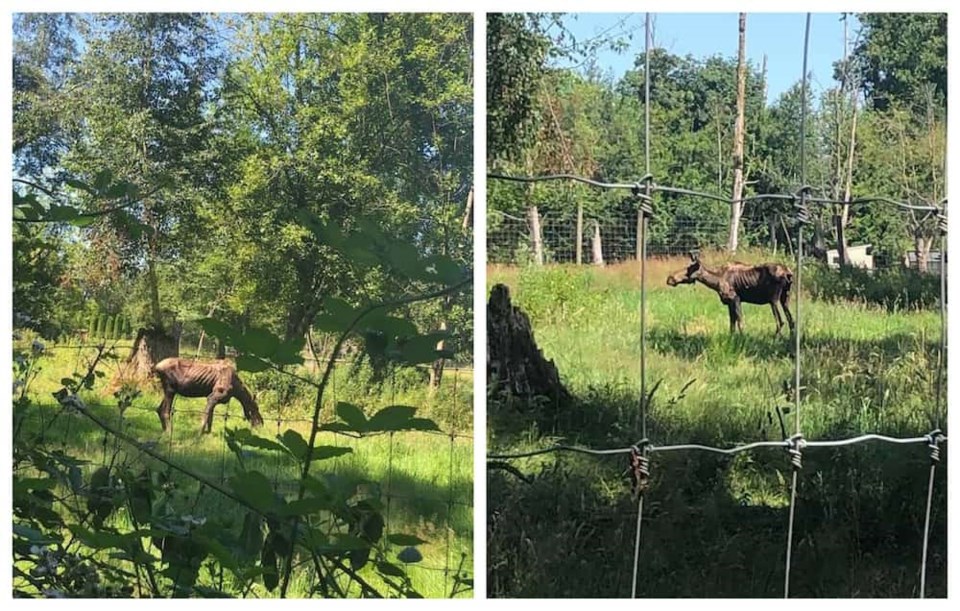 The BC SPCA is investigating after photos of a malnourished-looking moose surfaced on social media this week.

In a Facebook post, Shannon Marcoux said that she took her children to the zoo earlier this week. However, she was shocked when she saw the moose without any signs indicating why it was so thin.

"I emailed the zoo and the response was basically that she’s old," writes Marcoux. "I don’t believe that being old makes it okay to starve to death in a facility."

"Apparently I am the first person to contact them about this, which is disturbing in itself. Please feel free to make a call yourself if you feel the need: the squeaky wheel gets the grease." 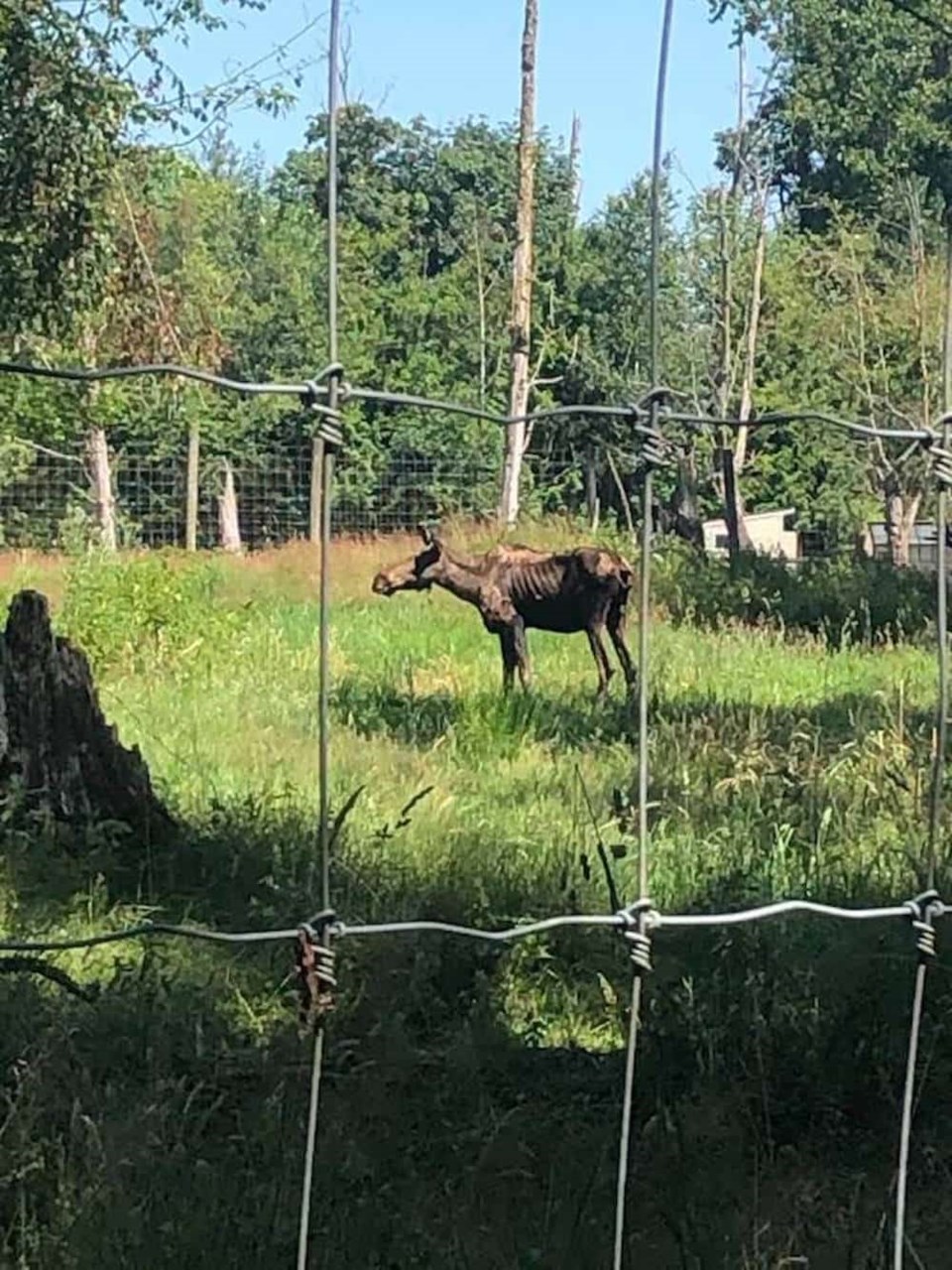 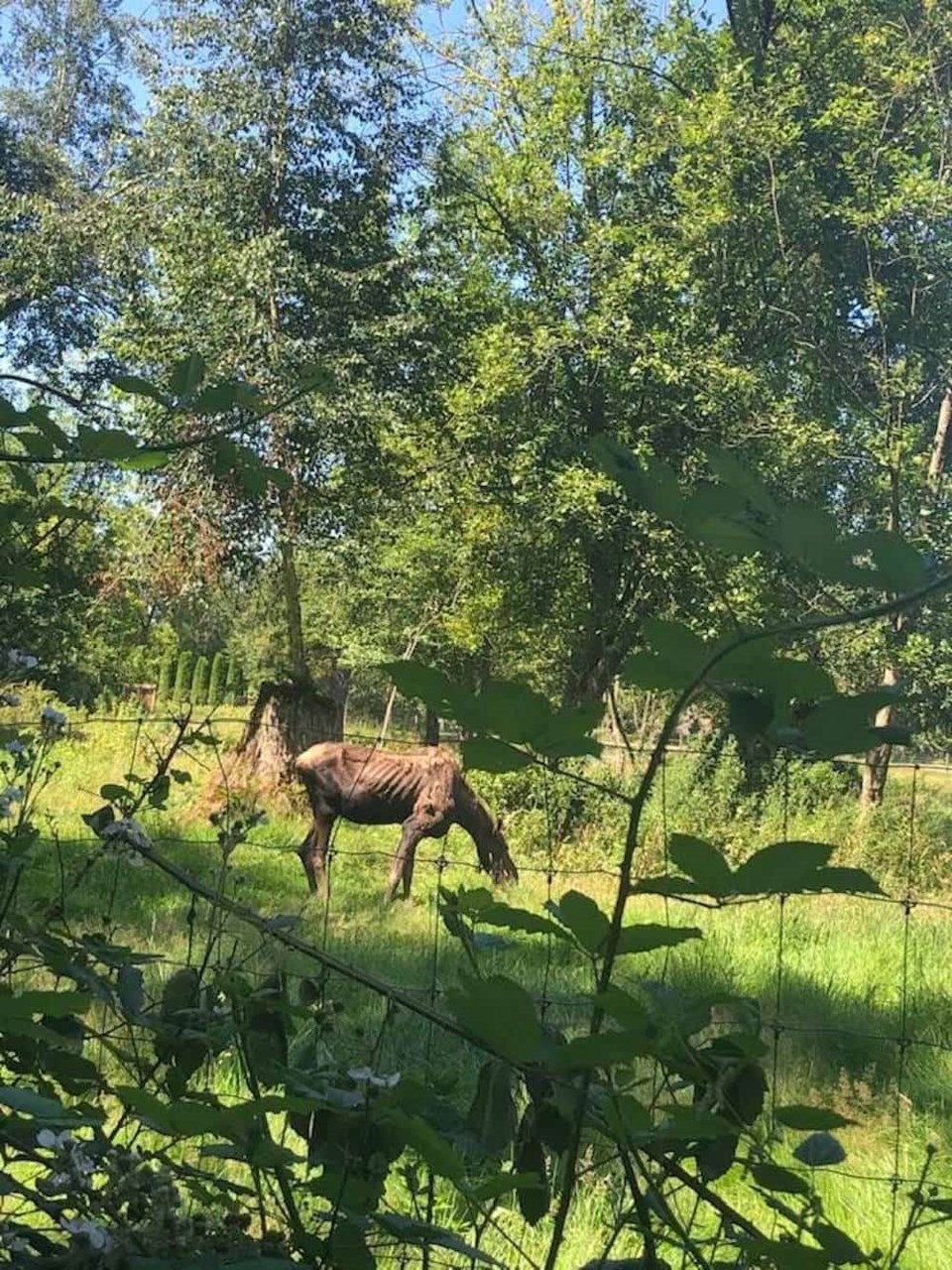 Eileen Drever, Senior Protection Officer, BC SCPA, tells Vancouver Is Awesome in an email that the SPCA received a call about the moose on July 21. However, she notes that Marcoux originally sent an email to the zoo addressing her concerns about the moose.

"Menita Prasad, Animal Care Manager/Media Spokesperson responded explaining [that for] moose held in captivity, their life expectancy is 8 years of age for females and 6 years for males," writes Drever.

In April, Serge Lussier, General Manager of the Greater Vanouver Zoo, told V.I.A. in a phone call that the zoo is planning a massive, multi-million dollar renovation over the next five years.

As for the vision of the new zoo, Lussier says it will have a Canadian and an African Safari Park. In the Canadian one, he says visitors will find a number of species that call British Columbia home.

"It will be a piece of Africa in the heart of B.C.," describes Lussier. "There will also be an African village."

In December 2019, the Vancouver Humane Society called for significant reform at the Greater Vancouver Zoo. Commissioned by the VHS from Zoocheck, the report found that many of the GVZ's animals were living in unsuitable conditions, which include under-sized cages that restrict them from their natural behaviour. While the report notes that the GVZ has made positive changes since the 1997 report was published, it states that, "some longstanding issues remain problematic and should be addressed."

The report also called for the GVZ to remove animals that aren't suited to B.C.'s climate, as well as any animals that it can't accommodate in a way that better meets their overall needs.

V.I.A. has reached to to the GVZ and will update the post when more information becomes available.

Neglected pets seized from Metro Vancouver home were abandoned at start of pandemic
Aug 9, 2020 1:49 PM
Comments
We welcome your feedback and encourage you to share your thoughts. We ask that you be respectful of others and their points of view, refrain from personal attacks and stay on topic. To learn about our commenting policies and how we moderate, please read our Community Guidelines.