The Agriculture Ministry says an extremely infectious disease has killed several pet rabbits in a downtown Vancouver apartment building.
0
Jun 22, 2019 10:43 AM By: The Canadian Press 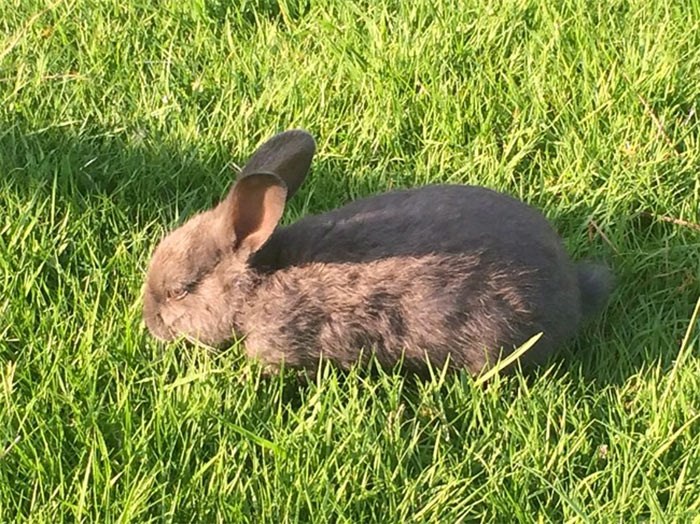 A wild rabbit grazes in Nanaimo, B.C. in this Feb.2, 2018 photo. A disease that has killed hundreds of feral rabbits in British Columbia has prompted a Metro Vancouver zoo to take precautions to protect its bunnies.THE CANADIAN PRESS/Dirk Meissner

It says the province's chief veterinary officer has issued a general order under the Animal Health Act to stop owners from moving rabbits in or out of the building.

And it is requiring them to get their pets vaccinated for rabbit hemorrhagic disease.

The ministry says in a release the lethal disease is exclusive to rabbits, and people and other animals such as dogs and cats cannot be infected.

The disease has previously been found in feral, commercial and pet rabbits in Parksville, the Comox Valley, Nanaimo, Richmond, and Delta.

Rabbit owners are being advised to contact a veterinarian immediately if they notice signs of illness in their pets.

"B.C.'s chief veterinary officer proactively obtained a special import permit to supply the rabbit hemorrhagic disease vaccination to veterinarians throughout the province," the ministry said in the release Friday.

"Many pet rabbits have already been immunized."

Last year, the SPCA temporarily stopped taking rabbits into its Nanaimo shelter after tests on dead feral rabbits found in the city determined they had died of the disease.

At the time, the SPCA said the disease had been diagnosed for the first time in British Columbia after two other cases elsewhere in Canada.