Grouse Mountain has a message for you: bear with us.

The mountain resort’s resident grizzly bears, Grinder and Coola, have emerged from hibernation following a 128-day winter dormancy, according to a release. 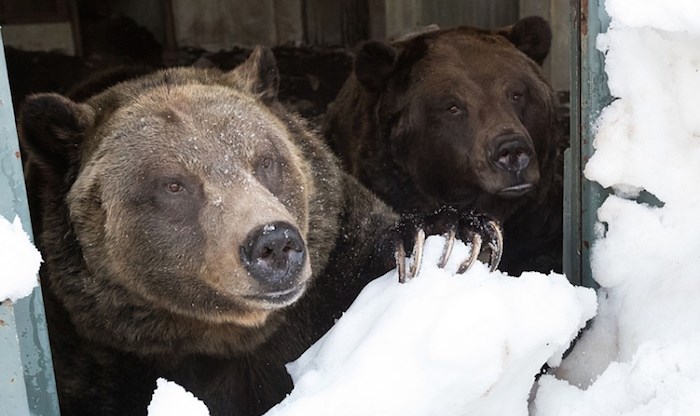 Cheers and applause greeted the furry duo as they emerged, concluding the bears’ 18th hibernation period at the Grouse Mountain Refuge for Endangered Wildlife.

Grinder and Coola originally came to Grouse Mountain in 2001 after they were rescued following being orphaned during separate incidents in Bella Coola and Invermere, B.C., according to the release.

Wildlife rangers monitored the grizzly bears via an infrared camera placed in their den during hibernation.

The grizzlies will now explore their hibernation habitat as the team with the Refuge for Endangered Wildlife prepares their full 5.5 acre summer habitat.