The pond was empty all winter after the koi were removed in late November after a river otter entered the garden and, over several days, killed 11 of the adult fish. The remaining three adult and 344 juvenile koi have been staying at Vancouver Aquarium ever since. Until today, when the three resident adult koi were returned to the pond, along with two donated mature koi and half of the juveniles. 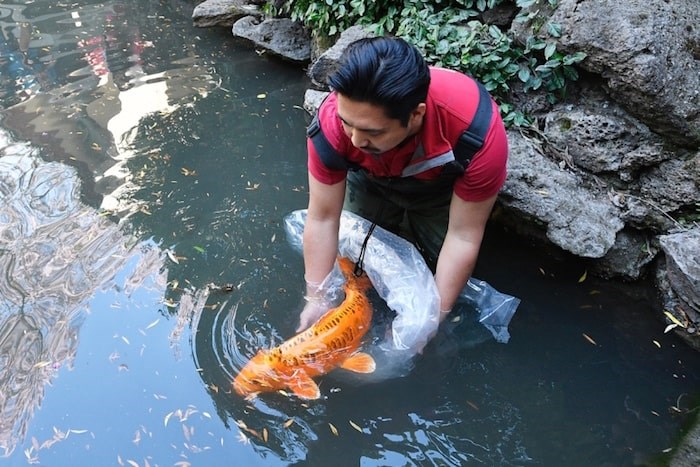 Shored up by donations from UBC’s Nitobe Memorial Garden and a private collector, the garden is now home to 20 adult koi. 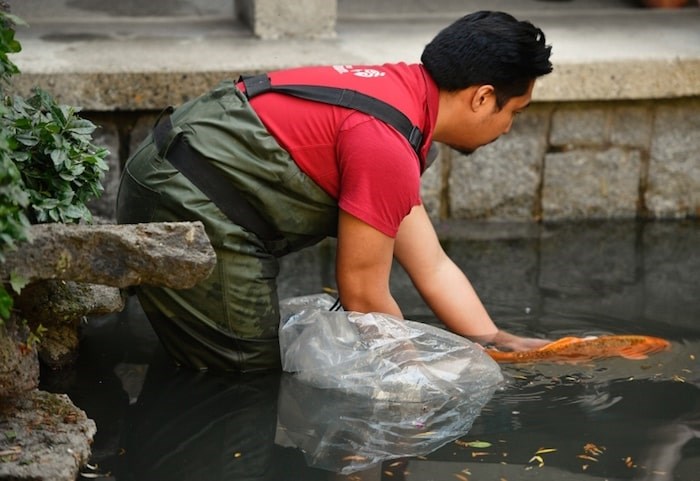 “In the past five months we have worked closely with our partners to bring our koi home safely,” said Debbie Cheung, marketing and communications manager at Dr. Sun Yat-Sen Classical Chinese Garden.

“It has been a gradual, careful process… We are truly grateful for UBC Botanical Gardens’ act of kindness in lending another garden a hand when in need.”

“They’re [as] intelligent as they are beautiful — symbolizing fortune, abundance and perseverance, which they have certainly shown through this process.

“For the past 33 years, our koi have helped us bring people from all background together in understanding and appreciation,” she said. “They have delighted students and visitors on field trips and guided tours, they have given everyone, including our staff and volunteers, some incredible memories.” 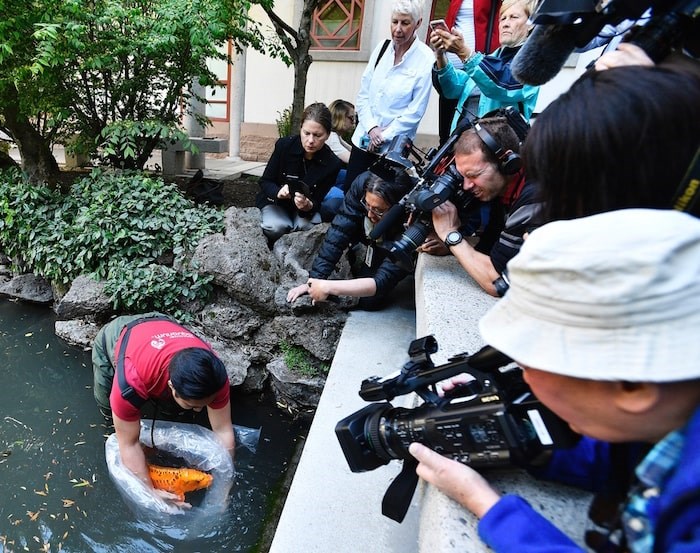 She shared a story from a long-time docent at the garden who, while giving a tour of the garden a few years ago, witnessed a large koi protecting a baby turtle from an approaching heron, pushing the bird until it flew away.

Cheung said the garden is inviting members of the public to share their own stories and memories of the Dr. Sun Yat-Sen koi either through email (at communications@vancouverchinesegarden.com) or on social media using the hashtag #OdetoKoi.

Howard Normann, director of parks with Vancouver Park Board, said it’s believed the otter made its way from False Creek to Andy Livingstone Park, where there is a pond and fountain, and moved into Dr. Sun Yat-Sen after the water in the park was shut off for winter.

“It was shortly after that that the river otter showed up here,” he said, adding that he’s heard from some residents in the area that people were feeding the otter. 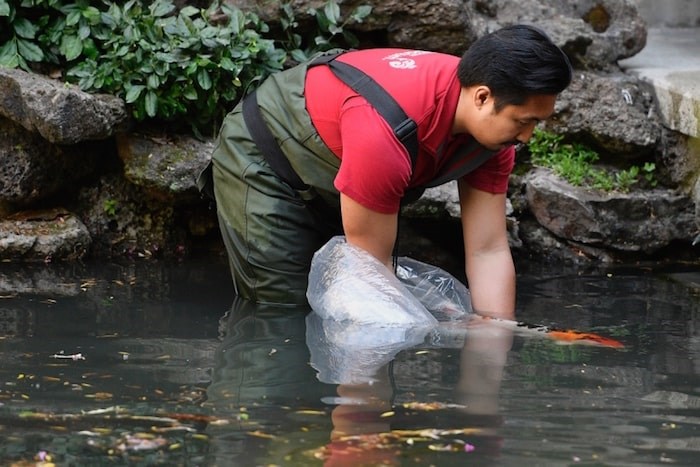 Normann said park board staff has modified the gates at the garden, adding metal plates to deter any future visits from otters, or other animals.

“It’s really an important piece for the garden to have koi here,” he said. “I think it’s been a really happy ending to the tragic story of when we lost the koi a while ago.”

Another positive outcome from the story, is all the attention it has brought to Dr. Sun Yat-Sen. The story of the rogue river otter eating many of the garden’s koi got widespread media coverage.

“I think the silver lining is the exposure to the garden… This is a really special place. It’s a bit of an oasis in the Downtown Eastside with Chinatown next door… and I think people there will be a lot of people coming down to see the koi. And maybe just enjoy the garden, that’s what it’s here for,” Normann said. 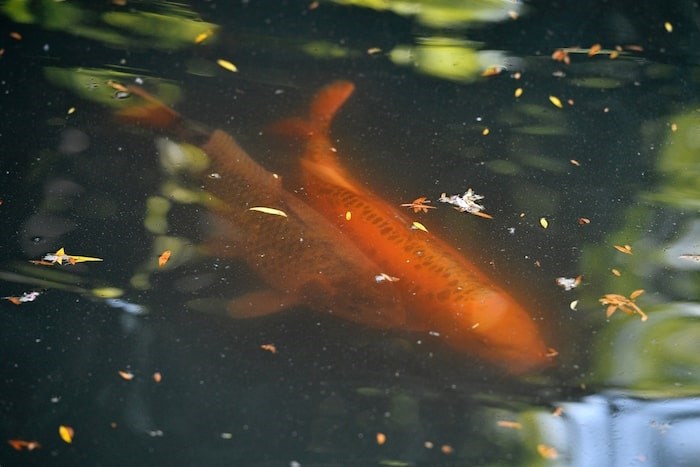 “We’re just happy to see our koi back and the new koi joining us,” Cheung said, adding that the story seemed to generate more interest from the public in the garden, the significance of the koi and Chinese culture in general. “I think this is going to see more traffic, more people coming in to visit us, so I look forward to the summer months.”