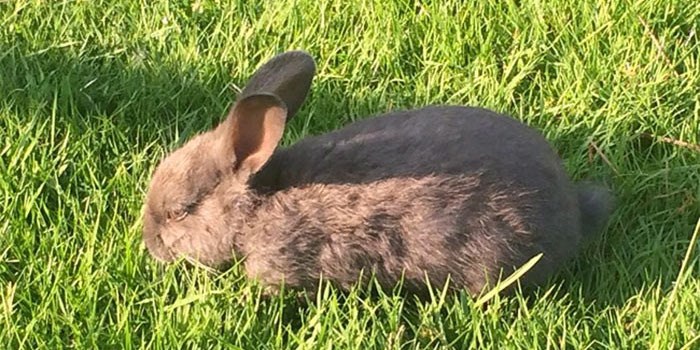 Rabbit hemorrhagic disease, fatal to pet rabbits, has reappeared in B.C., this time on the Saanich Peninsula on Vancouver Island, and the provincial government is warning pet owners to take precautions.

It’s the second year in a row rabbit hemorrhagic disease has appeared in B.C. Last year it showed up in feral rabbits found dead in Nanaimo and on the Lower Mainland.

Schwantje said wild eastern cottontails don’t appear be affected. The eastern cottontail is not native to B.C. but some have been imported and released in B.C. and Vancouver Island and populations appear to be becoming established.

“But cottontails don’t appear to be susceptible to the virus,” said Schwantje. “At least we have not found a dead one associated with the virus.”

Pet rabbits bred from European animals, however, invariably die. Listlessness, lack of co-ordination and trouble breathing may appear as symptoms.

Schwantje said the most common, first, noticeable symptom is sudden death with blood sometimes on the nose.

The virus spreads through contact, in food, water and bedding. If an animal dies in an underground burrow the virus can reappear as much as a year later.

Schwantje said people out walking on the Saanich Peninsula should not bring debris or plants home for their pets. Shoes should be changed before tending the animals.

Schwantje said the virus will likely continue to show up, especially among the feral populations of pet-variety rabbits.

She noted people who release pet-variety rabbits into the wild are not doing the animals any favours. They might find things to eat but they will not live well.

“It’s not a nice life for a rabbit,” said Schwantje. “It’s not like sitting in a nice, warm cage and eating alfalfa pellets.”