Meet the awesome 'singing' pig who needs a home (VIDEO)

He's a rescue pig who has been in the care of the BC SPCA since September 2016, but he still needs a forever home.

Lyle is two years old, and was part of a group of animals seized as part of a cruelty investigation. When he came into the BC SPCA's care he didn't like to be touched and was quite fearful, but now this charming swine is social, and is even known to "sing" for his favourite volunteer.

Pig "singing" as you might imagine, may not get Lyle onto a TV talent show, but it will make you smile.

"I’m not sure if he’s opera-ready, but it’s great to see him so much more social and vocalizing so much," says Leiki Salumets, BC SPCA farm animal care supervisor.

Thanks to his happier conditions, Lyle has also grown fond of the good things in life, like a good belly or foot rub. (We hear ya, Lyle, that's good stuff.) 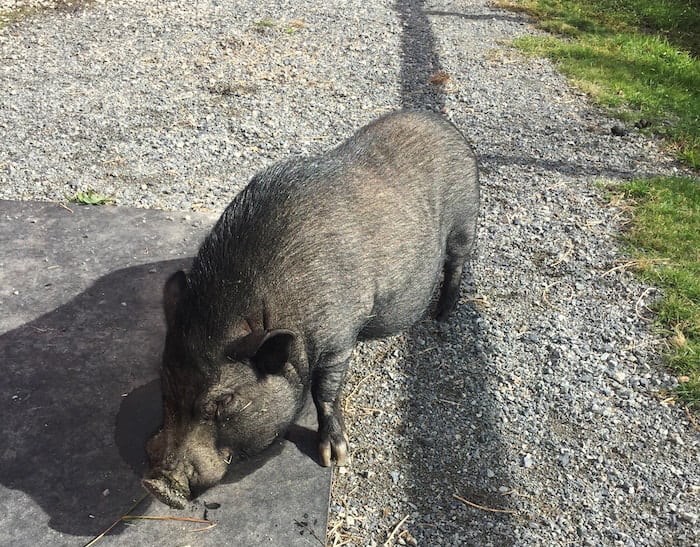 But Lyle does need to find a permanent home, says the BC SPCA.

"Lyle is a sweet and gentle fellow just looking for someone to fall in love with him and offer him a home where he will be doted on. He’s an awesome pig!" says Saluments.

To arrange a visit to meet Lyle, email rescues@spca.bc.ca.