The rare appearance of a marmot sparked concerns the lightning-fast rodent might be an endangered Vancouver Island marmot
Jun 26, 2020 6:05 AM By: Darron Kloster 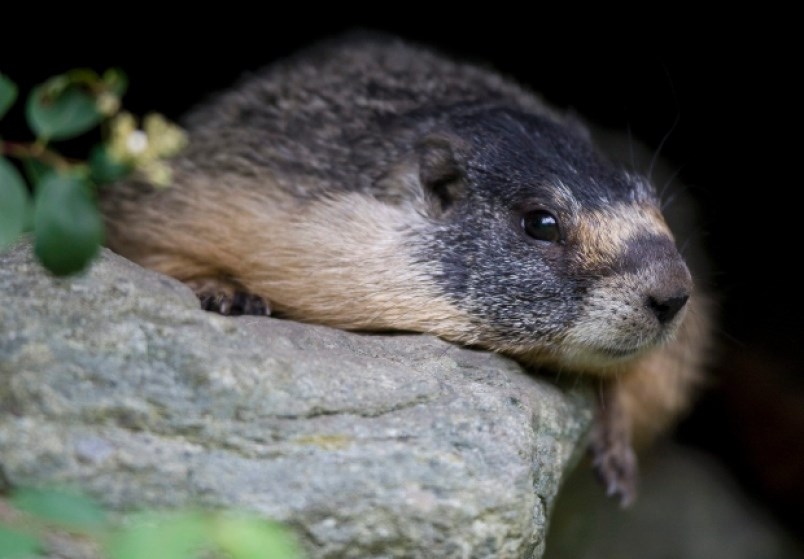 Roger, the Empress Hotel's resident marmot, is seen in a file photo. Photograph By BRUCE STOTESBURY

The wily marmot that eluded animal-control officers at a construction site in downtown Victoria last week doesn’t come as a surprise to Ian Fraser.

The manager of Victoria Animal Control Services has dealt with wayward marmots before and staff have already had several other wild encounters this year, including snakes, river otters, herons, raccoons and deer.

“The unusual is the usual around here,” Fraser said Tuesday.

Service for wildlife is on top of the usual calls about dogs and cats.

The rare appearance of a marmot on Yates Street, where work was continuing on a construction project, sparked concerns the lightning-fast rodent might be an endangered Vancouver Island marmot, or the marmot named Roger that has been living since 2008 in a burrow among the rock landscaping on the north side of the Empress Hotel.

Both theories are considered unlikely.

The marmot is thought to be a yellow-bellied species common in B.C., Alberta and Washington. It probably hitchhiked here in the engine compartment of a vehicle, according to officials.

Fraser helped to capture a yellow-bellied marmot in Vic West 10 years ago. That animal had caught a ride from the Tsawwassen ferry terminal in the engine compartment of a car.

The marmot was seen crawling into the engine at the terminal and, despite searches and coaxing, the animal stayed hidden, he said. It was captured after the woman returned to Victoria, then transported back to the Lower Mainland and released into the wild.

The marmot in downtown Victoria on Sunday was seen going under a truck and disappearing into the engine area. The truck then left the area, Fraser said.

Yellow-bellied marmots are a concern for researchers attempting to rebuild the populations of the endangered Vancouver Island Marmot, which numbered about 30 in 2003 and have struggled to rebuild populations in the alpine areas of central and north Vancouver Island. Populations were estimated at fewer than 200 last year after the population had nearly doubled a few years before. New counts by the Marmot Recovery Foundation are starting this month.

Roger the Empress Hotel marmot has been seen this spring after emerging from hibernation, but is much larger than the marmot at the Yates Street construction sight, said Tracey Drake, the hotel’s director of marketing.

Roger is thought to have hitchhiked here in an Alberta vehicle in 2008 and dug a burrow on the Empress grounds. Early attempts to capture him were unsuccessful, said Drake, and the animal soon became a fixture in the Centennial Garden where the Empress keeps its bee hives.

“I always tell people [Roger] has the best garden suite in the city — and the best rent,” Drake said.

Last week, a river otter with an injured front leg was rescued from the beach along Dallas Road.

Officers also rescued a raccoon with a severely damaged leg from a trap in Esquimalt, and injured mink and great blue herons have been captured for care and rehabilitation.

Fraser said a doe had to be put down after having difficulty giving birth. The fawn had become stuck in the birth canal and neither could be saved.

There have also been plenty of calls about peacocks that venture into residential areas around their usual home in Beacon Hill Park, and some about snakes, most of which turn out to be garter snakes.

Wild animals are taken to the Central Victoria Veterinary Hospital on Roderick Street, where volunteers from the SPCA’s Wild ARC pick them up for rehabilitation.

Fraser said animal control has continued to work through the pandemic. The service has four officers and two office staff.