These tiny B.C. fawns were rescued after a cougar killed their mother

The orphaned fawns will spend their life with Beyond Bears, a specialized animal training company based in Abbotsford.
May 30, 2020 9:56 AM By: Glacier Media 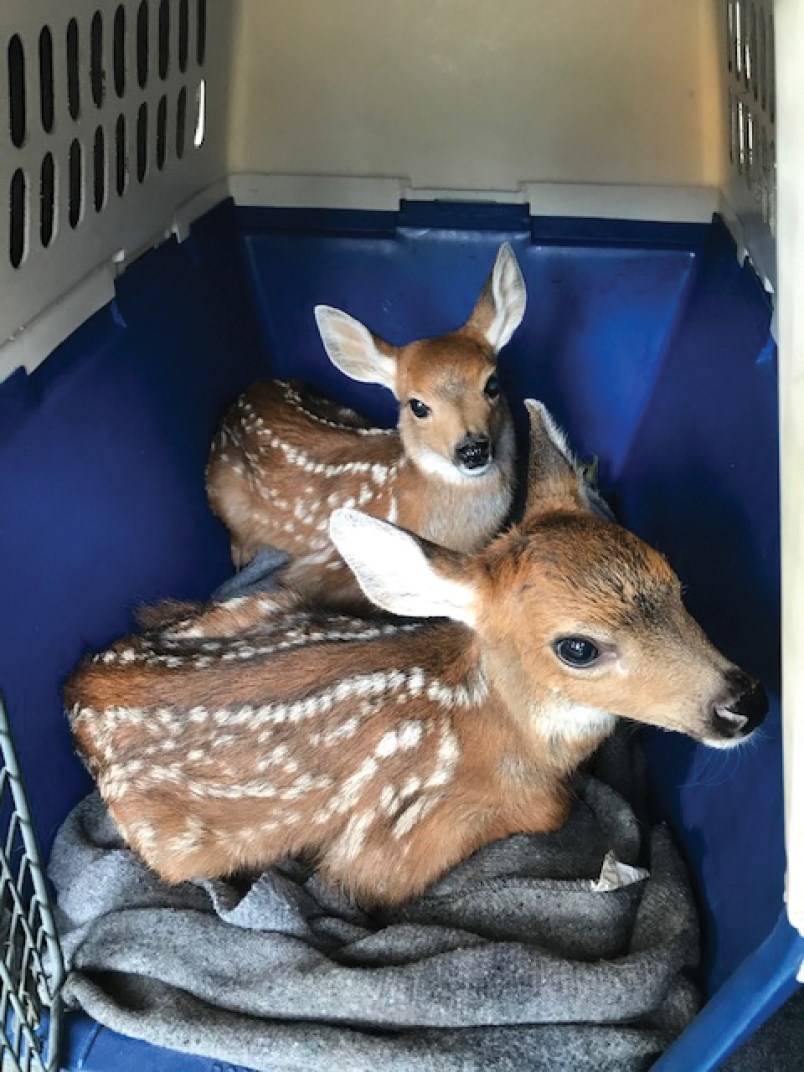 Two orphaned fawns were rescued from a waterfront property in Roberts Creek, on B.C.'s Sunshine Coast, on May 20.

Two fawns have been rescued from a waterfront property in Roberts Creek after a cougar killed their mother.

A doe and stag had been living on the property for some time, and the resident noticed the fawns were born the week of May 11. A cougar killed the doe the morning of May 19.

“We responded and found the two little fawns in the bush, hiding as they do,” said Sgt. Dean Miller of the Conservation Officer Service (COS).

It’s normal for does to leave their fawns for up to 12 hours while foraging elsewhere. “Of course we knew what happened to the doe, so we captured them and contacted a regional biologist,” said Miller.

This isn’t the first cougar conflict in Roberts Creek this spring.

A cougar also killed a dog last month near the heart of Roberts Creek along Beach Avenue.

At the time, the COS advised the public to take extra precautions. But because of the increased frequency of sightings and the fact that the cougar was being seen far from the forest, the COS brought hounds into the community to locate what they believed was a large male cat.

Separate people observed the cougar in the area on two occasions the morning of May 20.

The cougar was not located by the hounds, but because conservation officers removed the deer corpse and took away the fawns, they expect the cougar to move on.

“That area is a corridor for wildlife and a sample of the food chain. You do have the prey species eating non-native plant species and then the predators follow,” Miller said.

As for the fawns, they will spend their life with Beyond Bears, a specialized animal training company based in Abbotsford.

Owner Mark Dumas said the fawns will be trained for film and television. The company’s credits include Cold Pursuit with actor Liam Neeson and Seventh Son with Jeff Bridges.

“You build an incredible bond with these animals,” Dumas said.

May to June is fawning season, and Miller said it’s normal for fawns to be observed alone without an adult deer.

“If the public does find a fawn … just leave it,” he said. “Don’t touch them. Identify where they are, but just let nature take its course.”

The survival rate for fawns is between 30 and 55 per cent.