A dog that has been on the loose for five weeks was finally caught in Richmond Friday morning.
0
Jan 4, 2019 12:49 PM By: Megan Devlin

A dog that has been on the loose for five weeks was finally caught in Richmond Friday morning.

Al MacLellan, a professional pet detective with Petsearchers Canada, brought in a very wet Littlefoot and texted a photo of him to the pup’s delighted owner Jocelyn Aspa. 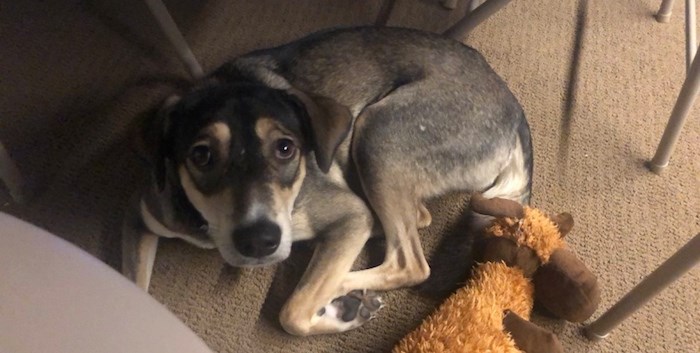 “I am relieved, I’m shocked, I’m still kind of speechless. I’m so excited that the journey is now over,” she told the Richmond News.

This was the text. He caught Littlefoot this morning. He called me after this text. Said Littlefoot looks good and he’s going to take him to a vet before bringing him home. I am speechless. 5 weeks to the day after I last saw him, my boy will be coming home. #LittlefootFound pic.twitter.com/wuEnsiDASq

Once the vet makes sure Littlefoot is in good health, he’ll be reunited with his family in the afternoon.

He went missing Dec. 2 from Vancouver’s Mount Pleasant neighbourhood when Aspa’s boyfriend, who has epilepsy, had a seizure while walking him. When he came to, Littlefoot was gone.

The pup went on a journey through Vancouver, nearly being caught by animal control, before crossing into Richmond mid-December. He’s been hanging around the city for the last three weeks, and many people called in sightings to Aspa as he traversed from Lansdowne through Capstan, down near Steveston and north again.

As more and more people began looking for Littlefoot in the city, some began to chase after the dog hoping to catch him themselves. That only served to make the naturally timid dog more skittish, Aspa said.

Aspa said she’s just glad all of that is over now. She adopted Littlefoot from Thailand via a rescue agency in September, and is excited to get back to her normal life with the pup.

“Just having him watch TV with us. Just little things like that. Maybe don’t seem like a big deal … But when you don’t have [your dog] all you want is to get them back."