Police use stun gun to subdue aggressive emu on the lam in B.C.

Police used a stun gun to subdue a runaway emu that was disrupting traffic and getting aggressive with officers in Chemainus Tuesday morning.
0
Aug 14, 2019 7:13 AM By: Times Colonist

Police used a stun gun to subdue a runaway emu that was disrupting traffic and getting aggressive with officers in Chemainus Tuesday morning. 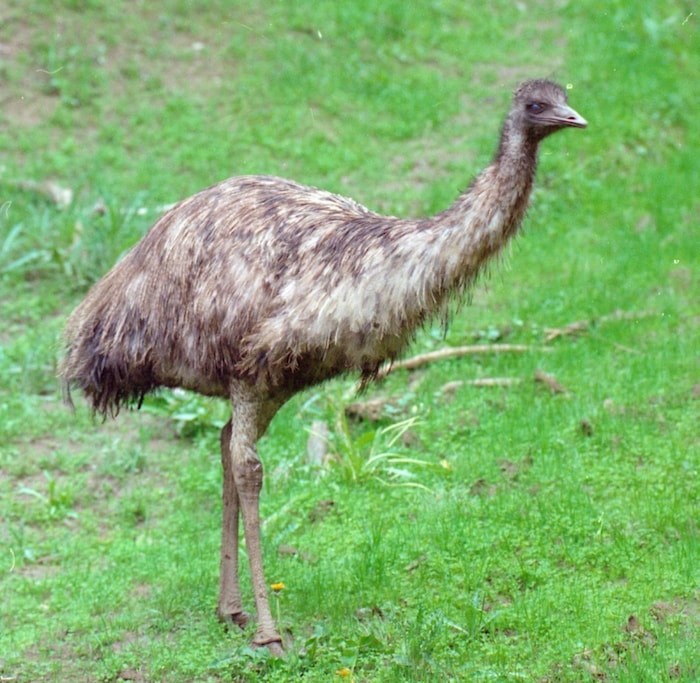 The emu is a large, flightless bird, native to Australia. Photo by D Brash/Times Colonist

North Cowichan/Duncan RCMP officers came across the disturbance about 9:45 a.m. while on routine patrol in the 8000-block of Chemainus Road.

“The emu was disrupting a steady flow of traffic and it was quickly discovered that it was a safety concern for passing motorists, pedestrians, and residents,” RCMP said in a statement.

The flightless bird had apparently walked away from a nearby minimum-security farm.

RCMP blocked traffic in both directions for about 30 minutes while police and animal control officers tried to settle the intimidating suspect, which weighed in at about 100 pounds and stood five feet, seven inches tall.

Police described the emu as “quick to agitate” and “aggressive toward officers.” After consulting with Coastal Animal Control Services, police decided to use a conducted energy weapon or stun gun to bring the bird under control and minimize the risk of injury to the animal, officers and motorists.

Following its capture, the emu was taken to a nearby farm at the owner’s request. The bird appeared uninjured, police said.

“Our primary concern is always safety … not only to the public and to our officers, but also to animals,” said Staff Sgt. Chris Swain, acting officer in charge of the detachment.

“We are pleased that officers were able to maintain public safety while using as little force as necessary toward the aggressive emu to ensure its safe return to a nearby farm.”