A video, posted to Vancouver Aquarium’s Facebook page, of rescue teams removing a plastic packing band from around a male sea lion’s neck on Sept. 16 shows the huge effort it takes to save these beautiful animals.
0
Sep 26, 2019 2:50 PM By: Elisia Seeber

A 500kg Steller sea lion has been filmed swimming with delight after Vancouver rescue teams successfully freed the animal of a plastic band stuck around its neck. 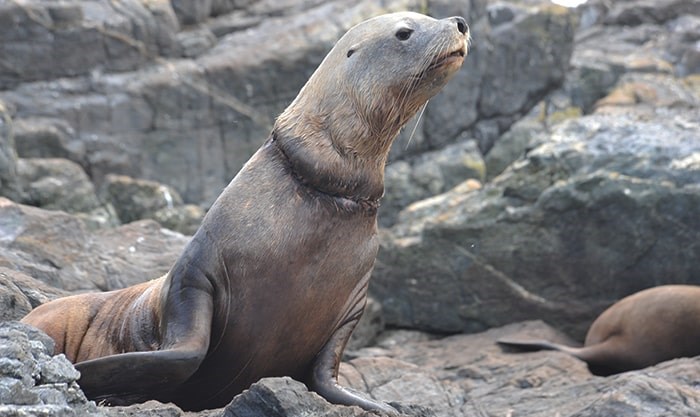 Vancouver Aquarium shared a video of the success story on its Facebook page this week, highlighting the tremendous effort rescue teams make to save these beautiful animals.

With the help of Race Rocks Eco-Guardians, looking out from the lighthouse, teams were able to spot the male Steller sea lion with a severe wound from having the plastic wrapped tightly around its neck. 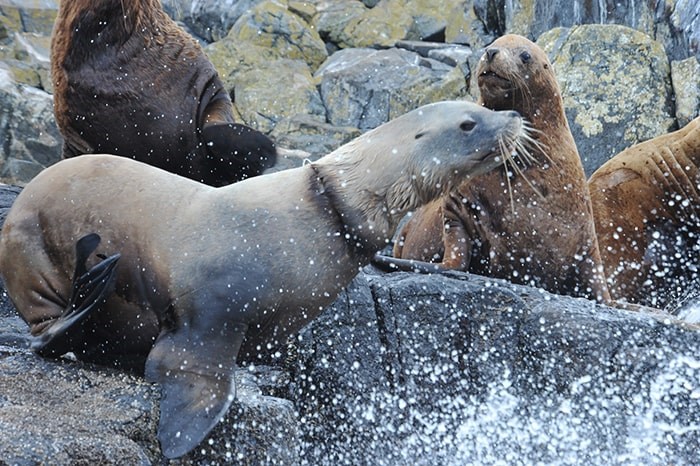 To help an animal of this size, Vancouver Aquarium head veterinarian Dr. Martin Haulena’s strategy is to sedate the sea lion from a distance, using an air-powered dart containing immobilization agents.

“Obviously they [sea lions] don’t let us walk up to them and take whatever the material is off of them,” he told Vancouver Is Awesome.

“So over quite a few years we’ve helped to create a combination of drugs that we can deliver via a dart to those entangled animals that results in quite a safe and fairly reliable anesthetic that allows us to help them out.

“If the animal goes into the water, which they often do, the anesthetic keeps them awake enough so they can float and breathe but it’s deep enough that we can get to them."

Haulena said it takes about 12 minutes for the drug to kick in. In this instance, the sea lion then went into the water and it took crews bout 20 to 30 minutes to find the animal.

"Once you’re alongside the animal it’s really only five to 10 minutes to deal with the entanglement, do some tagging and give the [anesthetic] reversals to the animal," Haulena said. 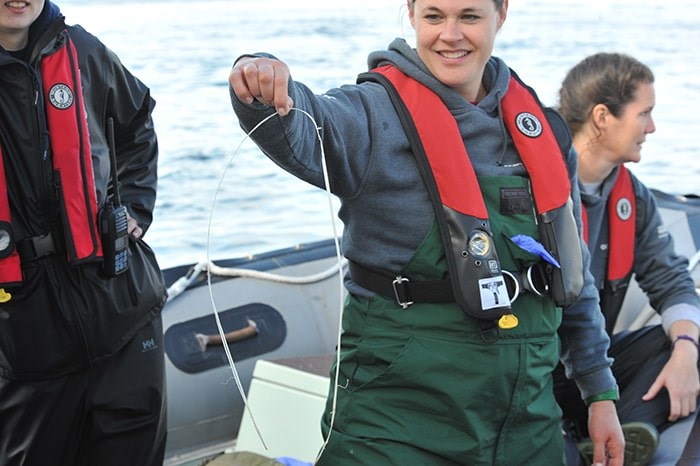 While it was all smiles when the team successfully cut off the plastic band, Haulena said garbage was an ongoing problem for marine animals in B.C.

“There’s a marine mammal biologist we work with, Wendy Szaniszlo, who has done a lot of survey work through British Columbia and she feels that at any period of time there might be 200 to 400 animals that have some form of garbage on them,” he explained.

Rescue Centre staff have conducted dozens of rescue efforts since 2013, and to date have rescued more than 20 entangled sea lions, but Haulena said it often wasn’t an easy task.

“It’s super hard to get to them," he said. "We try and get out as much as we can but the logistics are incredibly challenging so we do need animals to be reliably in a place we can get to. These animals are highly mobile so we might get a report of an animal somewhere and the next day it’s gone.”

He said teams were also hampered by weather in rescue attempts and conditions had to be “nearly ideal.”

“If there’s strong wind or wave action it’s very difficult to A, dart the animal, and B, more importantly, recover the animal if it goes into the water.”

Haulena said rescue teams have had some unfortunate luck this year, where they couldn’t find some reported animals in need, so it felt great to have been able to help this time round.

In the video, the huge sea lion can be seen swimming freely with delight once the plastic is removed.

Haulena said watching it happen is “the best feeling in the world.”

See it for yourself, below: