If you really do love animals, “LEAVE THOSE SEAL PUPS ALONE” – that’s the latest message from the Vancouver Aquarium Marine Mammal Rescue Centre.

The stern advice comes after an increase in strange and inappropriate human interference cases involving harbour seal pups this season, including a woman taking a pup and putting it in a bathtub and another feeding one a chicken drumstick. 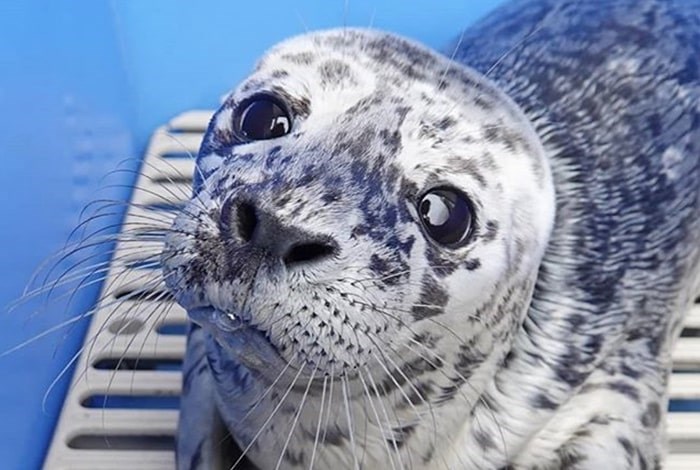 This little pup was found separated from his mom in Cowichan Bay. Photo Vancouver Aquarium MMRC

Emily Johnson, assistant manager of the rescue centre, says there has been 11 seal pups admitted since the end of June that were impacted by human interference before being reported.

So far this year 93 seals have been admitted to the rescue centre.

The list of inappropriate behaviour goes on: people have physically put pups back in the water; fed them other unnatural items like smoked oysters and cow’s milk, patted them on the head and hung them upside down by their flippers to take pictures.

Johnson said one well-meaning member of the public called a local wildlife centre to report an “orphaned” pup, and then, without waiting for a response, drove it to a local veterinary clinic and dropped it off.

“Another woman placed a pup in her bathtub before calling to report it, and one man scooped up two newborn seal pups in a couch cushion case, zipped them up, and put them in the backseat of his car next to his dog to drive them over to the Rescue Centre,” she said. 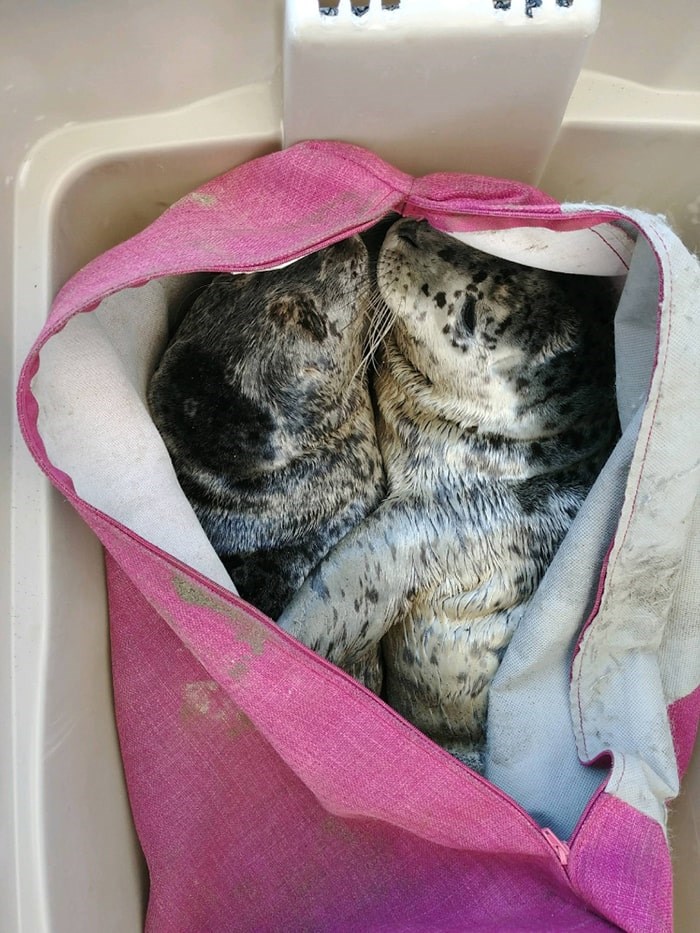 Johnson said some of these animals were in poor shape and did need to be rescued, but some of them did not.

“Once a pup has been removed from its natural environment it makes it difficult to be reunited with mom, and then we have no choice but to rehabilitate them,” she said.

“That’s why it’s crucial for anyone who spots a pup on its own to leave it be, and to call the rescue centre.”

She wanted to remind people that it wasn’t unusual to see a seal pup on its own at this time of year.

“Unlike some other marine mammals, harbour seal mothers can’t sustain lactation unless they go out and forage,” Johnson explained.

“The mother might be absent for several hours, so it’s imperative that humans and pets leave them alone.”

The best thing a person who encounters a solo seal pup can do is remain calm, quietly observe from a distance, prevent pets and other people from approaching and call the rescue centre to report its location.

Trained staff and volunteers at MMRC will then start a case file for each animal reported and collect important information and pictures to review the pup’s body condition.

“We want to make sure that every pup reported is indeed separated from its mom because we know that a healthy pup’s best chance of survival is being raised by its mother," Johnson said.

The centre rescues, rehabilitates and releases about 150 animals each year. Most of them are harbour seals, but the veterinary team also provides medical treatment to elephant seals, sea otters, sea lions, whales, dolphins and porpoises.

The team’s objective is always to release these wild animals back into nature.