“I’m absolutely thrilled. The Indianapolis Prize is as close as one gets to a Nobel Prize in animal conservation,”

A UBC biologist is being honoured with one of the most prestigious accolades in animal conservation for her trailblazing work in protecting seahorses and other marine life.

Amanda Vincent has won the 2020 Indianapolis Prize - an annual award that honours the most successful animal conservationist in the world. Aside from international recognition, the highly-touted award also comes with a sizeable $250,000 cash prize.

The influential prize recognizes conservationists who have made significant progress in saving a species, or multiple species, from extinction.

Vincent, who was the first biologist to study seahorses in the wild, is the first marine conservationist to win the award.

“I’m absolutely thrilled. The Indianapolis Prize is as close as one gets to a Nobel Prize in animal conservation,” said Vincent, a professor at the Institute for the Oceans and Fisheries at UBC, where she directs Project Seahorse.

“I started off wanting to save seahorses but we quickly realized that many of the biggest threats to seahorses – from illegal wildlife trade to annihilation fishing practices like bottom trawling – are the same threats faced by many other ocean species and habitats. If we could convince people to protect seahorses, maybe we could save the ocean too.”

Considered the foremost expert on seahorse biology, Vincent has studied the beguiling creatures in 38 countries across the globe. She has also co-authored a definitive taxonomy that helps distinguish between the 44 look-alike species.

“My interest in them began as a way to study the evolution of sex differences because only male seahorses get pregnant and give birth,” said Vincent, who discovered that some species form monogamous pair bonds.

Vincent’s pioneering approach to their conservation rests on three pillars: a deep knowledge of the animals, promotion of the fish as essential to the world’s biodiversity and collaborative, sustainable management approaches that also benefit humans.

The conservationist realized early in her career that she would have to get seahorses recognized as a species at risk of extinction in order to protect them.

“I spent the next few years doing detective work through Asia and eventually managed to map out this massive hidden trade in seahorses spanning about 80 countries,” said Vincent. “The scale of the trade was astounding, with millions of seahorses being sold for use in things like traditional medicines, aquarium displays and souvenirs.”

In 1996, Vincent led the global conservation community to include seahorses on the International Union for the Conservation of Nature (IUCN)’s Red List – the world’s most comprehensive guide to the extinction risk of animals. 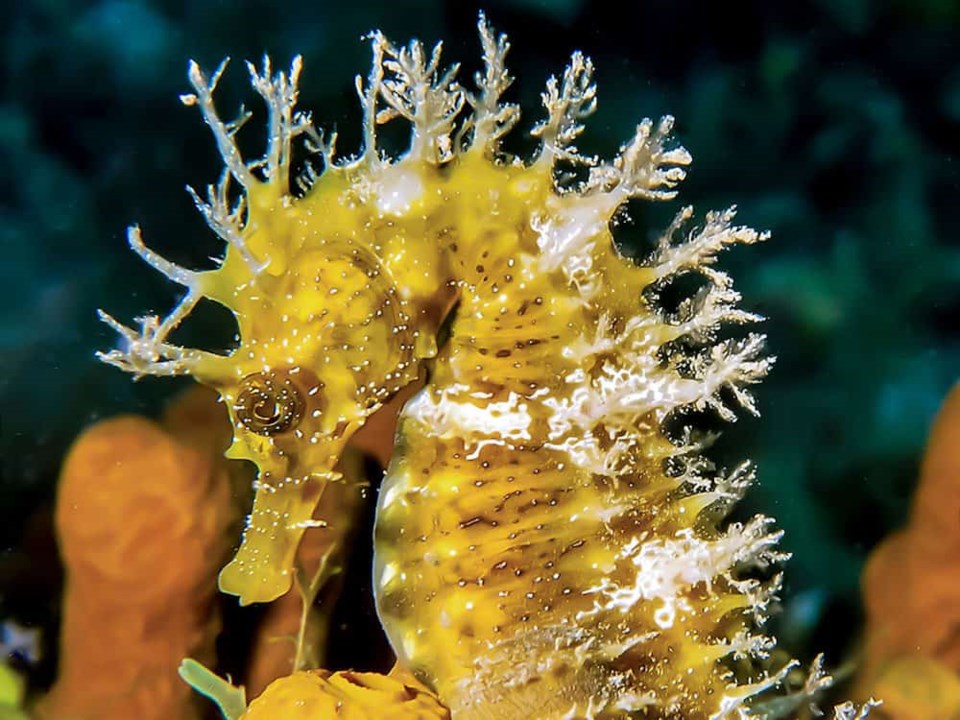 Vincent’s has inspired countless people through her life's dedication to the marine inhabitants, from school children to businesses like Guylian Chocolates Belgium, which has funded Vincent’s research and conservation activities for more than 20 years.

“Amanda Vincent’s determination to protect the ocean and the species that inhabit it is nothing short of heroic,” said Rob Shumaker, president and CEO of the Indianapolis Zoological Society Inc., which presents the award every other year. “Vincent brings a collaborative, culturally sensitive and solutions-focused approach to ocean conservation that inspires and drives positive outcomes for marine species. It’s our privilege to recognize and reward her for her immeasurable impact on ocean conservation and future of seahorses around the world.”

Vincent and her Project Seahorse team are now focused on bringing an end to the harmful fishing practice that is the single biggest threat to seahorses – bottom trawling – where industrial nets are dragged across the ocean floor, catching all life in their path and destroying vital habitats such as coral reefs, mangroves and seagrass beds. Project Seahorse estimates that more than 70 million seahorses are ripped from the ocean by trawls and other nonselective fishing gear every year.

“This waste of life has to stop – we’re allowing devastation of our oceans in a way that we would never permit on land,” said Vincent. “Through the perspective of seahorses, we have inspired many, many people globally to safeguard ocean life. The Indianapolis Prize now gives us an even bigger platform to invite and empower people to take meaningful conservation action.”

Rather than ban seahorse trade outright, Vincent has worked with local communities and the government to develop sustainable trade.

In 2002, Vincent played an instrumental role in persuading the United Nations Convention on International Trade in Endangered Species (CITES) to adopt milestone legislation to limit global seahorse trade to sustainable and legal exports, with seahorses becoming the first marine fishes to be included since the inception of the Convention in 1976.

As of 2018, countries that previously exported 96 per cent of dried seahorses had suspended trade.