Having a ruff day? The photos in the 2020 Vancouver Police Dog calendar are sure to turn things around. 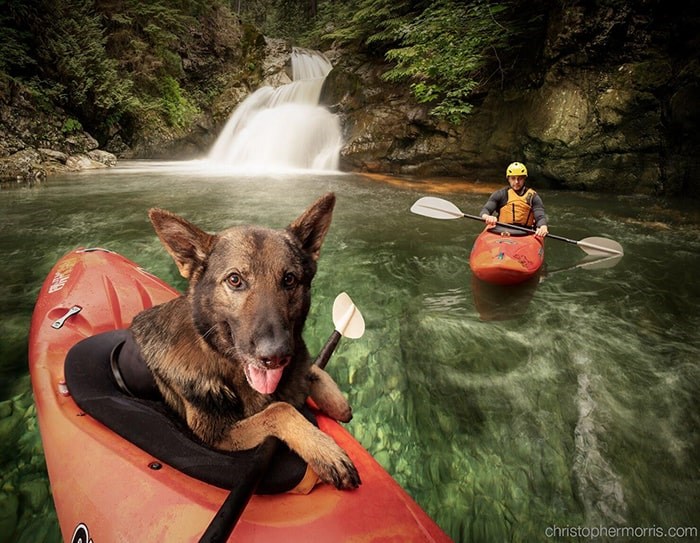 Vancouver’s most loyal protectors took some time off their regular duties to strike a pose for the charity calendar, which has been bringing joy to households since 2010. The calendar features pictures of members of the VPD Canine Unit and their four-legged partners in a range of scenarios that are bound to put a smile on your face.

Next year's calendar has an outdoorsy, adventure theme and not only shows off the cute police pooches, but beautiful landscapes too. The photos show the dogs with their handlers out kayaking, skateboarding and even rock climbing... 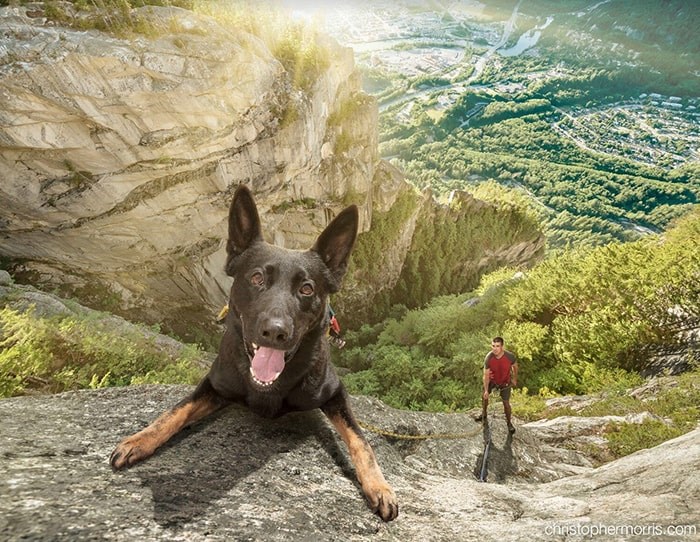 The VPD Canine Unit has 16 handler and dog teams working 24 hours a day, seven days a week, to keep the city safe. The teams are trained in criminal apprehension, as well as narcotics, firearms and explosives detection.

The calendar is funded and produced by the Candy Anfield Memorial Foundation, which was created by retired VPD Sergeant Mike Anfield in honour of his wife Candy, a VPD officer who lost her valiant battle with breast cancer in 2004. 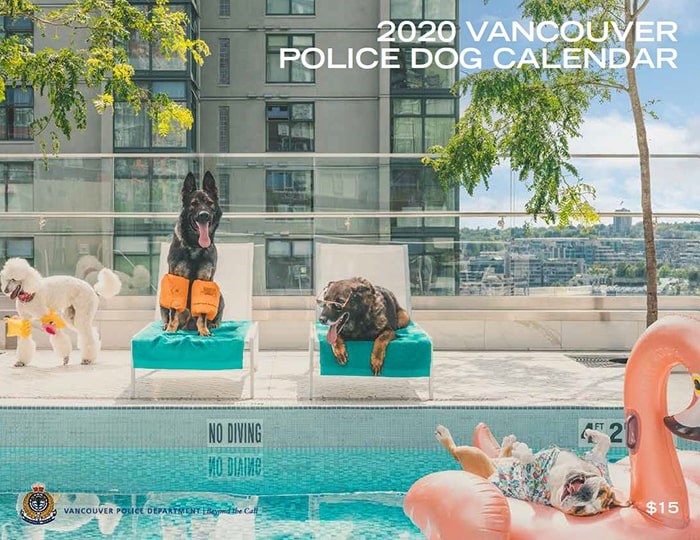 The calendar is now on sale for just $15 and all money raised goes towards the BC Cancer Foundation and the BC Children’s Hospital Foundation.

You can meet the stars of the calendar, along with their handlers, at the corner of Granville and Georgia streets in Vancouver on Thursday, Oct. 10. 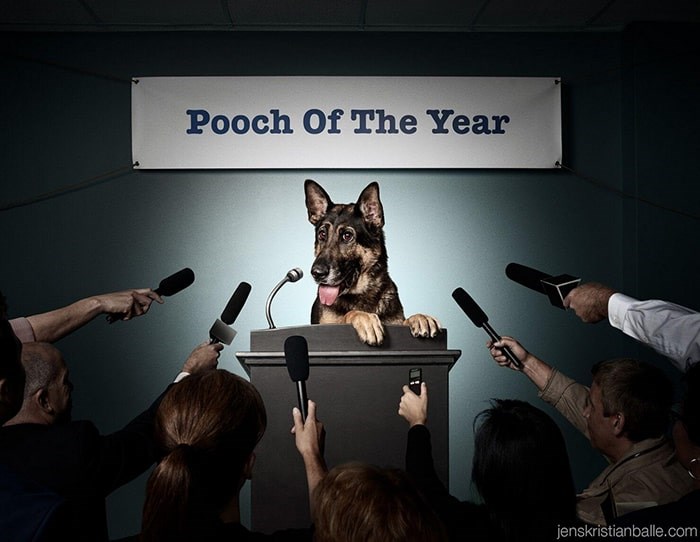 The 2020 Vancouver Police Dog calendar has been released. Photo: Jenskristianballe.com

The calendars are also available at the following places:

• Online through the Vancouver Police Foundation