Depending on who you ask, the common Eastern Grey Squirrel (Sciurus carolinensis) that you see all around Vancouver was introduced to Stanley Park in either 1909, 1912 or 1914. Regardless of the year, the fact is that these little rascals aren't native to this area, and are listed as #85 on the list of the "100 Worst Invasive Species in the World" by the Invasive Species Specialist Group. 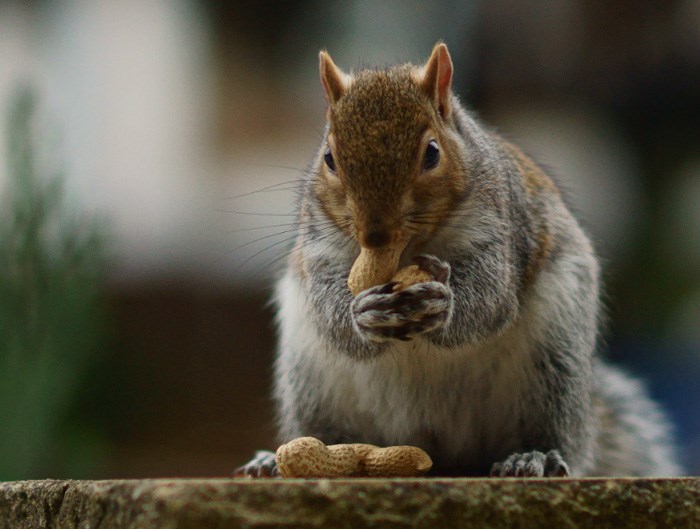 They're some of "the worst" because they're blamed for decreasing the populations of native squirrels in some countries. In Vancouver the native squirrels are the other guys you might see around, the Red Squirrels (Sciurus vulgaris), which you'll know because they're about half the size. However according to the SPCA they Eastern Grey Squirrels aren't as bad for Vancouver as they are in other areas of the world. With different food and shelter preferences than Red Squirrels, the Eastern Grey are less responsible for the decrease of the former than urban development and the loss of coniferous forests in Vancouver proper.

This is all a very long way of letting you know that it's Squirrel Appreciation Day! While it seems that every day of the year has been co-opted by some corporation or another to bring awareness to things we don't really need (Donut Day for example), this is one everybody can get behind. It's been a thing since 2001 when wildlife rehabilitator Christy Hargrovefounded it in North Carolina. According to Christy, "Celebration of the event itself is up to the individual or group — anything from putting out extra food for the squirrels to learning something new about the species.". So there you go; you just celebrated it. If you really want to party bring some nuts down to Stanley Park and hand them out to the fuzzballs. Though that's not advised by the SPCA they just might let it slide for this one day of the year.

Learn more about them on this page the BC SPCA website.