VIDEO: Watch these Orcas swim in the waters off Point Roberts 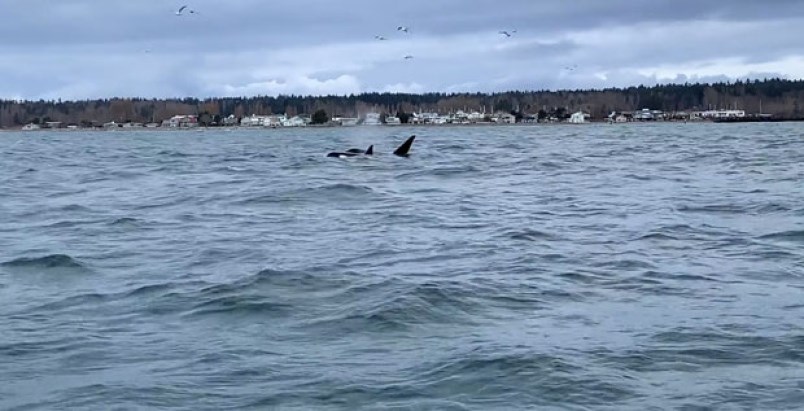 A screen grab of a video posted on Reddit showing Orcas near Point Roberts.

A marine search and rescue unit got a neat surprise on Sunday off Point Roberts.

Reddit user makomarty posted a video in /r/Vancouver of Orca whales swimming in the waters near Point Roberts.

Pod of orcas spotted outside of point Roberts Sunday. from r/vancouver

“Training with my search and rescue unit yesterday. Heading up to Steveston when our helm found the pod. Video gets better as they turn towards us. We stayed back to give them room,” makomarty noted in the comments.

In a message to the Optimist, makomarty noted they are a member of member of Royal Canadian Marine Search and Rescue - Station 5 Crescent Beach.

“I really do want to emphasize that during the initial encounter, we moved away from them as per rules and regulations in the fisheries act,” they explained.