He said he has been thinking for months about how to balance his commitments.
Jan 15, 2020 12:42 PM By: Times Colonist 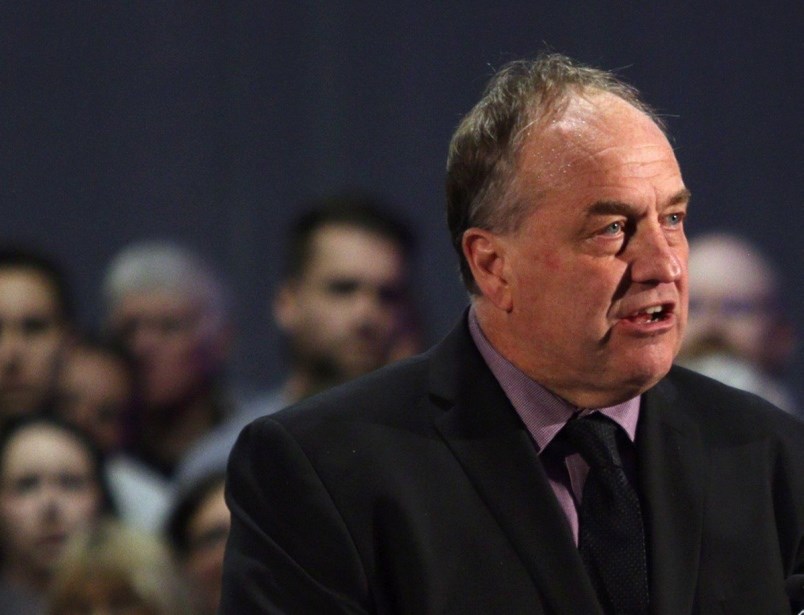 B.C. Green Party Leader Andrew Weaver at a rally in Victoria in October 2018. Photograph By CHAD HIPOLITO, THE CANADIAN PRESS

Former B.C. Green Party leader Andrew Weaver has quit the party’s caucus and will sit in the legislature as an Independent for the duration of his term.

The Oak Bay-Gordon Head MLA announced the move Wednesday morning, through a statement. He was not scheduled to appear in person due to the family matters.

He said he has been thinking for months about how to balance his commitments under the confidence agreement with the NDP government, his desire to grow the Green Party and “increasing health demands affecting my family.”

“I feel it is best for all parties if I continue my legislative work as an independent member, prior to the beginning of the spring legislative session,” he said.

The Greens, who held three seats in the legislature prior to Weaver's announcement, have an agreement to support the province's minority NDP government.

With Weaver sitting as an Independent, there will be 42 B.C. Liberals, 41 New Democrats, two Greens and two Independents in the house. The other Independent is Speaker Darryl Plecas.

Weaver, who led the party to a three-seat breakthrough in the 2017 provincial election, said it’s important that the party develop a new vision and voice independent from his.

“My presence in the B.C. Green caucus could hinder that independence,” he said. “Sitting as an independent will also give me a better opportunity during the upcoming legislative sitting to attend to personal matters, including a number of health challenges affecting my family.”

He said also that he plans to return to University of Victoria to resume work after his term in office. The term is scheduled to end in the fall of 2021.

The party’s interim leader, Adam Olsen, said the party supports Weaver’s decision to quit the party “so he can attend to the various health challenges affecting his family.”

Olsen said the party’s work to reduce polarization and restore trust has been demanding, “and because of this we recognize that a person’s commitment to their family needs to come before those to their caucus.”

The party’s leadership is scheduled to be decided this June at a convention.

There are two people who have publicly said they are interested in running for the leadership.