Despite pleas, B.C.'s new restrictions on bars, restaurants, and clubs to remain in place

“I appreciate that this is a very challenging time for people in that industry," said Dr. Henry.
Sep 18, 2020 7:08 AM By: Colin Dacre and Nicholas Johansen 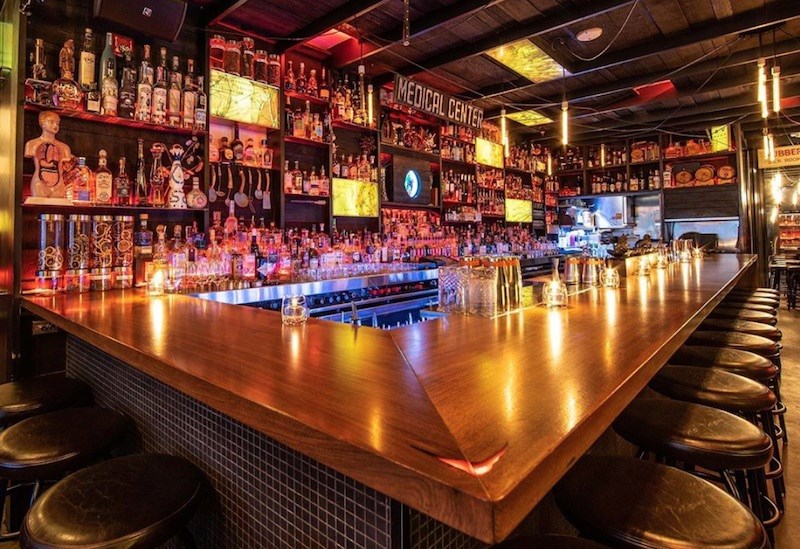 With alcohol sales ending at 10 p.m., many B.C. bars, pubs, and restaurants fear they won't be able to bring in revenue. Photo: The Keefer Bar in Vancouver via @thekeeferbar/Instagram

Despite pleas from British Columbia's hospitality industry to reconsider some of the restrictions put in place on bars, restaurants and nightclubs in the province, no such changes are coming any time soon.

During Thursday's press conference, Provincial Health Officer Dr. Bonnie Henry said they did not make the decision to close all nightclubs and restrict liquor sales to 10 p.m. lightly.

“It was unsafe, we had transmission events documented in several places around the province, and it was becoming increasingly challenging for public health to try and identify and get on top of those places who were breaking the rules," Dr. Henry said.

“I appreciate that this is a very challenging time for people in that industry.”

Thursday morning, BC’s Alliance of Beverage Licensees and the BC Restaurants and Foodservices Association released a statement urging the province to move the liquor sales cutoff to midnight rather than 10 p.m. The industry representatives also criticized the lack of a written order, more than a week after Dr. Henry announced the move, and said the industry was not consulted before the new order was made.

They also encouraged the province to double down on enforcement of the establishments who were breaking the rules, rather than sweeping measures that effectively punish the entire industry.

“It’s bad enough that these orders were issued without industry consultation. It’s now been over a week since Dr. Henry issued verbal orders that have had devastating financial consequences for BC’s hospitality industry, and we still don’t know the exact details of how to comply. It’s an impossible situation that is putting the financial viability of our industry at risk,” said Jeff Guignard, Executive Director of BC’s Alliance of Beverage Licensees (ABLE BC).

“BC’s restaurant industry was already in a fragile state, with about 50 per cent of businesses not sure they’ll make it to the end of the year,” said Ian Tostenson, CEO of the BCRFA. “Dr. Henry’s verbal order led to an immediate 30 per cent decline in revenue for our industry—even though the vast majority of businesses are meeting or exceeding all health protocols and have invested thousands of dollars to provide a safe serving environment. This is crazy.”

The industry says it has been lobbying the government on the economic fallout related to the order and is calling on Dr. Henry to come to the table to discuss the “impact of changes before it is too late.”

“With thousands of businesses and tens of thousands of jobs at risk, industry and government need to work together to help operators pivot and survive,” the two groups said in a statement.

Thursday, Dr. Henry said she hoped the written public health order would be published online Friday, and noted that other provinces, including Ontario, Quebec and Alberta have similar restrictions in place.

The Ministry of Health told Castanet that despite the new order taking effect on Sept. 8, there is currently a "grace period" to give restaurants, pubs and nightclubs a chance to adhere to the order. But the Ministry has refused to provide any details on what this grace period actually means in practice, and when this grace period will expire.

The Ministry has also not said who is responsible for enforcing these new orders.