Hootsuite backs out of U.S. ICE partnership amid employee uproar

"We made the decision to proceed with signing a contract with ICE," admitted the new CEO of the Vancouver-based tech darling.
Sep 24, 2020 10:51 AM By: Tyler Orton 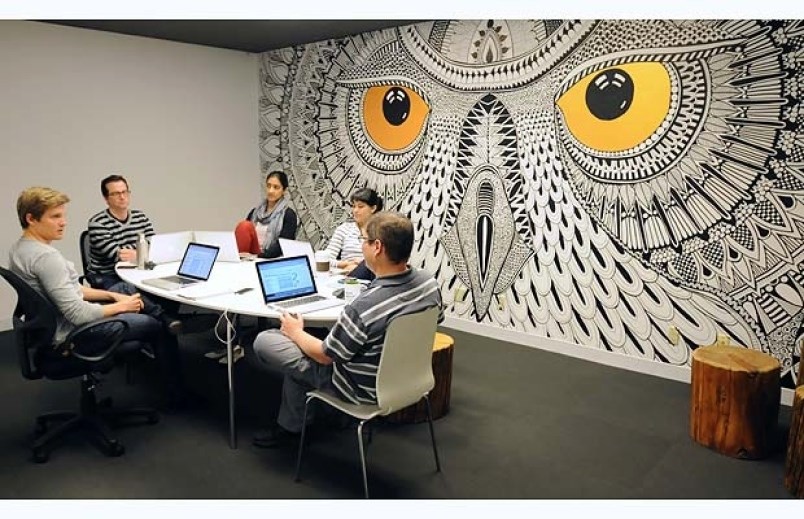 The new CEO of Vancouver tech darling Hootsuite Inc. said his company is backing out of a deal with U.S. Immigration and Customs Enforcement (ICE).

The American law enforcement agency has been the focus of criticism, controversy and outcry the past two years amid Trump administration policies separating migrant parents from their children at the U.S.-Mexican border.

“Recently our company has had to go through the process of determining whether we would engage in a contract with [ICE]. That sparked a great deal of internal conversation—and the formation of a committee to further that discussion and consider all points of view,” Hootsuite CEO Tom Keiser said in a statement sent to BIV Thursday morning (September 24).

“Considering the various factors, including our belief in the power of communications and social engagement to break down barriers, and supported by the set of objective guidelines that emerged from that committee, we made the decision to proceed with signing a contract with ICE.”

He said after a “broad emotional and passionate reaction” the decision created a divided company and the management team has decided not to proceed with the deal.

On Twitter Thursday, a user who appeared to credibly identify herself as a Hootsuite employee, expressed exasperation at the prospect of the social media management company teaming up with ICE.

“Been debating talking about this publicly because I don’t want to get fired, but it seems like the cat’s already out of the bag so whatever: yesterday Hootsuite signed a three-year deal with ICE. Over 100 employees have been extremely vocal in their opposition to this deal,” the user tweeted.

BIV reached out to the Twitter user, whose social media handle the newspaper is not releasing at this time but did not immediately receive a response to an interview request.

The user’s tweet received more than 1,400 retweets and 2,600 likes on the social media platform at the time of initial publication of the BIV story on Wednesday evening.

“That we are eagerly accepting money from an organization that is allegedly subjecting its female detainees to forced hysterectomies, that has a documented history of locking children in cages, that tears families apart and destroys lives is devastating and disgusting in a way … that I can’t effectively put into words,” the user tweeted, referring to recent media reports of forced procedures.

“Even more heartbreaking is that multiple members of our Mexico City support team have relayed their personal experiences being targeted and harassed by ICE and our leadership team chose to push this deal through anyway.”

Hootsuite denies it has entered into a deal with ICE.

“As a business, we do not discuss specific customer deals, however, because of the sensitivity in this particular case, I can confirm that Hootsuite is not entering into a deal with U.S. Immigration and Customs Enforcement,” Hootsuite spokeswoman Melanie Gaboriault told BIV in an email.

However, data shared on the U.S. government’s official awards management website shows more than US$500,000 in Hootsuite licences were being delivered to ICE via FCN Inc., a Maryland-based provider of technology services.

“Due to the attention around this particular case we can confirm that Hootsuite has decided not to do business with the U.S. Immigrations and Customs Enforcement,” the company said on its official Twitter account.

A spokesman from ICE told BIV he would look into the matter for clarification.

Keiser, who lists his current location as San Francisco on LinkedIn, is the former chief operating officer of software firm Zendesk Inc.

While Hootsuite had been at the centre of speculation for a possible initial public offering for years, Reuters reported in 2018 the company had engaged Goldman Sachs Group Inc. to inquire about a potential sale.

But the process was abandoned just before Christmas 2018 when Hootsuite determined offers were less than the US$750 million it was aiming for, according to a January 2019 report from The Globe and Mail.

Holmes said in a November 2019 statement to BIV Hootsuite undertook a benchmarking exercise at the beginning of 2019 and determined that the company “sit[s] very well amongst a number of criteria” for other companies that have gone public in the past year.

Hootsuite was founded in 2008 has about 1,000 employees worldwide.