The exhibit will feature rare photographs from throughout the decades, starting from the Canucks early days in the WHL.

As the Canucks celebrate their 50th anniversary in the NHL, it can be difficult for fans that haven’t been around for all five decades to make a connection to those early teams. Not to mention, the history of the Canucks predates the NHL, first joining the PCHL in 1945 and joining the WHL in 1952.

In March, the Polygon Gallery in North Vancouver will give Canucks fans a chance to connect to the history of the team with The Canucks: A Photo History of Vancouver’s Team. The exhibit will feature rare photographs from throughout the decades, starting from their early days in the WHL.

The exhibit will run from March 7th to 22nd and will be up when Rogers Hometown Hockey visits North Vancouver from March 14th to 15th. Admission to the Polygon Gallery is by donation.

A large portion of the photographs come from the personal collection of Ralph Bower, who shot the team for the Vancouver Sun from 1955 until his retirement at the end of 1996. Bower captured iconic images over the years, including the Canucks celebrating their first goal in the NHL, off the stick of Barry Wilkins. 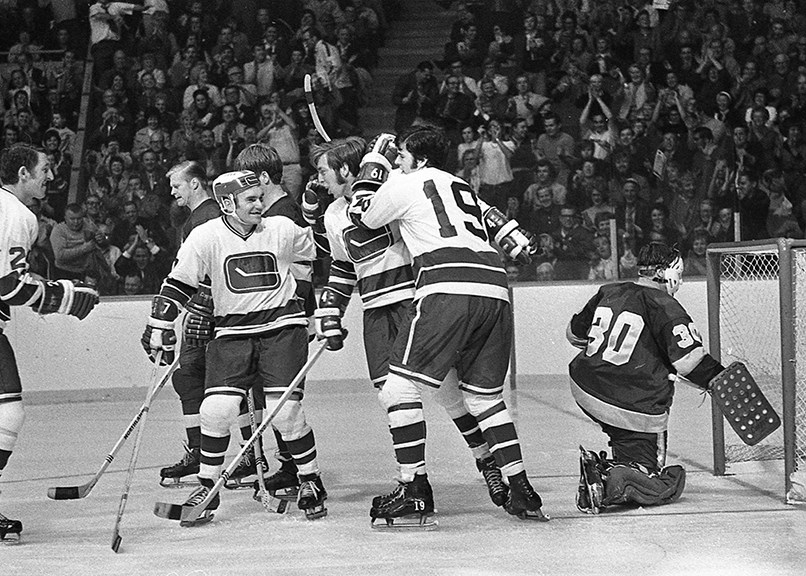 Bower was also the first photographer to mount a camera inside the net, leading to stunning shots like the image of goaltender Dunc Wilson with a faceful of snow at the top of this article.

In order to operate the camera remotely, Bower had to get permission from the Canucks to run a wire under the ice, and he triggered the camera with a doorbell.

“You know how a doorbell makes a ring? Well that went to the camera (via a wire under the ice), it made the motor work,” said Bower to John Mackie of the Sun. “There was no infrared. You had to run it by juice, follow me?”

The first time he installed the camera in the net, it didn’t last long.

“I had it arranged to go in the net with [head coach] Harry Neale, but he said [goaltender Richard Brodeur] was pretty reluctant about it,” said Bower. “I said ‘it’s a major thing.’ He said ‘Well, okay.’ But as soon as they finished the national anthem, [Brodeur] took his stick and plucked my camera out of the net.”

One of Bower’s most well-known images for modern Canucks fans is of a shirtless Pavel Bure getting his body fat measured with calipers. The photo of the ripped Bure caused so much demand for that day’s paper, that the Sun needed to print “several thousand extra copies,” according to NHL historian Jennifer Conway. 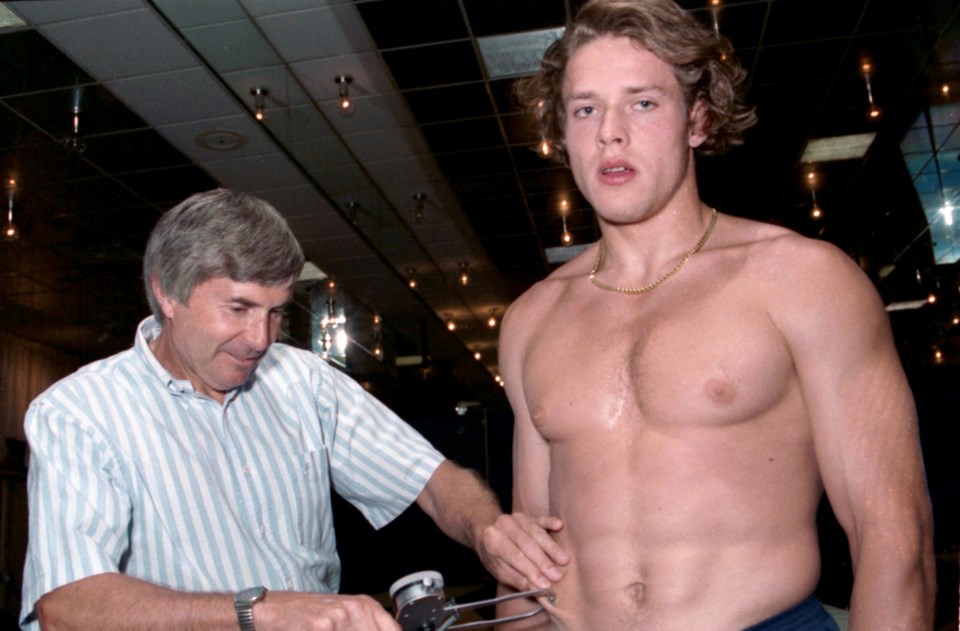 Not all of the photographs in the exhibit are from Bower, of course. This classic shot of Orland Kurtenbach surrounded by young fans comes from photographer Deni Eagland, who was renowned for his portraits in the Vancouver Sun newsroom. 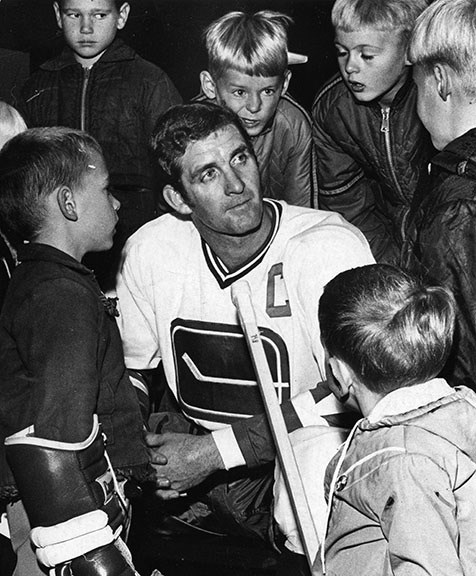 “As far as I was concerned, [Eagland] was the Karsh of the photo department, he was great at portraits,” said Bower in Eagland’s obituary, comparing him to Yousuf Karsh, the most celebrated Canadian portrait photographer of the 20th century.

My favourite of the images passed along from the Polygon Gallery, however, is this oddball shot from 1972 by photographer Dan Scott. It features the Canucks’ Rosaire Paiement being hypnotized by Peter Reveen, known as “Reveen the Impossibilist.” 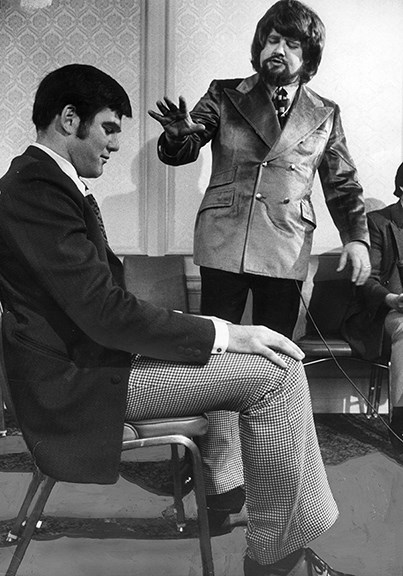 An illusionist and hypnotist, Reveen was immensely popular at the time and was evidently called in to help out the struggling Paiement. In the Canucks’ inaugural season, Paiement led the team in goals with 34, but reportedly had just one goal at the time of the photo: February 1st, 1972.

Perhaps the hypnotism helped: Paiement finished the season with 10 goals, meaning he must have scored nine goals in the Canucks’ remaining 31 games. That’s not amazing, by any means, but it’s better than the one goal he scored in the team’s first 47 games.

This Vancouver hobbyist made a custom blue and green Flying-V Canucks jersey and it’s gorgeous
Feb 4, 2020 9:44 AM