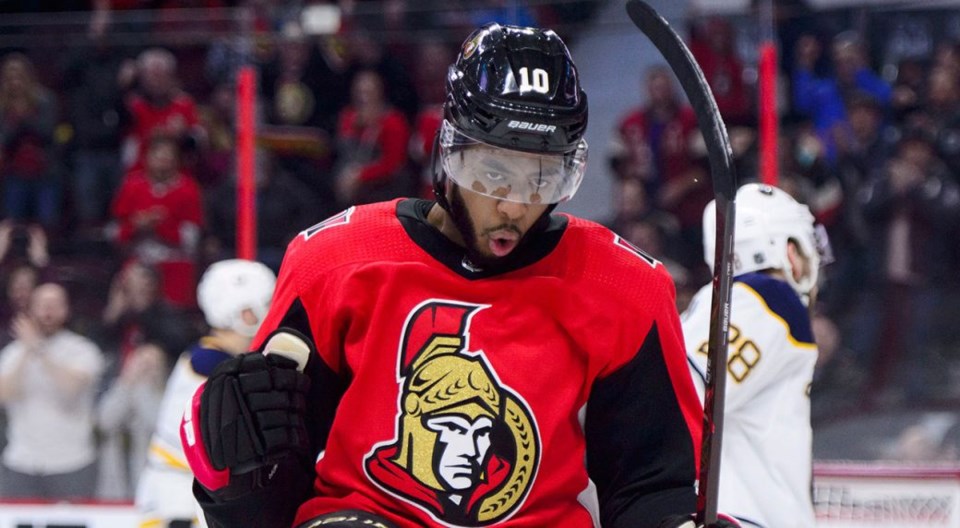 Last season, the NHL celebrated Black History Month for the first time as part of their “Hockey is for Everyone” initiative. Perhaps it was a little late in its history for the NHL to officially acknowledge Black History Month, but they at least did it well, featuring great players like Seth Jones, P.K. Subban, Evander Kane, and Hall-of-Famers like Grant Fuhr and Angela James.

One highlight was a video of Ryan Reaves of the Vegas Golden Knights visiting the barber shop to chat hockey with the community there. It was an insightful conversation that captured the opportunities and challenges facing the black community in hockey.

In their second season celebrating Black History Month, however, the NHL has started off with a pretty significant misstep.

One of the two commercials. pic.twitter.com/UFzT7ocREQ

The second commercial isn’t quite as white. In addition to the exceedingly caucasian Torey Krug and Sam Bennett, the commercial includes half-Filipino Matt Dumba. While it’s entirely possible that Dumba may have faced the same racism that many black hockey players have experienced in hockey, he’s not black.

It seems exceedingly odd that the NHL would line up two commercials for Black History Month without actually having any black players in them, but there is an explanation. Not a good explanation, mind you, but still an explanation.

These commercials, like many other short videos the NHL puts out during the NHL season, were all shot prior to the start of the season. The NHL Media Tour brings together top players from around the league in early September, where they film a wide variety of promotional videos for the NHL and their media partners. You see the results during practically every television broadcast and on social media throughout the year.

The six players featured in the Black History Month commercials all represented their teams at the 2019 NHL Media Tour. The line they read for the commercial was just one of dozens they likely read that day.

Because of the racial makeup of the NHL — predominantly white — cutting that down to the 30-odd representatives at the media tour will limit the number of black players even further. It didn’t eliminate them entirely, however, as P.K. Subban represented the New Jersey Devils. To be charitable to the NHL, perhaps Subban declined to participate in the commercial, fearing tokenization, though he certainly hasn’t hesitated to promote Black History Month on his social media.

What this means, however, is that the NHL took the easy way out. Instead of recognizing the issue and taking steps to address it, they simply took the clips of the players reading their lines, threw them together, and called it a day. They could have reached out to black players around the league and taken a camera to a game to shoot a quick line in front of a green screen — or had one of the team’s camera crews do the same — they shrugged their shoulders.

It’s particularly frustrating as the NHL All-Star Game, which took place a week before February, provided a perfect opportunity for the NHL to rectify this problem. The All-Star Game featured two black players who are, by definition, among the biggest stars in the NHL: Seth Jones and Anthony Duclair. Couldn’t they have taken a moment to ask either or both of them to shoot a quick line for these commercials?

The 24-year-old Duclair, in particular, is in the midst of a breakout season, with 21 goals in 51 games for the Ottawa Senators. He’s overcome attitude issues — somehow non-white players frequently seem to be tagged with that particular label, which couldn’t possibly have anything to do with deep-seated racial prejudices within hockey culture — to become a key part of the Senators’ future.

There’s nothing wrong, of course, with white (and half-Filipino) hockey players celebrating Black History Month. It’s something that everyone should take part in, learning parts of hockey history (and North America’s history) that so often get overlooked. It just looks really bad that the NHL didn’t have any of their black players involved in these two commercials.

The truth is, there was likely nothing bad meant by this oversight on the part of the NHL. It likely didn’t even occur to the NHL’s marketing team that this could possibly be a problem (or perhaps it did, as the commercials are nigh-impossible to find online, a sign that perhaps the NHL wants to downplay them as much as possible). That, in itself, is part of the problem: it’s a blindspot for the hockey world, which so often turns a blind eye to racial issues.

It’s a shame, as so many other parts of the NHL’s approach to Black History Month are laudable.

The videos on the NHL’s Black History Month site are great, though most of them at the moment are from last year. The Black Hockey History Mobile Museum, which brings the story of black hockey across the United States, is a great initiative. It’s lead to great features, like this opening to Hockey Night in Canada by Donnovan Bennett.

Celebrating #BlackHistoryMonth means celebrating hockey too, so we can all say this is our game.@donnovanbennett opens #HockeyNight in Canada: pic.twitter.com/NbT3xsCEOj

Overall, it’s a positive. It’s just tough to understand when they misstep so significantly on something that seems so easy.

Loui Eriksson could be the winger Bo Horvat has been waiting for all this time
Jan 9, 2020 9:50 AM
Comments
We welcome your feedback and encourage you to share your thoughts. We ask that you be respectful of others and their points of view, refrain from personal attacks and stay on topic. To learn about our commenting policies and how we moderate, please read our Community Guidelines.