Vasily Podkolzin gets game-winning playoff goal in the KHL, prolonging his stay in Russia 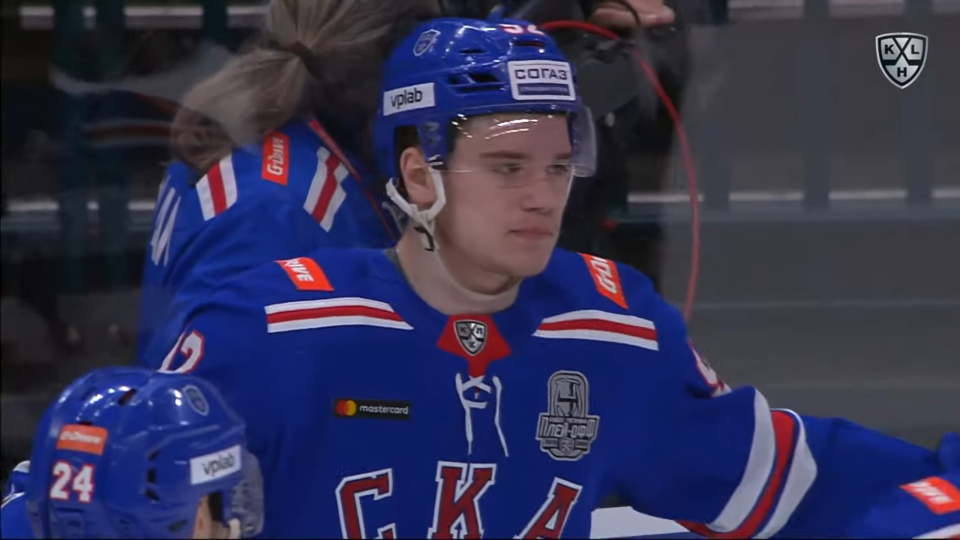 It’s been a roller-coaster season for Vasily Podkolzin.

The Canucks’ top prospect has yo-yo’d up and down the lineup for SKA St. Petersburg in the KHL, seen more than half of his team test positive for COVID-19, flourished at international tournaments against men’s competition, captained Team Russia to a disappointing finish at the 2021 World Junior Championship, and suffered a concussion.

That last one was particularly concerning. Podkolzin took a heavy hit to the head and had to be helped off the ice. It immediately put the remainder of his season in doubt, even as SKA president Roman Rotenberg said it was a “minor” concussion — according to the experts, there’s no such thing.

Rotenberg initially suggested Podkolzin would only miss three days, an eyebrow-raising timeline for those familiar with the unpredictability of concussions. Thankfully, Podkolzin wasn’t forced back into action early, returning 11 days later for the final game of SKA’s regular season.

That meant Podkolzin was ready for SKA’s first playoff game on Tuesday. Not only was he ready, he scored the game-winning goal on a rocket of a wrist shot in the second period.

A wrist shot into the top corner

While SKA hemmed in Dinamo in the defensive zone, Podkolzin was able to jump on the ice for a line change. Emil Galimov kept the puck in with pressure along the boards, then Ivan Morozov recovered the puck down low and found Podkolzin as he cut across the slot.

Podkolzin kept moving backwards with the puck and released his wrist shot while in motion, sending the puck just over the glove of Dinamo goaltender Dominik Furch.

According to KHL tracking, Podkolzin’s shot was 114.5 kilometres per hour, which works out to 71.1 miles per hour. That’s NHL-caliber velocity on his shot, though the best shooters in the NHL can shoot much harder — Sportsnet once clocked a casual Alex Ovechkin shot in warmup at 127.8 km/h, or 79.4 mph.

While Podkolzin uses his skating to change the angle as he cuts across the high slot, it would be nice to see a little more deception in his release. That generally means pulling the puck into the body as part of the shooting motion to change the angle just before the release, making it tougher on the goaltender.

Still, there’s no arguing with the result.

Podkolzin’s goal made it 3-1 for SKA and stood up as the game-winning goal after Dinamo made it 3-2 in the third period before a late goal sealed the 4-2 victory for SKA.

Prolonging Podkolzin's time in the KHL

While it’s great to see Podkolzin score a big goal for SKA, it’s a little bittersweet for Canucks fans eager to see Podkolzin playing in Vancouver. The deeper that SKA goes in the KHL playoffs, the less likely it becomes that Podkolzin will suit up for the Canucks sometime this season, so every game-winning goal he scores prolongs his stay in Russia.

Admittedly, this particular goal isn’t likely to have any effect on how soon he comes across to North America. SKA is likely to steamroll Dinamo Minsk in the first round of the playoffs. If SKA is going to be knocked out of the playoffs, the earliest that would happen is the second round.

If SKA goes all the way to the Gagarin Cup, that could go all the way to April 30, which would leave Podkolzin no time to quarantine and be available to play by the end of the Canucks’ regular season on May 8. Unless the Canucks make the playoffs, that would mean no Podkolzin this season.

Even if SKA gets knocked out of the playoffs early, they would need to agree to release Podkolzin from his contract early. There’s an added wrinkle — if the 2021 World Hockey Championship happens as scheduled, there’s a chance that Podkolzin would be forced to remain available to play for Russia and wouldn’t be eligible to sign with the Canucks until the conclusion of that tournament.

Perhaps it's best if Canucks fans just enjoy Podkolzin from afar for now, filtered through highlights of great goals and descriptions of his dominant two-way play, and let him come over to Canada for next season, when he and the team can both start fresh.

Canucks prospect Vasily Podkolzin had to be helped off the ice after hit to the head in the KHL
Feb 16, 2021 2:03 PM

Vasily Podkolzin apologizes on Instagram for Russia's performance at the 2021 World Junior Championship
Jan 6, 2021 9:59 AM
Comments