Podkolzin was not one of the positive cases and was in the SKA St. Petersburg lineup for their game on Wednesday.
Sep 23, 2020 10:16 AM By: Daniel Wagner 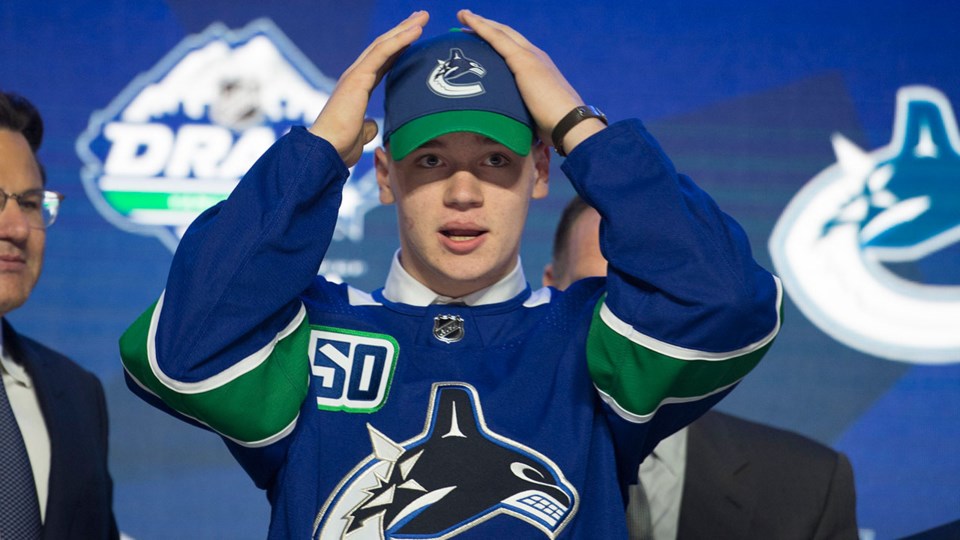 While the NHL carefully conducts the 2019-20 Stanley Cup Final in a quarantined bubble in Edmonton, the KHL is already well into its 2020-21 regular season. In the face of a global pandemic, the KHL felt they were prepared to conduct a full-fledged season, with inter-country travel and fans in arenas.

The KHL pushed ahead with their plans despite 116 KHL players testing positive for COVID-19 heading into the regular season.

Already, the KHL has run into significant problems, with multiple teams reporting positive COVID-19 cases. For instance, the lone Latvian team in the league, Dinamo Riga, was unable to complete their first road trip through Russia when one of their opponents, Barys Astana, reported 12 cases of COVID-19, causing the game to be postponed. When they returned to Latvia, Riga reported five positive cases of their own, with government officials enforcing a quarantine and demanded that more games be postponed.

Earlier this week, Lokomotiv Yaroslavl forfeited a game against Kunlun Red Star when they simply didn’t show up. Lokomotiv hasn’t confirmed how many positive cases they’ve had, but the entire team has been quarantined.

In most cases, KHL teams with positive COVID-19 cases are not being quarantined and are instead simply replacing their sick players with players from their junior teams. That’s the case for Vasili Podkolzin’s team, SKA St. Petersburg.

Reports indicate that “more than half” of the roster for SKA tested positive for COVID-19, as did their coaching staff ahead of their game against Sibir on Wednesday. As a result, SKA iced the youngest lineup in KHL history, as 10 players made their KHL debut.

Podkolzin was not one of the positive cases and was one of six teenagers in the SKA lineup.

It’s incredible that the game even went ahead as scheduled given these circumstances. The league has been criticized for forcing through games with junior players as well as their decision to hand Finland-based Jokerit Helsinki a forfeit loss when they refused to travel to Minsk, Belarus in the midst of their political unrest.

In addition, the KHL's decision to have fans in arenas without enforcing strict social-distancing or masks seems extremely foolhardy.

Here are a couple clips of the crowd at today's KHL game.

This is an almost full arena while half of the team has contracted the Covid-19 virus.

What the hell is the KHL doing? This is a scary sight to see... pic.twitter.com/zxkI0qNweh

For Canucks fans, the KHL’s seeming disregard for the health of their players is a major concern. Podkolzin, as the team’s top prospect, is a major part of the Canucks’ future. Contracting COVID-19 could have unforeseen consequences, as scientists are as yet unsure of the long-term effects of the virus.

Meanwhile, the NHL should be paying close attention to the troubles the KHL is having with their regular season as they make plans for their own 2020-21 season. They simply can’t be as blasé to the dangers of COVID-19 as the KHL has been.

REPORT: The Pittsburgh Penguins are interested in Chris Tanev in free agency
Sep 22, 2020 11:10 AM