The Vancouver Canucks needed to do more than just sign players for their NHL roster in free agency this offseason. With their AHL team moving to Abbotsford, the Canucks also needed to add some depth players who could be top players for the farm team and also be available to get called up.

One of those players could be their top pick in the 2021 NHL Entry Draft, Danila Klimovich.

The Belarusian forward signed his three-year, entry-level contract with the Canucks on Wednesday, just a few days after being drafted, which is unusual for a second-round pick. Klimovich’s situation, however, makes signing him immediately a worthwhile option.

As a prospect drafted out of Europe, Klimovich can jump straight to the AHL as an 18-year-old rather than playing in junior. Many European prospects choose to stay in their home country and  play in their top professional leagues before trying to make the jump to the NHL, but the lower level of play in Belarus makes the AHL a more tempting option for Klimovich.

Playing Klimovich with the Abbotsford Canucks would also allow the Canucks to take a direct hand in his development. Klimovich is considered a raw talent, with a fantastic set of skills but limited structure to his game, so his development is key.

Klimovich can play the full season in the AHL and still have his entry-level contract “slide” as long as he plays fewer than 10 games in the NHL.

Signing Klimovich to a contract doesn’t lock the Canucks into playing him in the NHL or AHL either. If they decide he’s not quite ready for professional hockey, the Canucks have the option of sending him to the QMJHL, where his rights are held by the Rouyn-Noranda Huskies. They could also return him to Europe to play in the KHL.

“We’ll see where he’s at when he comes to training camp,” said Canucks GM Jim Benning. “We’ve talked to his coach over in Minsk, Belarus, and he said that he’s going to be a top-six forward for him playing in the KHL, so that’s an option for us. Or he’s been drafted to Rouyn in the Quebec league and that’s an option for us, so we’ll see where he’s at, we’ll continue to talk about it, and we’ll try to figure out where the best place for him to play in his development this year.”

For Canucks fans, seeing Klimovich develop would certainly be a draw to go see games in Abbotsford.

The other draw is that the Abbotsford Canucks could have a very good team, as they signed some quality AHL depth on the first day of free agency, including some players that could have an impact at the NHL level.

The Canucks shelled out some decent money on a two-way contract for Nic Petan that will pay him $450,000 in the AHL. It’s understandable, because Petan is outright dominant at the AHL level.

The versatile 26-year-old, who can play all three forward positions, has racked up 135 points in 147 career games in the AHL. In the past two seasons, he’s had 46 points in just 39 games with the Toronto Marlies, so he immediately makes the Abbotsford Canucks more dangerous.

Petan also provides some solid depth for Vancouver. He’s never been able to translate his offence to the NHL level — he has just 28 points in 136 NHL games — but he has a positive impact on puck possession. 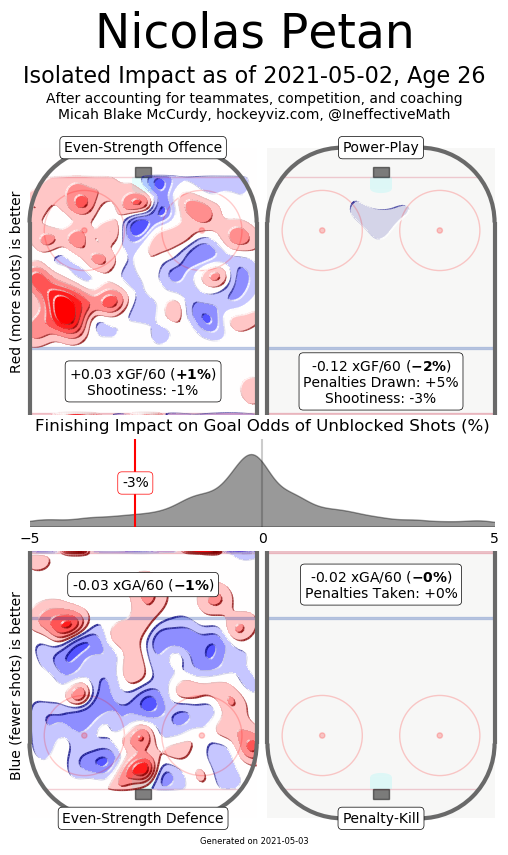 Part of the problem for Petan is his size at 5’9”. Typically, smaller players need to have exceptional skating to thrive at the NHL level and Petan is more of an average skater. He’s certainly capable of playing in the NHL, but his impact is limited without that separation speed.

Still, Petan is an excellent depth signing for the Canucks and should immediately make Abbotsford a team to watch. Petan was born in Delta and played his minor hockey in North Vancouver, so there’s also a local connection.

The Canucks re-signed Justin Bailey, who appeared in three games for the Canucks last season before suffering a shoulder injury on a hit from behind by Milan Lucic.

Bailey is a 6'4" winger with great wheels who was fantastic with the Utica Comets in the 2019-20 season, putting up 28 goals and 47 points in 53 games. While he had yet to break through to the NHL, he looked like he was starting to find his game with the Canucks last season before his injury. Although it was in a very small sample size, Bailey actually led the Canucks in corsi percentage and expected goals percentage last season.

The 26-year-old could contend for a spot on the fourth line or as the 13th forward out of training camp. If he doesn't make the Vancouver Canucks, he should be a star for the Abbotsford Canucks.

The Canucks signed a number of right-handed defencemen on Wednesday, including a couple for Abbotsford. Brady Keeper is a 25-year-old right-shot defenceman, who most recently played in the Florida Panthers system with the Syracuse Crunch. He played just one game in the NHL for the Panthers last season.

Keeper is a physical, two-way defenceman, who was more of an offensive threat in the NCAA. That offence hasn’t quite shown up in the professional ranks yet but he’s still a credible top-four defenceman at the AHL level, who will win fans with his hard-nosed game.

Keeper is also the first player from the Pimicikamak Cree Nation to play in the NHL and he has a lot of fans in his home in Cross Lake, Manitoba. They might have all just become huge Canucks fans.

The other right-shot defenceman for the Abbotsford Canucks is Kyle Burroughs from Langley, B.C.

Burroughs got into five games with the Colorado Avalanche last season but has spent the bulk of his career in the AHL, including a year as captain of the Bridgeport Sound Tigers. He held his own in his brief stint with the Avalanche, so the 25-year-old could be a depth option for the Vancouver Canucks in case of injuries.

Mostly, Burroughs is expected to be a top-pairing defenceman for Abbotsford. He doesn’t have much offensive upside or physical snarl, but he’s a smart and mobile defensive defenceman who can move the puck in the right direction. He’s a great signing for Abbotsford.

Left wing Phillip Di Giuseppe spent all of last season with the New York Rangers and has plenty of NHL experience, with 53 points in 201 games. He’s a solid defensive forward at the NHL level and could push for a spot on the Canucks’ NHL roster. He skates well, forechecks hard, and supports the defence. 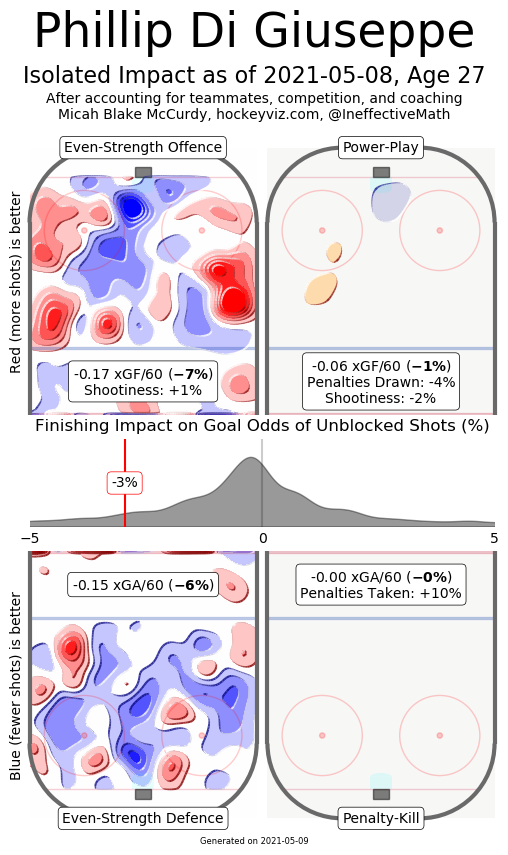 The 27-year-old Di Giuseppe could be a 13th forward in Vancouver or play a leadership role in Abbotsford.

Another 27-year-old forward with NHL experience, Sheldon Dries split his time between the Colorado Avalanche and the Colorado Eagles last season.

The 5’9” centre has played in 48 NHL games with limited offensive success, but can put up points at the AHL level. He had 10 points in 18 games for the Eagles last season and 21 goals in 50 games the previous year.

Unlike Di Giuseppe, Dries hasn’t been able to hold his own defensively at the NHL level and is more likely to spend all of next season in Abbotsford. Dries is a nice addition for the AHL Canucks, however, with a feisty edge that belies his smaller stature.

Devante Stephens split his time between the AHL and ECHL last season with the Syracuse Crunch and Orlando Solar Bears. The 24-year-old left-shot defenceman is a strong skater and can play a physical game, making the most of his 6’3” frame. He could be a strong defensive defenceman in Abbotsford but is unlikely to have an NHL future.

Stephens is another local kid for the Abbotsford Canucks, as he was born in White Rock, B.C. He played his junior hockey with the Kelowna Rockets.

Justin Dowling is a defensively-responsible winger with limited offensive upside in the NHL but is a top-six forward and one-time captain at the AHL level. He has 304 points in 438 career AHL games.

The 30-year-old forward could push to make the Vancouver Canucks' fourth line out of training camp with his two-way game and work rate but it seems more likely that he ends up with the Abbotsford Canucks. Dowling started his professional career with the Abbotsford Heat, so a return to Abbotsford would be somewhat poetic.

If Dowling does end up in Vancouver, that would help the Canucks defensively. Just don't expect him to make much happen in the offensive end of the ice. 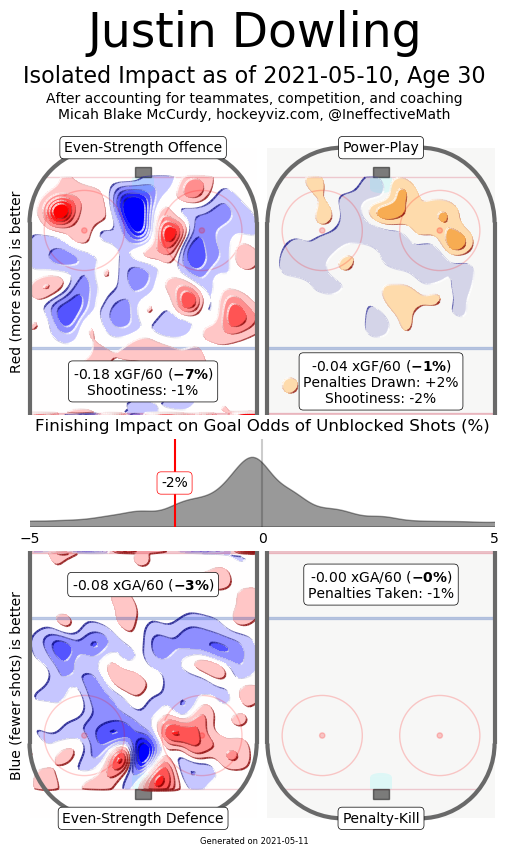 Dowling can also play at centre, which is important for a team that lacks centre depth.

The Canucks signed Brad Hunt to a one-year, one-way deal after he spent the last couple of seasons with the Minnesota Wild. The 5'9" Hunt has carved out a respectable NHL career, putting up 59 points in 191 games.

The 32-year-old left-shot defenceman from Maple Ridge has been a consistent presence in an NHL lineup since 2017, so could potentially find a spot in Vancouver as the team's 7th or 8th defenceman alongside Luke Schenn. With Jack Rathbone and Olli Juolevi both vying for spots in Vancouver,  however, it seems more likely that he lands in Abbotsford.

While he's typically considered an offensive defenceman, Hunt has been more reliable defensively at the NHL level. 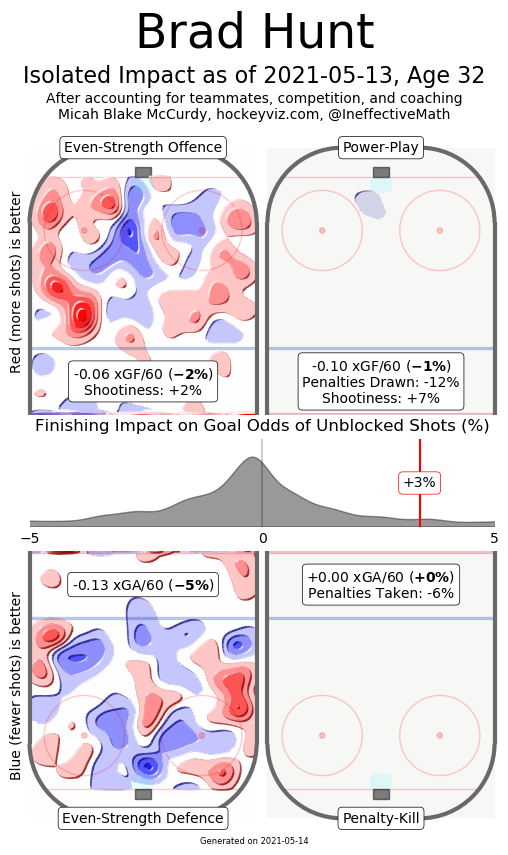 Consider Hunt a safety valve if Rathbone and Juolevi stumble.

Sheldon Rempal is a 5'10" winger who split last season between the Carolina Hurricanes and Chicago Wolves. He has just 10 games of NHL experience, with no points and some questionable underlying numbers.

John Stevens had 10 points in 24 games with the Utica Comets last season. The 27-year-old centre has yet to play an NHL game and his limited offensive upside means he might never do so.

Stevens has good size at 6'2" and 205 lbs and plays a decent two-way game. He should be a good fit as a middle-six centre in Abbotsford.