Chris Tanev almost made it through a full season without missing a game. Almost. 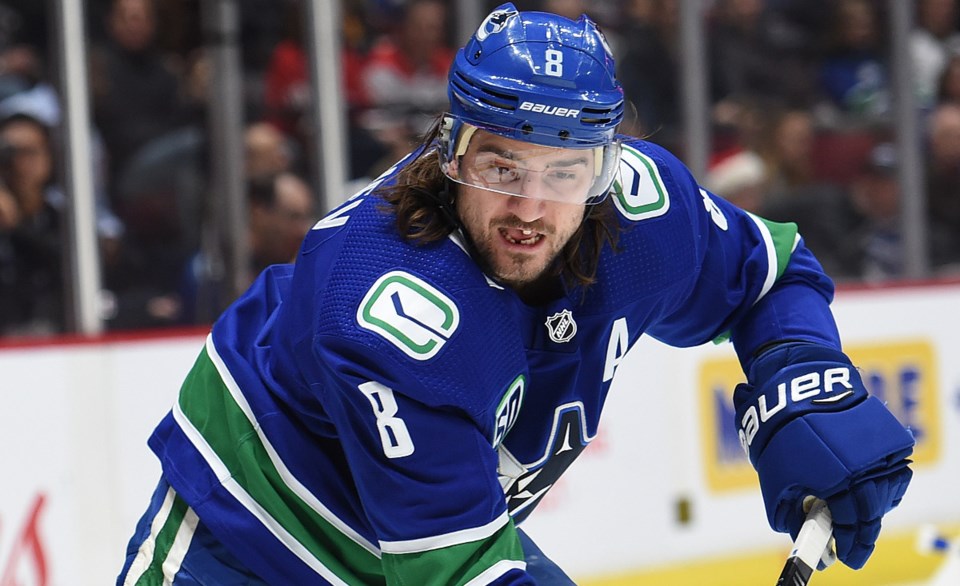 That 2017-18 season was almost laughable, if not for how frustrating it must have been for Tanev. It wasn’t any one injury that knocked him out for almost half the season. He missed seven games with a thumb injury, then another seven with a groin injury. When he came back from that, he took a puck to the mouth that cost him two games.

Less than a month later, Tanev fractured his leg blocking a shot against the Tampa Bay Lightning, missing another 17 games. He still returned before the end of the season, but missed the final seven games with a knee injury after twisting his leg in a battle with Alexander Steen of the St. Louis Blues.

That’s five different, completely-unrelated injuries conspiring together to keep Tanev off the ice, and that’s emblematic of his entire career. It’s not like Tanev has a single recurring injury: a bad back or a wonky groin or a weakened shoulder. It’s been a combination of bad luck and Tanev’s tendency to continually put his body on the line for his team.

Every single year, Tanev’s season gets cut short in some way. This season, however, seemed different. He managed to get through 69 games without missing a single one. It looked like, for the first time in his career, Tanev might actually play a full 82-game season.

There were theories as to why, with many landing on the fact that he was playing with rookie phenom Quinn Hughes. That led to more offensive usage and less time spent in the defensive zone and, as a consequence, seeing fewer opportunities to get hurt blocking a shot or getting hit along the end boards.

The only problem with that theory is that there’s very little evidence for it. Tanev has actually been on the ice for the highest rate of shot attempts against in his entire career, so there actually have been more opportunities for him to get hurt blocking a shot. That’s reflected in his shot blocks: he’s blocked 5.87 shots per hour this season, a higher rate than his last three seasons.

He’s also taken a higher rate of hits than his past two seasons, though a lower rate than his seasons before that. In terms of physical impact, Tanev has been hit by bodies and pucks as much or more than in seasons past.

It seemed that the real reason Tanev was avoiding injuries was good luck. On Tuesday night against the New York Islanders, that luck ran out.

In the third period, Tanev was hit by Anders Lee and immediately slumped over in pain. He made his way to the locker room and didn’t return.

The Canucks have now confirmed that Tanev is out week-to-week with a lower-body injury. It’s unclear what was affected by Lee’s hit, whether it was his leg hitting the boards awkwardly, his knee twisting, or even his hips, but an 82-game season for Tanev now seems completely out of reach.

It’s terrible timing for the Canucks, who have already been bleeding shots against in a tough month of March. Jordie Benn will likely slot into the lineup on the right side, where he’s played in the past.

Of course, with the COVID-19 pandemic, it’s entirely possible that the NHL suspends the season and continued at a later date. The NBA just announced that they will suspend their season after having to postpone a game after Utah Jazz star Rudy Gobert tested positive for the coronavirus.

If the NHL postpones games, perhaps the Canucks season will continue after Tanev has recovered? Maybe there’s still a chance he could go a full season without missing a game.