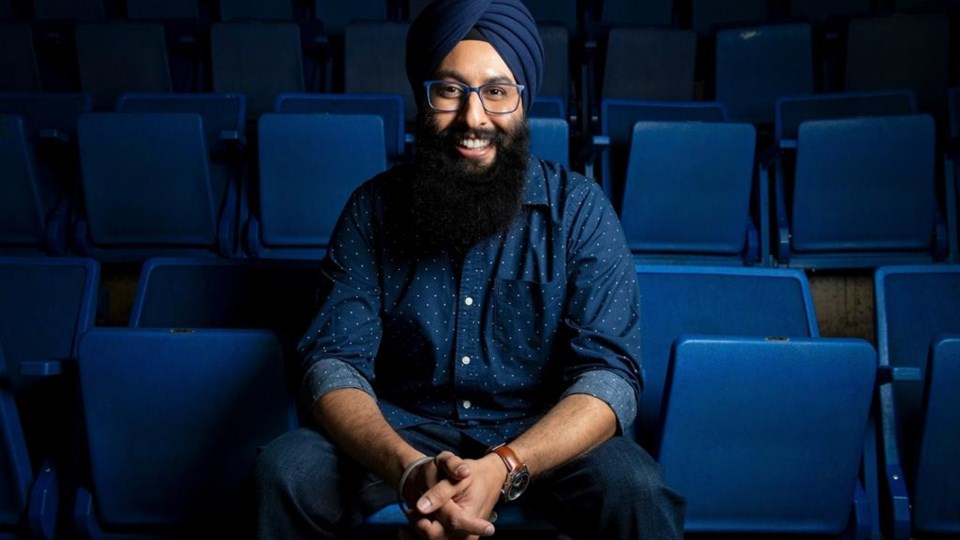 Harnarayan Singh has called games for Hockey Night in Punjabi since 2008.NHL

From when he was a kid growing up in small-town Alberta, Harnarayan Singh dreamed about calling games for Hockey Night in Canada. He couldn't help but notice, however, that none of the people on the broadcast looked like him or his family.

Now, Singh is about to call his very first national broadcast in English for Sportsnet. According to Daily Hive's Rob Williams, Singh has been tapped to do play-by-play for the Vancouver Canucks' season opener in Edmonton against the Oilers.

For Singh, who grew up an Oilers fan, it must be a dream come true.

Of course, Singh has plenty of experience calling hockey games. He's been announcing NHL games in Punjabi since 2008 with Hockey Night in Canada's Punjabi edition. The Punjabi broadcasts took off in popularity and gained national attention when Singh's enthusiastic call of a Nick Bonino goal in the 2016 Stanley Cup Final went viral.

"I like to say we add the spice or the masala to the hockey commentary," said Singh about the style he and his colleagues bring to the Punjabi broadcasts.

After the 2016 playoffs, Singh was tagged to take on a larger role on Sportsnet broadcasts, joining the English broadcasts as a reporter and host, interviewing players between periods and in the locker room. Wednesday night, however, he'll be up in the booth where he's always dreamed of being, calling a game for the first time on a national broadcast.

While the opportunity is well-deserved, it's coming in part because of COVID-19 travel restrictions that will prevent regional play-by-play crews from travelling with teams. The Canucks' home games will feature the usual crew of John Shorthouse and John Garrett, but expect to hear different voices for games on the road.

For Singh, it's been a long time coming. After studying broadcasting at Mount Royal University, Singh did an internship with TSN, but still doubted whether he would be able to break into sports.

"Up until Hockey Night in Punjabi started, the doubt was big," said Singh earlier this year. "I didn't go into the industry to be a CBC radio reporter, so during the time up until Hockey Night In Punjabi, I was still trying to figure out, 'OK, is this industry really for me?' I wanted to do sports, specifically hockey, and I hadn't found a way yet."

Hockey Night in Canada's broadcasts in minority languages gave Singh his way in.

"For a person like myself and my colleagues, for us to get our foot in the door in terms of the hockey broadcasting world, it was only possible through something like Hockey Night in Canada Punjabi," said Singh.

With Singh taking centre stage on Wednesday night's broadcast, it's an opportunity for kids in his community to see something on a hockey broadcast that he never did growing up: someone that looks like them.

"There's been so many achievements," said Singh, "but first and foremost, growing the game at a grassroots level. We've heard from so many families that have put their kids into minor hockey because they've become fans of the game through the show."