We may not see any Movember moustaches on the ice this NHL season, but we can look back at some of the best 'staches from the past.

November is typically a time for moustaches in the NHL, as players around the league participate in Movember. The annual event where people grow moustaches during the month of November to raise funds and awareness for men’s health issues, such as prostate and testicular cancer, coincides with the NHL’s Hockey Fights Cancer month. Many players tie the two events together, growing a moustache while supporting the fight against cancer.

Thus, faces around the NHL are normally adorned with moustaches throughout the month of November, harkening back to a time when the noble moustache was the facial hair of choice for the sophisticated hockey player.

Alas, with hockey on hiatus until January, fans won’t be able to see any of their current favourites sporting a moustache for Movember. While they won’t be letting their lip lettuce flourish this month, we can instead look back at some of the great moustaches of the past.

Here are the top-ten moustaches ever sported by a Vancouver Canuck. 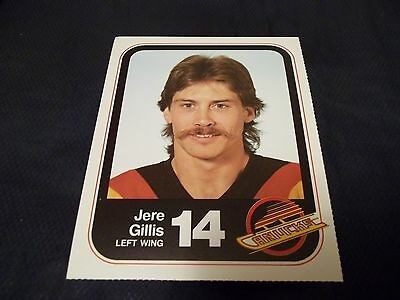 While pictures are hard to come by, journeyman Jere Gillis had a pretty solid English moustache at one point during his five seasons with the Vancouver Canucks. He brought the moustache back late in his career as well. 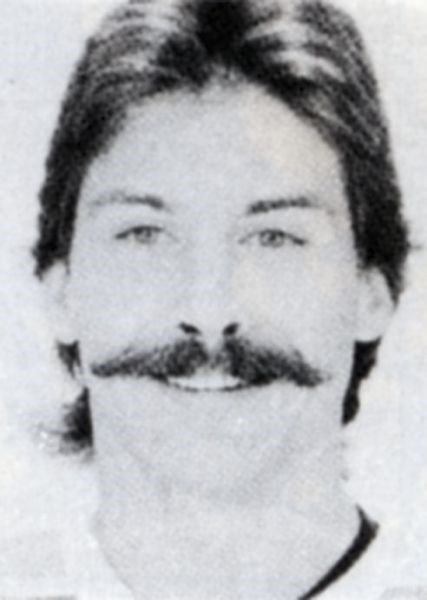 Gillis has also had a fascinating post-hockey career, as he became a stuntman, appearing in a wide range of movies starting in 1990 all the way up to last year, including blockbusters like Pacific Rim and The Day After Tomorrow. His ability to skate and play hockey has earned him work in movies like Goon, but he’s also done quite a bit of stunt driving.

Defenceman Doug Halward had a 19-goal, 52-point season with the Canucks in 1982-83, easily the best of his career. His refined, Burt Reynolds-esque moustache, meanwhile, is easily one of the best in Canucks history. 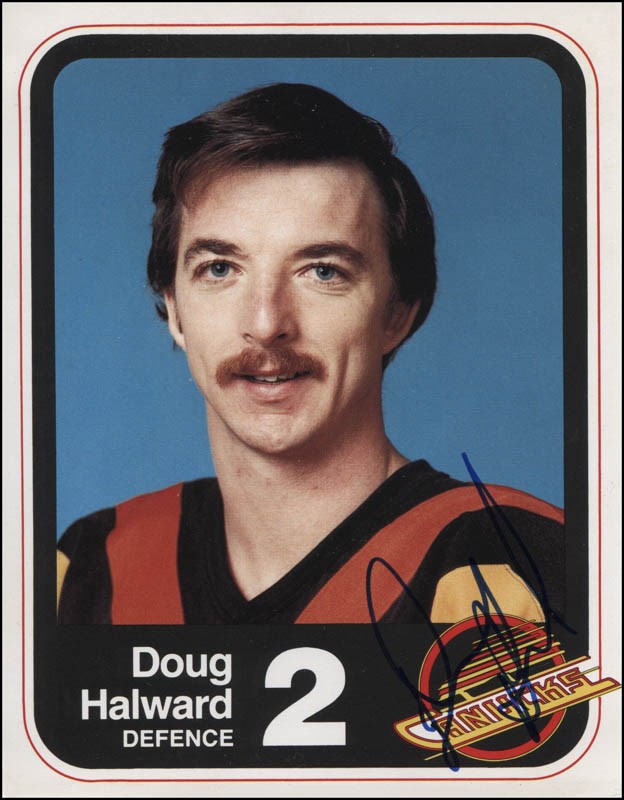 This is a moustache that is under control, that goes exactly where Halward wants it to go. And where it goes is just to the sides of his mouth, and no further. 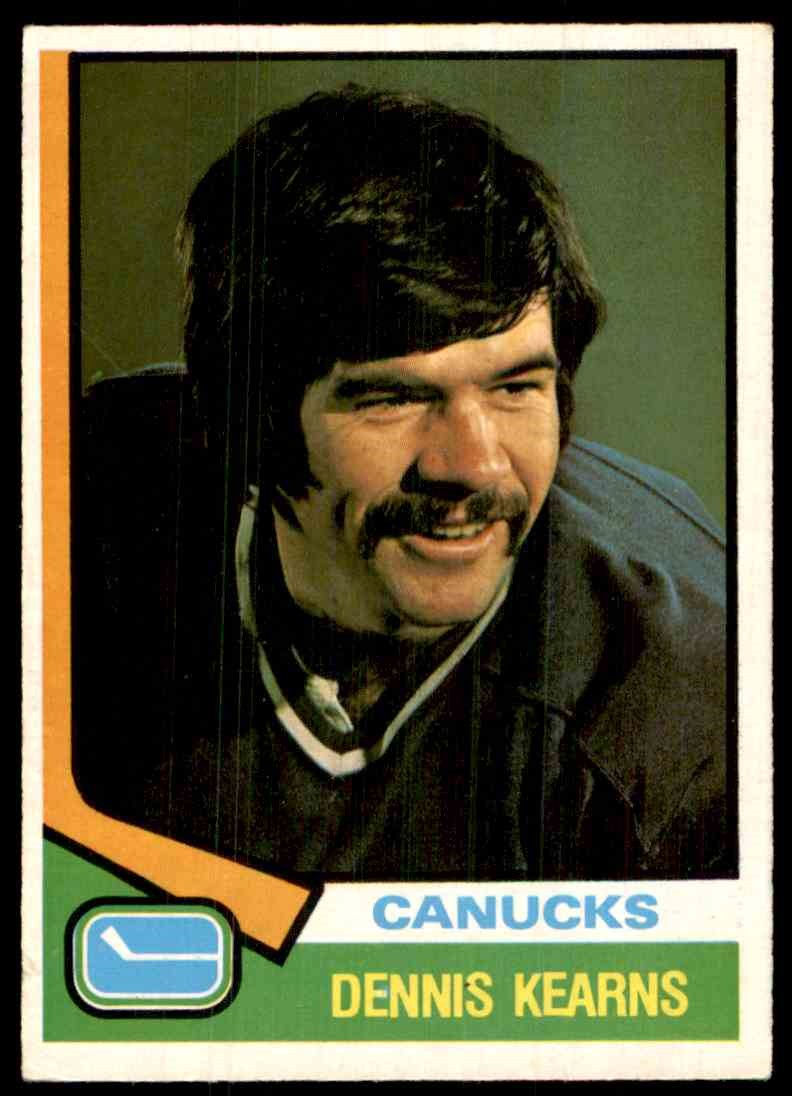 While Dennis Kearns was one of the best defencemen in Canucks history, putting up a career-high 60 points in the 1976-77 season, he didn’t always sport a moustache. When he did, however, it was a doozy.

EDIT: It has been brought to my attention that the above photo is actually of Don Lever. Getty Images had it mislabeled as Kearns, likely because the "9" on his sleeve looks like a "6" when upside down. 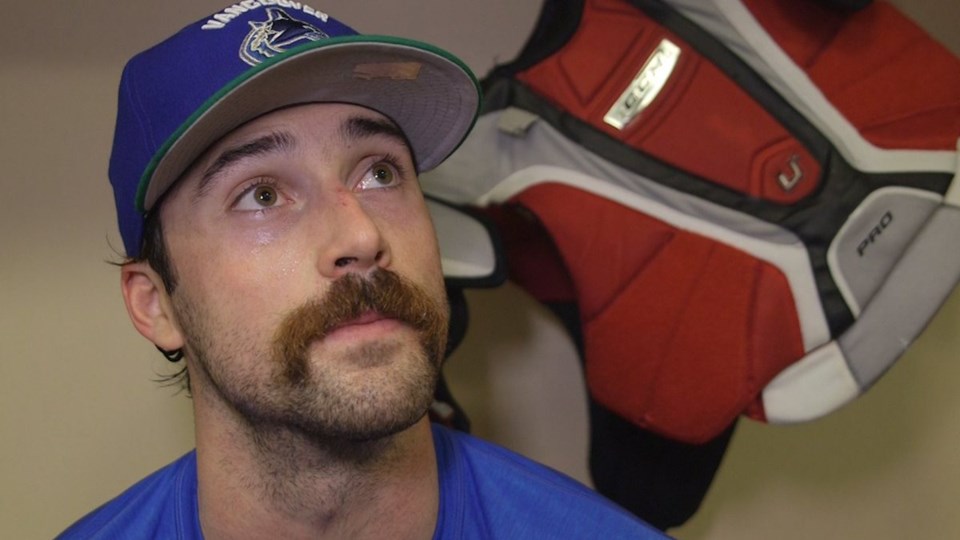 While Gudbranson typically had a full beard in his time with the Canucks, when he did choose to let his chin grow cold and warm only his upper lip, he went all out with one of the best moustaches the Canucks have ever seen.

Any chance this is worth Ty Cobb rookie card money? pic.twitter.com/MB4rcam6zE

John Garrett’s glorious moustache was mostly hidden behind his goalie mask during his three seasons with the Canucks, but fans have been able to continue appreciating it in the decades since in his role as colour commentator on Canucks broadcasts.

Garrett’s moustache is iconic, to the point that when he shaved it off — citing the bother of constantly needing to trim it — fans were alarmed. His broadcast partner, play-by-play commentator John Shorthouse, decided that at least one of them needed to cover their upper lip, so donned a fake moustache to compensate. 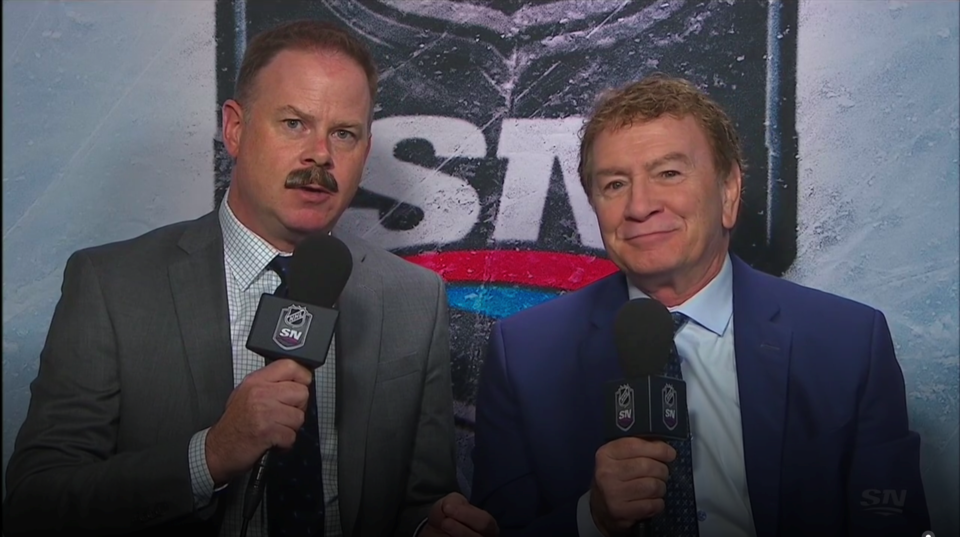 What can be said about this stupendous moustache from Gary “Suitcase” Smith. It’s elevated by its combination with mutton chop sideburns and a curly mop of hair, making it truly one of the great moustaches in Canucks history.

The only flaw is that Smith was a goaltender, so hid the moustache behind a mask for his entire career. 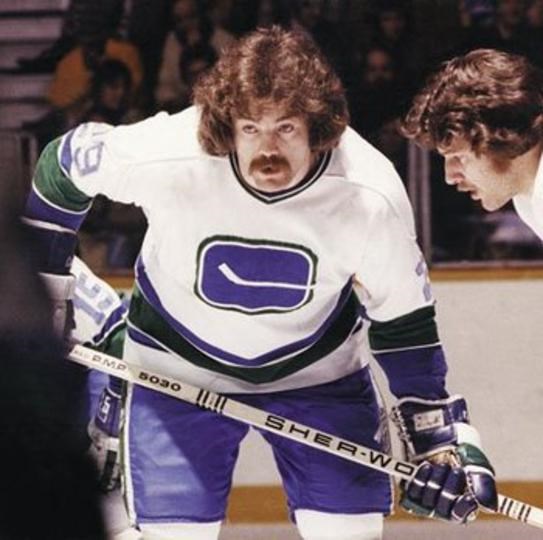 Ververgaert is perennially underrated when it comes to lists of great Canucks, perhaps because he never quite lived up to his billing as the third overall pick in 1973. He was still one of the team’s best players in the mid-70’s, leading the team in scoring in 1975-76 with 37 goals and 71 points.

That’s almost the Platonic Ideal of a moustache. Matched with his shaggy pseudo mullet and the scars on the face, Ververgaert looks exactly like what a 70’s hockey player should look like.

Placing one of the most iconic moustaches in NHL history at number two? I know, sacrilege, but I simply have too much respect for the ‘stache at number one.

Harold Snepsts is one of the most popular players in Canucks history: a hard-hitting and punishing stay-at-home defenceman on the ice and a born leader with a great sense of humour in the room. He was the longest-serving defenceman in Canucks history until Alex Edler passed him, with 781 regular season games and he’s fourth in penalty minutes just behind Stan Smyl.

This is a mustache thread and this is a picture of former NHLer Harold Snepsts. Sure he was in @HW_Radio_ 64 name field for Best Hockey Name but wow, what a stache! pic.twitter.com/Nly1mY9iab

Snepsts and his moustache are immortalized in the Canucks’ Ring of Honour, where he’ll forever bewilder younger Canucks fans with how to pronounce the letters “psts” all in a row.

As for the moustache itself, it’s a truly unique shape, like two extremely fuzzy caterpillars crawled up both sides of Snepsts’s mouth to give each other a kiss just under his nose. Delightful.

The only moustache that could possibly defeat that of Snepsts belongs to Babych. It’s a formidable moustache, planted on top of Babych’s upper lip like a pyramid: firm, unshakeable, solid.

What’s particularly impressive is how his moustache has only grown better with age, turning into a silver cookie duster or full-on walrus moustache, fully engulfing his mouth. It’s an incredible moustache, fully deserving of the top spot on our list. 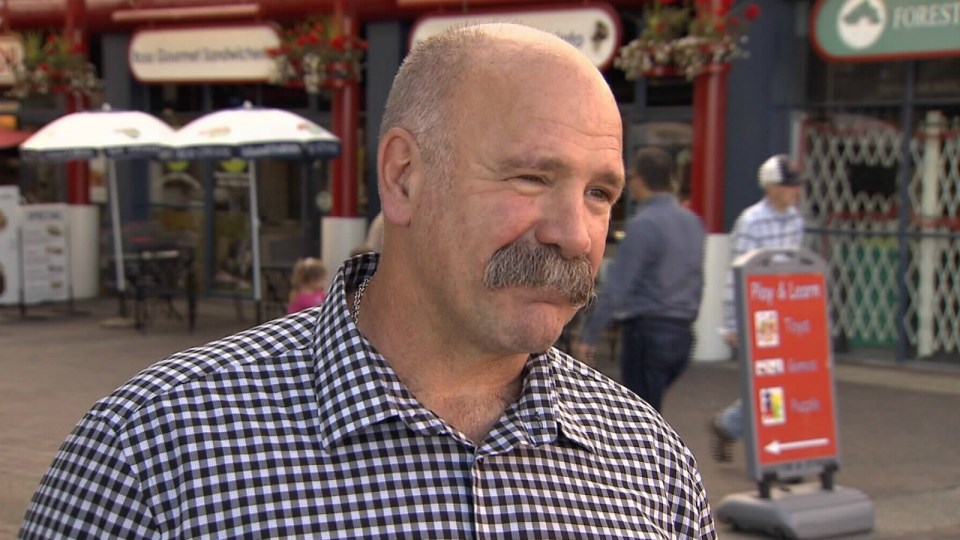 After retiring from the NHL, somehow Dave Babych's moustache got even better. photo: CTV

Agree? Disagree? Let me know in the comments below.

Adam Gaudette kicked his wife in the head at their wedding and now it’s international news
Nov 24, 2020 11:16 AM

New Canuck Braden Holtby is stuck at the Canadian border with his two tortoises
Nov 18, 2020 4:09 PM