Benning’s claim that the Canucks “ran out of time” to sign Toffoli is a damning indictment of his abilities as a general manager.
Feb 4, 2021 10:36 AM By: Daniel Wagner 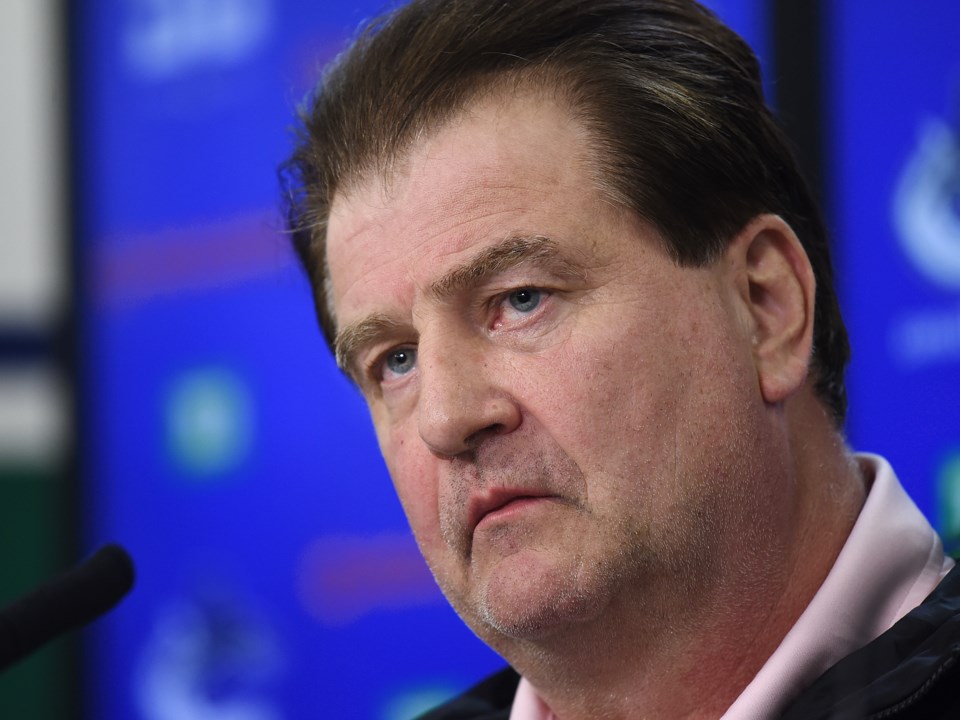 The five games the Vancouver Canucks have played against the Montreal Canadiens so far this season have not gone well. Specifically, they haven’t gone well for general manager Jim Benning.

Benning’s major trade acquisition from last season, Tyler Toffoli, has been repeatedly lighting the lamp in those five games, but for the wrong team. Toffoli’s eight goals against the Canucks has fans questioning Benning as to why he was unable to re-sign the veteran winger this past offseason.

In an article from Ben Kuzma at The Province, Benning tried to answer those questions.

According to Benning, he wanted to re-sign Toffoli as much as Toffoli wanted to be re-signed, but they “ran out of time” to get a deal done. Meant as a defence, it sounds more like a confession.

“It was our intention to try and get him signed and if we could have had a little more time, we could have tried to work through that,” said Benning to Kuzma. “It got to a point where I know Tyler wanted to come back and we were trying to figure it out. We kind of ran out of time with him getting offers and one he needed to take. We would have had to move money out.”

Here’s why this quote is so stunning: the Canucks had ample time to get a deal done with Toffoli.

The Canucks traded for Toffoli on February 17, 2020. He signed with the Montreal Canadiens on October 12, 2020. That’s nearly eight full months where the Canucks had exclusive negotiating rights for Toffoli and could have signed him to a new contract.

Of course, the situation changed a month into Toffoli’s time in Vancouver when the season was suspended due to the COVID-19 pandemic. That happened on March 12, so that still gave the Canucks seven months to re-sign Toffoli and they suddenly had a lot of free time to work on it.

You could argue that the NHL’s decision to have a flat salary cap for the 2020-21 season changed the situation significantly for the Canucks. Okay. Though it was rumoured for a while, the flat cap was officially announced on July 10. That gave Benning a full three months to grapple with the new reality and come up with a plan to sign the players he needed to sign.

Even if you further contract the timeline and suggest that contract negotiations could wait until the Canucks were out of the playoffs, which happened on September 4, that’s still over a month where the Canucks had exclusive negotiating rights with Toffoli and could have signed him to a new contract.

Keep in mind, Toffoli didn’t even sign on the first day of free agency, which opened October 9. He waited until the fourth day of free agency to sign, yet somehow that wasn’t enough time for Benning to get a deal done.

According to Kuzma, Benning’s priorities in the offseason lay elsewhere: “Canucks general manager Jim Benning said Wednesday that he had to address pressing priorities because his club could score, but needed to defend better and not force goalies to steal games.”

How’s that working out so far? The Canucks are giving up an average of 36 shots per game and the highest rate of scoring chances at 5-on-5, according to Natural Stat Trick.

Even games the team has won by wide margins have sometimes required heroics from their goaltending, such as the game against the Ottawa Senators where they gave up 23 shots in the first period. The final 5-1 score suggested a dominant Canucks performance, but Thatcher Demko still had to steal the first period, stopping 22 of 23 shots to keep it a tie game heading into the first intermission.

If Benning was unable to re-sign Toffoli because he felt the need to upgrade the defence, then he failed twice over.

While Benning was trying to acquire Oliver Ekman-Larsson, then focussed on Tyson Barrie in free agency, his lack of communication alienated players that wanted to stay, including Toffoli, but also Chris Tanev, who signed with the Calgary Flames, and Troy Stecher, who signed with the Detroit Red Wings.

"They didn’t really have a whole lot of conversations with us, with myself and my agent," said Toffoli after signing in Montreal.

It reflects an inability to multitask and prioritize. Focusing on certain players doesn't mean you stop communicating your plans with other players. And even if upgrading on defence was top of the list, re-signing Toffoli should have also been a significant priority and didn’t need to wait until the defence was done. There were many ways to navigate through the difficult salary cap situation.

"We would have had to move money out."

As Benning said, signing Toffoli would have required the Canucks to “move money out,” but that’s part of his job as general manager. It’s also a tacit admission that the Canucks’ cap situation prevented Benning from improving the team and the person who is primarily responsible for the Canucks’ untenable cap situation is Benning himself.

Loui Eriksson is still the Canucks’ highest-paid forward. Benning spent big on Tyler Myers last offseason and his $6 million cap hit carries through 2024. Highly-paid bottom-six forwards like Antoine Roussel and Jay Beagle also eat away at the team’s cap flexibility, preventing them from signing better players that would significantly upgrade the lineup.

Keep in mind, all of this is happening while the team’s two best players, Elias Pettersson and Quinn Hughes, are in the last year of their entry-level contracts. This season, the Canucks should have been able to make significant additions to push for a long playoff run because those two players, likely to be the team’s highest-paid players for a long time in the future, are still cheap.

How could the Canucks have created the space to sign Toffoli?

A buyout of Brandon Sutter would have helped. Signing a cheaper goaltender than the $4.3 million-per-year Braden Holtby was an option. The Canucks could have also gotten creative in the trade market to try to clear a little room.

In his article, Kuzma suggests that trying to find a trade partner for Jake Virtanen wasn’t a guarantee, but there was a much simpler way to avoid having Virtanen’s $2.55 million contract on the books: let him walk. The Canucks didn’t need to re-sign Virtanen at all.

Ultimately, Benning’s defence of his inability to re-sign Toffoli simply sounds like an admission that his past mistakes caught up to him and prevented him from improving the Canucks roster.

Tyler Toffoli’s dominance against the Canucks could be a breaking point for Jim Benning
Feb 3, 2021 12:21 PM

IWTG: Canucks played a better brand of hockey, but Canadiens made them look like No Frills
Feb 3, 2021 12:50 AM