The NHL is suspending the season due to the coronavirus pandemic

According to reports, the NHL has followed the lead of other sports leagues around the world and suspended its season.
Mar 12, 2020 9:42 AM By: Daniel Wagner 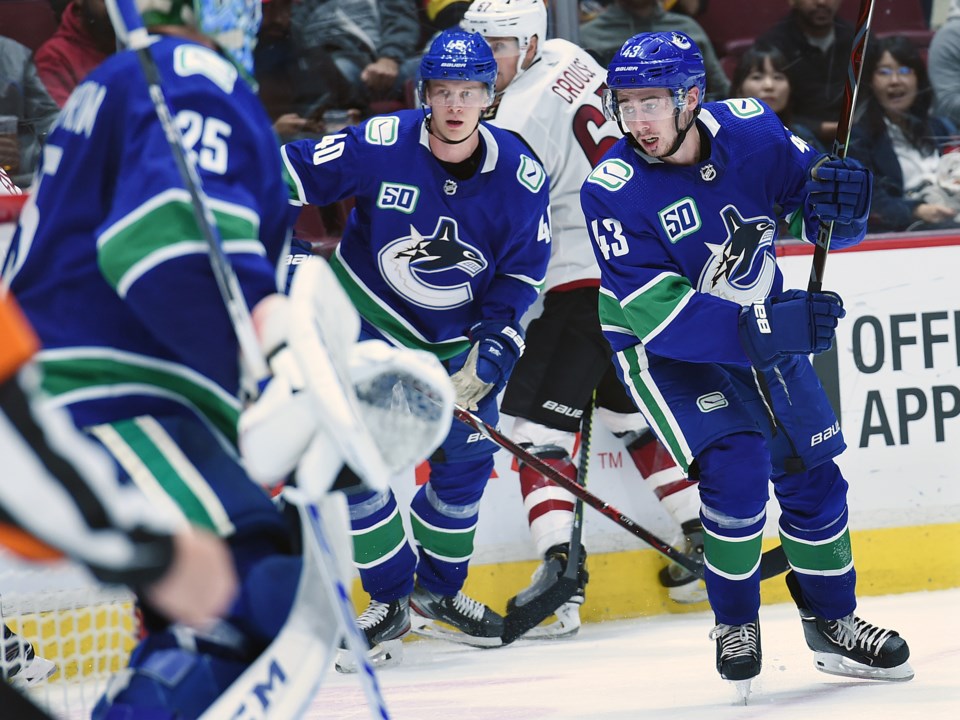 Elias Pettersson and Quinn Hughes track down the puck for the Vancouver Canucks. photo: Dan Toulgoet

According to reports, the NHL has followed the lead of other sports leagues around the world and suspended its season.

The news trickled out slowly over the course of the morrning: teams were instructed by the NHL to cancel their morning skates. Then it came out that on-ice officials that had traveled to games had been told to book flights home. It was easy to see the writing on the wall.

Just a few days ago, the idea of NHL teams playing in front of empty arenas seemed extreme. Now, it seems like an inadequate response to a serious pandemic.

On Wednesday, the NBA suspended its season after Utah Jazz star Rudy Gobert tested positive for the novel coronavirus prior to a game between the Jazz and Oklahoma City Thunder. The game was initially just postponed before the NBA announced the suspension of their season.

Since then, one of Gobert's teammates, Donovan Mitchell, also tested positive for coronavirus.

Over the previous week, Gobert and the Jazz played in three arenas shared by NHL teams in New York, Boston, and Detroit. Not only is there a risk that the coronavirus could be spread through locker room contact, but arena staff work both leagues. That's in addition to other vectors through which the virus could be spread to the players and staff on NHL teams.

Count back 5 days before yesterday. Utah Jazz played in Boston

Between travel and shared arenas, you can connect 10 arenas, 10 NBA teams and 5 NHL teams to that game, in just 6 days of games

That's just based on the teams and arenas, adding in refs would make it even worse. pic.twitter.com/L4fbWtbyJR

While no NHL player has tested positive for coronavirus that we know of, it's still prudent for the league to suspend the season. The professional athletes in the NHL are at a very low risk of suffering a serious illness or dying from the disease, of course. The issue at hand is halting the spread of the disease to those who are at risk: the elderly, people with chronic conditions, and people with compromised immune systems.

In addition, the need for players and teams to potentially quarantine themselves if a player did test positive for coronavirus would have led to the cancellation of multiple games.

The NHL has reportedly inquired with teams about their arenas being available through July, suggesting that they intend to reschedule the season rather than cancel it outright. Extending the season through July would buy the league over a month of time to complete the regular season, longer if they simply move directly to the playoffs. For the season to be picked up again, a lot would have to go right in the handling of the coronavirus pandemic; it's still possible that games could be played in front of empty arenas if and when the season starts up again.

It is unknown at this time how the NHL will handle the standings if the remainder of the regular season is unable to be played. Going purely by points and the NHL's standard tiebreakers, the Canucks sit outside of the playoff picture, with the Winnipeg Jets passing them with their win on Wednesday night.

No matter how the NHL decides its standings issue, some teams will be unhappy, but a little unhappiness is a small price to pay for a rational response to a pandemic.

The NHL has officially confirmed that the season has been temporarily suspended, with hopes of continuing the season in the future.

"Our goal is to resume play as soon as it is appropriate and prudent," said the statement from NHL commissioner Gary Bettman, "so that we will be able to complete the season and award the Stanley Cup."

There have been just two years in its history that the Stanley Cup has not been awarded: in 2005 due to the 2004-05 lockout and 1919 because of the Spanish Flu pandemic, which struck the Montreal Canadiens during the Final, leading to the cancellation of the playoffs.

THE FARMHOUSE: Brogan Rafferty is killing it with the Utica Comets
Feb 7, 2020 12:50 PM
Comments