REPORT: The Pittsburgh Penguins are interested in Chris Tanev in free agency

The Penguins already have Tanev's younger brother, Brandon Tanev, on the roster.
Sep 22, 2020 11:10 AM By: Daniel Wagner 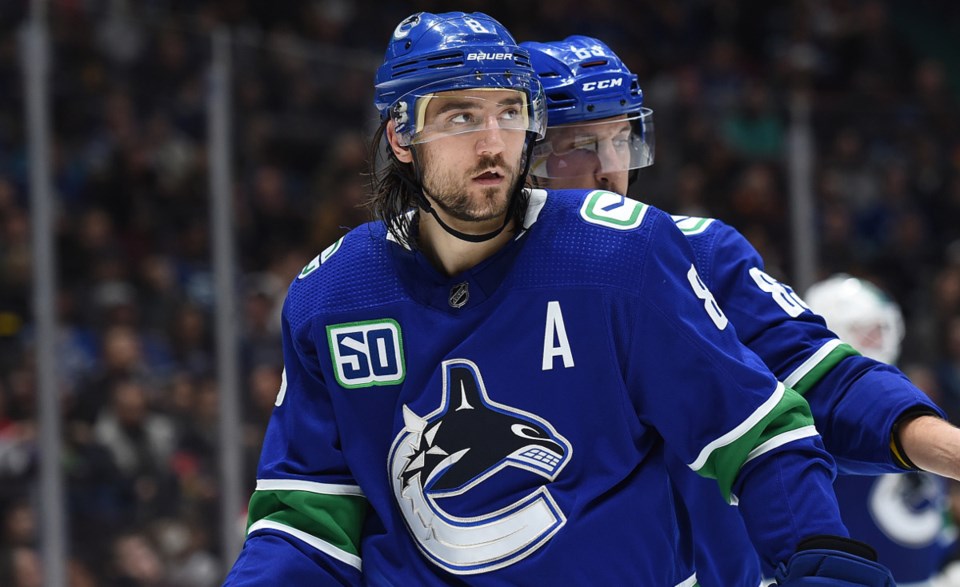 Chris Tanev has spent his entire career with the Vancouver Canucks. In fact, he’s one of just two players remaining from the 2011 team that went to the Stanley Cup Final.

At that time, Tanev was a rookie with just 29 games played in the regular season before he was unceremoniously thrown into playoff action, but he impressed everyone with his calm and poised game. Nine years later, he’s become a staple on the Canucks blue line and an elder statesman in the locker room.

There’s a possibility, however, that he’s played his last game as a Canuck. Tanev is entering the offseason as an unrestricted free agent and there will be plenty of other teams interested in his services. Teams like the Pittsburgh Penguins.

According to a report from The Athletic’s Rob Rossi and Josh Yohe, a right-handed defenceman is “a priority for the Penguins” and, according to multiple sources, Tanev is their target.

It makes sense for the Penguins. They won’t be re-signing Justin Schultz, so need to replace him on the right side and likely want a veteran to avoid placing undue pressure on young defenceman John Marino as he enters his sophomore season. Tanev would also eat up minutes on the penalty kill currently being played by Kris Letang, easing the burden on the Penguins’ ageing number one defenceman.

According to The Athletic, the Penguins are prepared to offer a five-year deal and could go as high as $5 million per year for Tanev. That’s a hefty price to pay and one that the Canucks likely would be unable to match, particularly since they also want to re-sign Jacob Markstrom and Tyler Toffoli.

Beyond money, the Penguins have another lure: Tanev’s younger brother, Brandon Tanev. Brandon signed a six-year deal with the Penguins last year, so a five-year deal for Chris would allow the brothers to play with each other for five years, then head into free agency together.

The opportunity for two brothers to play together is certainly unique and the two Tanevs have a compelling story: both briefly stopped playing competitive hockey as teenagers because they were deemed too small. Neither one was drafted. Both went to schools in the NCAA that weren’t known for churning out NHL talent, the Rochester Institute of Technology for Chris and Providence College for Brandon. And yet, both beat the odds and have carved out careers in the NHL, primarily through their commitment to playing sound defence.

The two brothers nearly played together in Vancouver. The Canucks had Brandon at a prospect camp back in 2011 and, when Brandon finished his four years at Providence, explored signing him. Brandon chose to find his own way apart from his brother.

“I don’t think he wanted to come into a situation where I’m here already,” said Chris back in 2016 when the two brothers first faced each other on an NHL rink. “It could get too much attention that he wouldn’t really need. He just needs to focus on hockey.”

Four years later, do the two brothers now have a desire to play on the same team? Would the draw of the money, term, and his brother be enough to compel Tanev to sign in Pittsburgh?

When Tanev spoke to Vancouver media at the conclusion of the season, he admitted that he hadn’t even thought about signing anywhere else.

“I’d love to stay with the team,” he said. “I love the organization, I love all the guys, I love the city, the fans are great. So that’s obviously the goal, to be able to stay a Canuck as long as I can. I haven’t thought of the possibility of playing my last game [for the Canucks], to be honest.”

Manny Malhotra will leave the Canucks and join the Maple Leafs coaching staff
Sep 17, 2020 9:43 AM
Comments