The former Canucks centre has spent the last four seasons in Vancouver as a development and assistant coach.
Sep 17, 2020 9:43 AM By: Daniel Wagner 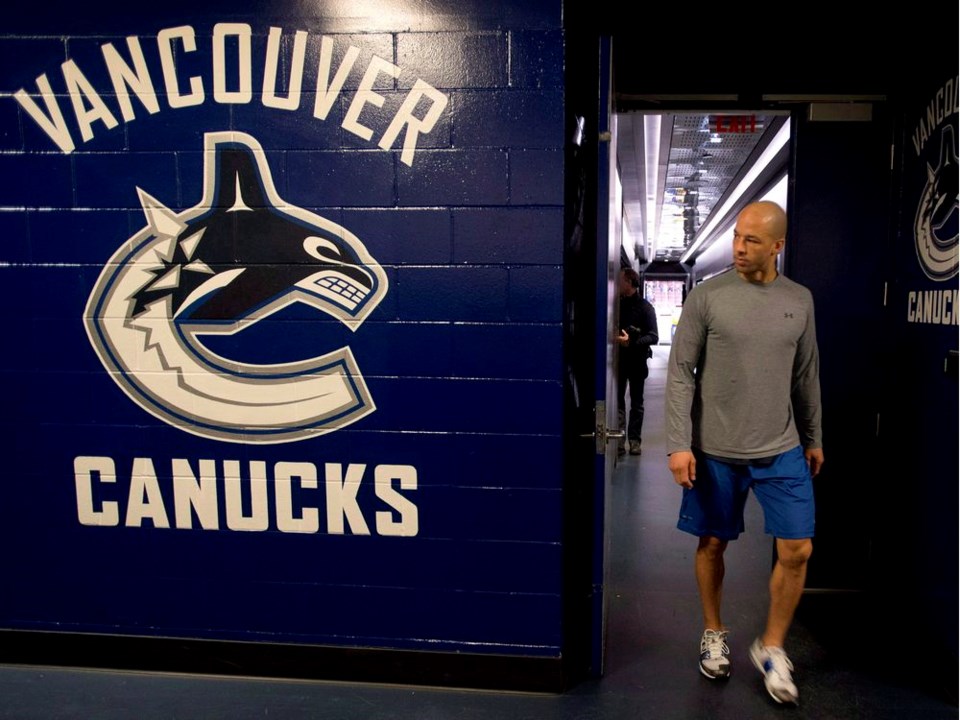 Ken Hitchcock planted the seed in Manny Malhotra’s mind that he might one day be a coach. It was when Malhotra was playing for the legendary coach with the Columbus Blue Jackets. Hitchcock challenged him to take on a more team-central role: matching up against top lines, killing penalties, taking faceoffs, and doing all the dirty, unselfish work it takes to win hockey games.

“At that point, I had played for a lot of coaches in a lot of different systems,” said Malhotra, “and for the most part, you’re always just told, ‘Do this. This is what we’re doing.’ Whereas for Hitch, he gave you the ‘Why.’ And for me, it was kind of like a lightbulb moment.”

“That’s when I started to have that seed in my mind that I think I would enjoy coaching,” he added.”

Malhotra played a similar role for the Vancouver Canucks during their Presidents’ Trophy-winning seasons, taking on the most thankless jobs — starting in the defensive zone against tough competition — to enable his teammates, like the Sedins and Ryan Kesler, to focus on offence. After he finished his playing career, the Canucks brought him back as a development coach, helping the players with details like faceoffs and doing pre-scouting of the Canucks’ opponents, then promoted him to assistant coach a year later.

The Canucks always knew, however, that keeping Malhotra in a limited role was not going to last.

“I think he would be a good head coach,” said Travis Green. “That’s gonna be a decision he has to make at some point: when he wants to do that.”

According to a report from Elliotte Friedman, Malhotra has taken the next step towards someday being an NHL head coach: he’ll step behind the bench as an assistant coach with the Toronto Maple Leafs.

Hearing the open spot on TOR's bench will be filled by Manny Malhotra, who is moving from the VAN staff.

The Leafs let two assistant coaches go a month ago, Paul McFarland and Andrew Brewer. The departure of McFarland was expected, as he was announced as the new head coach of the Kingston Frontenacs in the OHL back in May. Neither was it a surprise that Brewer didn’t have his contract renewed, as he was a holdover from the Mike Babcock era in Toronto.

It’s expected that one of those vacancies will be filled by A.J. Maclean, the son of long-time NHL coach Paul MacLean. The younger MacLean was an assistant coach with current Leafs head coach Sheldon Keefe with the Toronto Marlies. Now it appears the other vacancy will be filled by Malhotra.

Malhotra is a student of the game and an adept communicator, which should make him a great fit for a young Leafs team. Where his departure might hurt the most is in the faceoff circle, where the Canucks were second in the NHL with a 55.7% winning percentage.

The Canucks centres raved about Malhotra whenever asked about the work he put in with them on faceoffs, with Jay Beagle, J.T. Miller, and Bo Horvat all posting career highs in faceoff percentage this season. The rest of the Canucks have nothing but positive things to say about Malhotra as well.

"Manny's such an awesome guy," said Brock Boeser. "He really cares about each individual that he works with on the ice. He really pushes you to get better in practices. He pulls guys aside to help them out during games and show them clips too...I'm really happy for Manny and I think he's going to do a great job in Toronto."

Overall, it’s a good move for Malhotra, even if his presence will be missed in Vancouver.

UPDATE: This report has since been made official by the Maple Leafs.

“This is a good opportunity and a great promotion for Manny. He’s ready for this next step in Toronto. He’s a good friend, we’re proud of him, and we wish him and his family nothing but success and happiness in the future.” - Travis Green https://t.co/oOYbkmxnDF