The Canucks' AHL affiliate is heading to Abbotsford

The Utica Comets were the Canucks' AHL affiliate for eight seasons.
May 4, 2021 6:26 PM By: Daniel Wagner 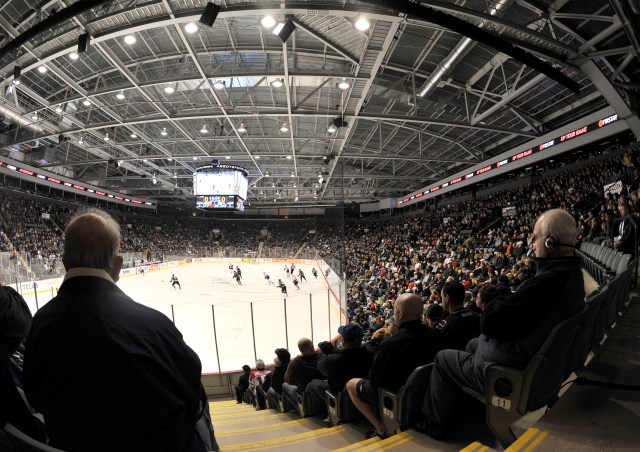 There have been rumblings for weeks surrounding the Vancouver Canucks' AHL affiliate, the Utica Comets.

A month ago, Comets president Robert Esche registered "Utica Devils" as a trademark. Previously, the Utica Devils were the affiliate of the NHL's New Jersey Devils from 1987 to 1993.

Shortly after, the Devils informed their AHL affiliate, the Binghamton Devils, that they would be relocating the team. It didn't take a great leap in deductive reasoning to figure out that their likely new location was in Utica.

That meant the Canucks would need a new location for their affiliate. While they had reportedly been happy with their arrangement in Utica, it wasn't necessarily meant to be a permanent solution. The travel between the two clubs was prohibitive, for one, making it difficult to call up prospects from the AHL at a moment's notice. Exacerbating the issue, Utica does not have an international airport.

The Canucks needed an AHL affiliate closer to Vancouver, preferably in the same time zone, and preferably with an international airport to make flying prospects to different NHL cities significantly easier. Perhaps it could even be a city that has hosted an AHL team in the past, with an AHL-ready arena.

On Tuesday, Canucks owner Francesco Aquilini confirmed the team's intent to move their AHL affiliate from Utica to Abbotsford.

"With momentum starting to build, we are pleased to confirm our goal to bring our AHL franchise and Canucks prospects home to the City of Abbotsford," said Aquilini in a statement. "The move would bring significant opportunities for both our team and the community and it would begin a new chapter, bringing Canucks hockey to even more fans throughout the Lower Mainland."

The details of the agreement with the city of Abbotsford have yet to be finalized and the partnership agreement still requires approval from the AHL Board of Directors.

Abbotsford previously hosted the AHL affiliate of the Calgary Flames, who were known as the Abbotsford Heat. It was an awkward arrangement, with branding, logos, and jerseys that were heavily dependent on the Flames, making them a tough sell to Canucks fans in the Fraser Valley.

The city of Abbotsford also lost millions of taxpayer dollars during the Heat's five years in Abbotsford, with a contract that guaranteed the city would make up any shortfall of the team's annual budget. All told, the Heat cost the city more than $12 million.

The city of Abbotsford has likely learned a lesson from that deal and is unlikely to sign a contract so favourable to the Canucks. On the other hand, success might be easier to come for a team that will boast Canucks prospects just a short drive from Vancouver. In addition, merchandise that borrows from the Canucks branding would likely sell well to Canucks fans across the province.

The team will have a new name, brand and logo according to the Canucks' statement and will play in the AHL's Pacific Division with teams in California, Arizona, and Colorado. That will mean more travel for the AHL team compared to the bus rides from Utica to their rivals in New York.