Joel Armia and Jesperi Kotkaniemi are unavailable for the Canadiens due to the NHL's COVID-19 protocol.
Mar 22, 2021 3:13 PM By: Daniel Wagner 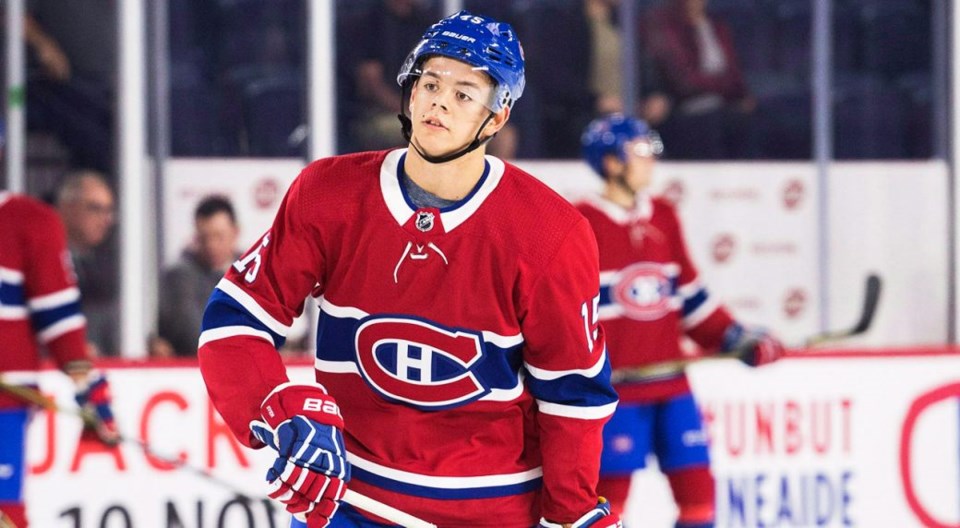 Jesperi Kotkaniemi of the Montreal Canadiens has been added to the NHL's COVID-19 protocol list.Graham Hughes / CP

So far this season, the all-Canadian North Division has been relatively sheltered from the positive COVID-19 cases affecting the rest of the NHL. While the other divisions have had to postpone games due to COVID-19 outbreaks, that has yet to be the case in Canada.

The Vancouver Canucks had one positive COVID-19 test at the start of the season that forced Jordie Benn into quarantine, as well as J.T. Miller, who was considered a close contact for Benn. Since then, they haven’t had any players forced to quarantine due the NHL’s COVID-19 protocols, even avoiding quarantine for waiver claim Jimmy Vesey by having him drive himself from Toronto to Ottawa to join the team.

That will change in the near future, as the team’s other waiver claim Travis Boyd will need to quarantine for seven days once he arrives in Vancouver on Tuesday.

It could also change, however, because their most recent opponent, the Montreal Canadiens, just had two players added to the NHL’s COVID-19 protocol list.

Joel Armia and Jesperi Kotkaniemi both played against the Canucks on Friday and Saturday. On Monday, the two Canadiens forwards were named as “players unavailable due to COVID protocol.” If the two players are in protocol because of a positive test, there is a risk that one or both of them could have spread the virus to players on the Canucks, as it is possible for a carrier of COVID-19 to be contagious before testing positive.

While the Canucks have not reported any positive test results and have no players on the NHL's COVID-19 protocol list, the virus does take time to show up on tests.

The NHL has reportedly postponed the Canadiens' Monday game against the Edmonton Oilers.

There is previous evidence this season of COVID-19 being spread from team-to-team during NHL games. Additionally, a study of the Finnish U-20 league found that a single asymptomatic carrier of the virus led to the infection of 49 players across five teams.

“In ice-hockey the players have many close contacts during a game, and heavy breathing due to high intensity in games,” reads the study. “One possible risk factor is the cold and dry air in ice hockey rinks, which may increase the distance of aerosol transmission.”

That said, there are other reasons besides a positive test why Armia and Kotkaniemi could be on the NHL’s protocol list. They could be high-risk close contacts of someone else who tested positive, requiring isolation. In that case, unless one or both players subsequently test positive, they won’t have spread the virus to the Canucks.

The NHL has to hope that Armia and Kotkaniemi are not harbingers of a COVID-19 outbreak in the North Division.