One player for the Canucks AHL farm team, the Utica Comets, has tested positive for COVID-19 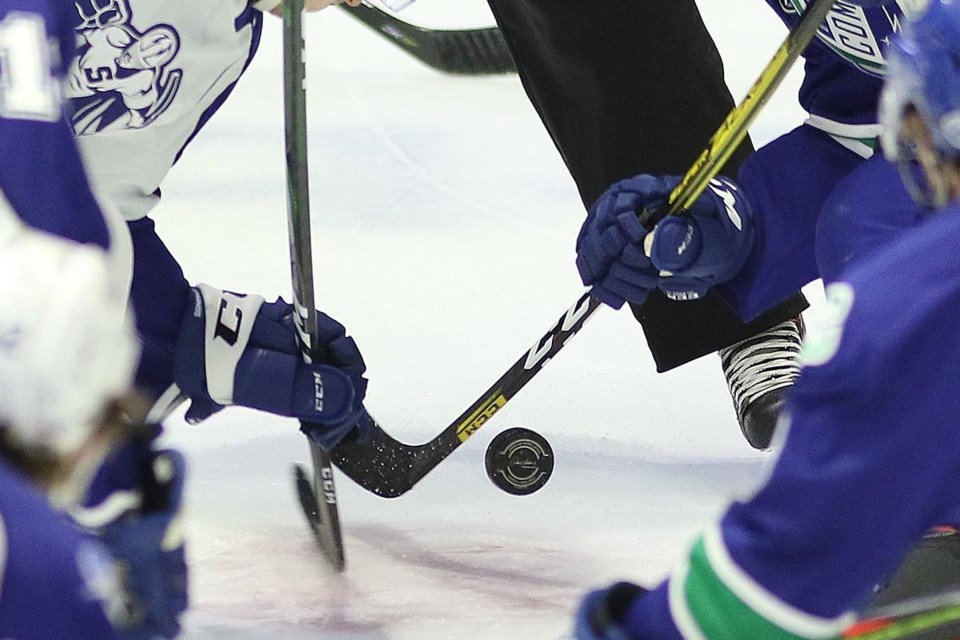 The Utica Comets have had three games postponed this week due to the AHL's COVID-19 protocols.AHL / theahl.com

It’s been a strange season for Vancouver Canucks prospects on their AHL farm team.

First, the start of the AHL season was delayed until February. The Utica Comets have been joined by players from the St. Louis Blues’ system to play a schedule that mostly features just two opponents — the Syracuse Crunch and Rochester Americans — that are within a couple of hours driving distance from each other. The only other team they’ve played so far is the Binghamton Devils — also just two hours away from Utica.

Despite staying within a fairly small radius around Utica, the Comets have still been affected by the ongoing COVID-19 pandemic.

After a game against the Rochester Americans on March 10 — a 3-2 shootout win — three Americans players and a member of their support staff tested positive for COVID-19. As a result, the Comets immediately postponed their next two games against the Crunch and Americans “due to an abundance of caution” according to an AHL press release.

The Comets were scheduled to pick up their schedule again on Friday against the Americans, but now that game has also been postponed. This time, the wording from the AHL is different, saying that the game was postponed “due to league COVID-19 protocols affecting the Utica Comets.”

The Americans and Comets initially hoped that they could play their Friday game if they had multiple days in a row of negative tests. Given the wording from the AHL, it’s possible that one or more of the Comets players have also tested positive for COVID-19, requiring more days without a positive test.

UPDATE: The Comets have confirmed that a player has tested positive, linked back to a member of the Rochester Americans. The Comets are still intending to practice on Friday despite the positive test.

The Comets suspended all team activities this past week in order to remain socially distanced in hopes of halting any potential spread of the coronavirus.

It remains to be seen whether any further games will be postponed. The next game on the Comets schedule is against Syracuse on Saturday.

The postponement interrupts a successful season for several Canucks prospects. Jonah Gadjovich, who had previously struggled to adapt to the AHL game, has 8 goals and 9 points in 9 games to lead the team in scoring. Kole Lind is also a point-per-game player with 5 goals and 8 points in 8 games, while Lukas Jasek is holding his own after a move to centre with 8 points in 9 games.

Defenceman Jack Rathbone has also excelled after getting sent down to Utica from the Canucks’ taxi squad.

The prospects on the Comets are not the only Canucks prospects to face complications to their seasons due to COVID-19. At one point, more than half of Vasily Podkolzin’s team in the KHL tested positive for the coronavirus. Jack Malone saw his college season at Cornell cancelled because of COVID-19 but was able to return to the USHL to play for the Youngstown Phantoms, where he has 24 points in 29 games.