10 Questions: There’s a tear in Ben Lai’s jokes for beer

Shindig organizer and emcee hangs up microphone after 15 years 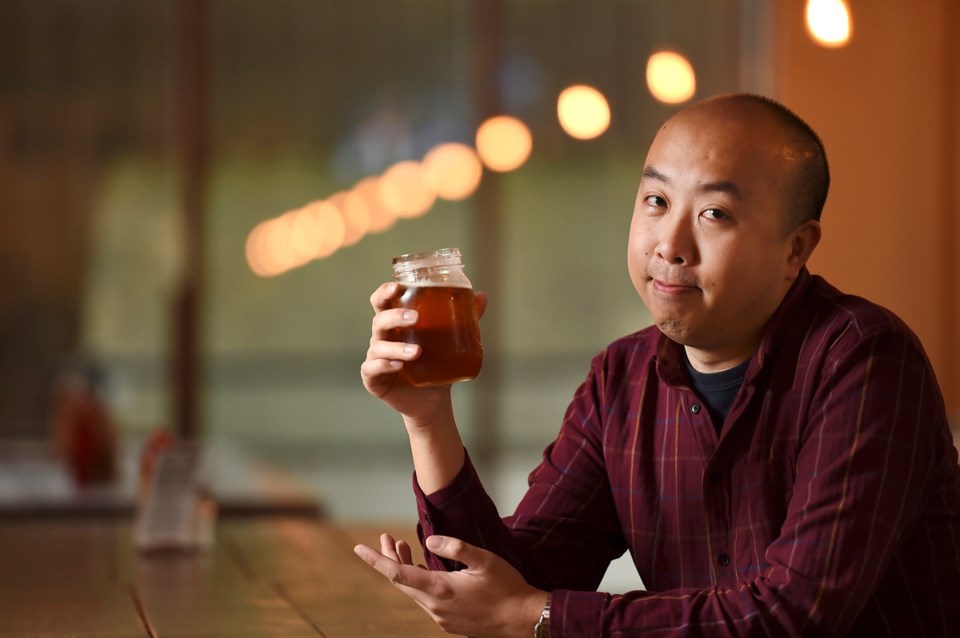 The University of British Columbia’s radio station CiTR first launched its Shindig band competition more than three decades ago. In that time, the annual battle royal has seen the likes of 3 Inches of Blood, Japandroids, the Organ, You Say Party! We Say Die!, Fond of Tigers and Meow, featuring a feline-outfitted Neko Case on drums, rock its illustrious ranks. And while bands come and go, there has been one constant for nearly half of Shindig’s existence — emcee and organizer Ben Lai. While this Friday marks the 32nd Shindig Final, Feb. 5 at Pat’s Pub, it will also be the last event with Lai at the helm. Before hanging up his microphone, Lai talked to the Courier about mean Shindig judges, angry bands and jokes for beer.

1. In as brief and sexy a way as possible, what is your official job title and duties at Shindig?
I’m the emcee at Shindig, and I also help out with organizing the event. I’m the person who is there to make sure everything runs smoothly every night, and that everyone is having a good time.

2. Why is this your last year at Shindig?
I love the job, but 15 years is a very long time. I’ve been involved with Shindig for almost half of Shindig’s 32-year life span. That is ridiculous. It’s time for me to move on and let someone else have an opportunity to have the fun that I’ve had, and also to bring in new energy and fresh ideas.

3. How has Shindig changed since you first started?
One change between Shindig now versus back then is we have much more transparency with the judging process now. Back when I first started, the bands had no idea who was judging them or how they were judged. We were more or less telling them, “If you play well and we like you, you might win.” Today, we provide bands with outlines on how the judging system works and the judging list is made public after each night. Another thing is that I remembered more heckling back in the early days, especially during Jokes for Beer, though sometimes even when the bands are playing. The crowd is much better behaved now — there is almost none of that anymore.

4. Jokes for Beer remains a popular part of Shindig. What can you tell me about the correlation between people’s desire for free alcohol and their sense of humour?
Yes, Jokes for Beer is still a big part of Shindig. As you can probably guess the people with the most desire for free beer are also the drunkest, and they tend to tell long and incoherent jokes. Often the best jokes are told by the shy person in the corner who didn’t really want that extra beer in the first place, who is only telling the joke because their friend keeps egging them to do it.

5. Have you ever had to cut off a joke teller because their material was too offensive?
More than a few times. Mostly for awful sexist jokes. The crowd is a very good gauge of jokes. Usually they start booing and hissing before I even get a chance to take the microphone away from the joke teller.

6. Although Shindig is meant to be fun, it still is a competition, and bands and their fans have feelings. What have been some of the most extreme reactions you’ve witnessed regarding judges’ decisions?
One time I heard a beer glass thrown against the wall inside the band room immediately after I announced the winner — obviously the losing band didn’t like what they’d heard. Another time, when we were still at the Railway Club, a wooden bar chair got chopped into pieces by a band member. I have never witnessed it myself, but more than a few acts have told me that they cried after Shindig. Not so much from the losing, but from reading the judge’s comments. The comments from the judges get passed back to the bands after the show, and back in the old days they could be very mean and nasty. In general though, the bands react fine — their friends however are sometimes more vocal with their displeasure. Nothing too crazy, usually they just run up to me and tell me how the wrong band won or that the judging was fixed.

7. What can you tell me about the bands in this year’s final?
First we have the Psychic Alliance who write catchy songs and bring an amazing amount of energy and theatrical presence to their shows. They will be followed Late Spring, who combine elements of noise rock, shoegaze and surf to create a dreamy and mesmerizing performance. Lastly, we have a solo violin player by the name of Wallgrin. She uses loop pedals to create songs with her voice and violin that is delightfully unique and refreshing.

8. When you aren’t helping organize Shindig what occupies your time?
I also host a radio show on CiTR Radio Thursday nights, where I invite bands to play live on the air. Non-musically, currently one of my favourite hobbies is collecting and repairing old vintage computers. Yes, I’m a nerd.

9. What will you miss most about Shindig?
I will miss being introduced to new bands and new people every year. The Vancouver music community is full of wonderful and talented people, and through Shindig I got to interact with so many of them. In fact, many of my closest friends today are people who I met when they played in Shindig.

10. Where will you be next year when Shindig starts again?
Now that I can leave town for more than a week at a time, I will be doing some travelling. Asia sounds like a good destination. Otherwise you’ll still find me at Shindig every so often, probably at the back of the bar. Not sure if I’ll tell a joke for a beer though.