Passionate about the music to the end, Vancouver jazz festival co-founder mourned 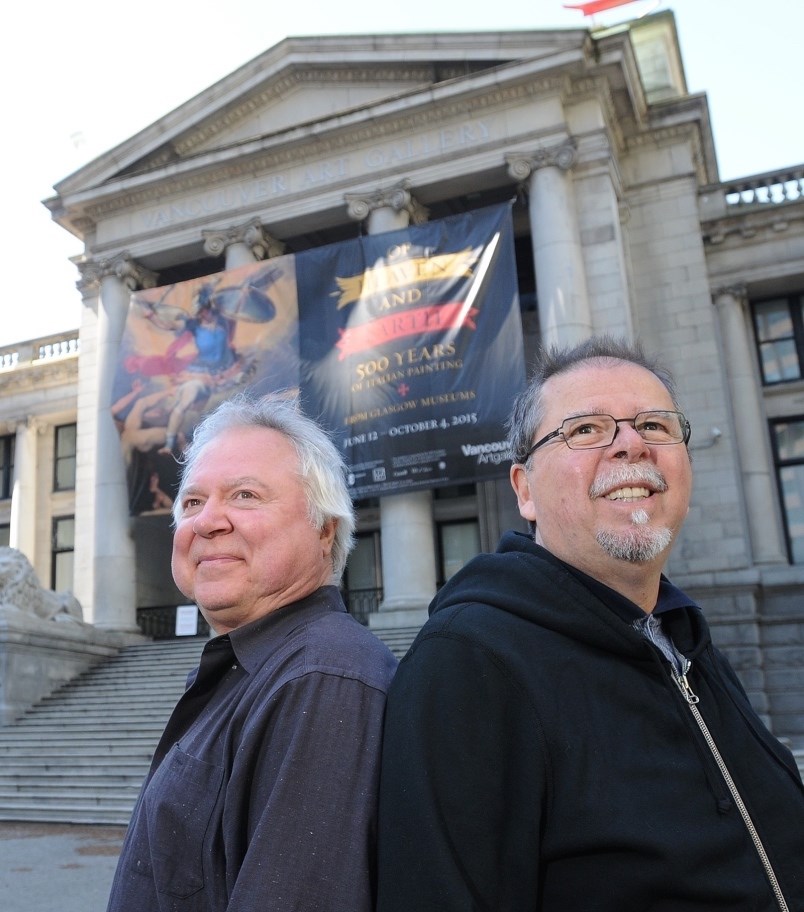 For Vancouver jazz fans, Ken Pickering’s legacy is that he brought the world’s top and emerging musicians right to their front door.

For Vancouver jazz musicians, it’s the numbers of doors he opened for them, all around the world.

“He believed in us,” says Gregg Simpson, a former jazz drummer who, for the past three years, had also been Pickering’s neighbour on Bowen Island. “He loved the music and cared about the scene. He was the scene for local musicians.”

Pickering died of throat cancer on August 10, 2018. A co-founder of what’s now the TD Vancouver International Jazz Festival, he also provided jazz fans with their musical fix as owner of Black Swan Records, back when vinyl reigned supreme, and was the long-time artistic director of Coastal Jazz and Blues Society, which hosted the festival.

In 1985, Pickering asked Simpson’s band, Lunar Adventures, to play at the first Vancouver jazz festival at Granville Island and kept asking them back for the next 10 years.

Almost as important as giving musicians exposure at festivals and concerts, Pickering was instrumental in providing local jazz musicians with work when big names came to play in Vancouver. He was committed to giving young musicians every opportunity he could.

“Once you got someone with Ken’s connections and administrative abilities, that’s when the scene really took off, especially for free jazz,” says Simpson. “He always liked the newest things that people had never heard of. He was very eclectic. He put it all together and kept it together.

“And he was very erudite. He knew what the real stuff was.”

In a 2015 profile in the Westender, Pickering said “I think the jazz discovery, for me, happened around the age of 15, and I was immediately proselytizing for jazz. It was just the biggest thing in my life, and I became a bit of an evangelist.”

He was childhood friends with John Orysik, one of the festival’s other co-founders. They’d met in Grade 2 and, as teenagers, would wax philosophical about music on their walks to high school.

“John lived down by Rupert and Williams and I lived by Renfrew and Parker, and he would roll by and we would talk all the way to school about music and life and all that. I think John’s passion for jazz music began almost coincidentally with mine, just because I think we were very influenced by each other’s tastes — in music and life — in those tender teenage years.”

“It was a time of great discovery,” Orysik, the society’s media director, told writer Kristi Alexandra, noting that their developing values happened to parallel the basic values of jazz music.

“It was about searching for meaning, it was about creating community, it was about being creative and expressing your humanity through music,” Orysik says. “We were attracted to that, and there was so much variety, and it was coming from all over the world. Jazz is a global music, and we were listening to the artists that were coming to town that were important.”

Pickering, Orysik, fellow co-founder Robert Kerr and a handful of the fledgling organization's board members personally financed the first jazz festival, organizing it in the back office of Pickering’s Black Swan Records at West 4th and Bayswater in Kitsilano. (It’s now a Starbucks.)

“We tend not to count our 1985 event, which was very small in nature, but it did enable us to attract corporate sponsorship and enabled us to really do a proper, full-size festival at Expo 86,” Pickering said in the Westender profile.

An 18-year corporate relationship with Du Maurier began the next year and ended in 2003 when tobacco companies were barred from advertising through sponsorship in Canada.

With such financial backing, the 1986 festival brought in acts such as Charlie Haden, Billy Higgins, Cedar Walton, Wynton Marsalis and Miles Davis.

The inaugural festival made headlines worldwide after the infamous showdown between Miles Davis and Wynton Marsalis, in which the young trumpeter rushed the stage during Davis’ set.

“Wynton more than anyone was feuding with Miles and calling him names in the press, and then he basically tried to crash [Miles’] show and Miles wasn’t having anything to do with it. Next thing you know, calls were coming in from New York saying, ‘What happened? What’s going on there?’ And then Miles put the incident in his autobiography. They’re still talking about Miles Davis and Wynton in Vancouver 30 years later, so that is something that I just love to hear about,” Orysik said.

“It was the major international jazz incident of our time,” Pickering added, “but here’s the irony: I think I was at the Jim Byrnes show across town because we divided up.”

This year’s festival was the first one that Pickering missed.

“Many of you know by now that I’m dealing with another round of health issues that surfaced in early May,” he wrote on Facebook. “After weeks of tests of every kind it’s become clear that the cancer has come back aggressively. Strangely with very little in the way of obvious symptoms, but they are coming to the fore now. I’m into another round of chemo this week – probably more – but the goal is to qualify and move to immunotherapy as soon as possible. So that’s where we’re at. Chris [Fedina, his partner] is strong and we have lots of good support in the immediate vicinity here on Bowen. Because of my new reality I’ll almost certainly miss my first festival since 1985. A strange feeling. Rainbow [Robert, his replacement as artistic director] her team have put together a doozy and there’s nothing I wish more than to see everyone take in some live music and enjoy themselves.”

He did manage to take in one show and, ever the jazz evangelist, used Facebook to encourage people to do what he couldn’t.

“If I was in town today, there’s so much good shit, at the Roundhouse, David Lam Park, tonight at Ironworks with Eric Revis Quartet (Vandermark, Kris D, Chad T) and Jaime Branch’s Fly or Die will be an evening to die for … well maybe bad choice of words, but it will be awesome! If you’re in town don’t miss it. Thanks again for all the love as I battle this illness thing.”