Distribution problems blamed for Canada-wide drought of popular Italian aperitif
Previous Next
1 / 1 The Negroni cocktail is made with equal parts Campari, sweet vermouth and gin.
Expand
Previous Next

Last month when Colin Bradley dropped by his local liquor store in search of bottled relief, he found himself staring into the dark, lonely abyss of nothingness. But it wasn’t his bearded, 37-year-old, plaid shirt-cloaked soul he had finally come face-to-face with — it was the barren shelf normally reserved for his beloved Campari.

So he travelled to another grog shop. No luck there, either. Then he checked his smartphone’s B.C. Liquor Store app, which he joyously describes as “the greatest government software ever created,” only to discover that every provincial liquor store, from Victoria to Vanderhoof, was bone dry. That’s when Bradley started to hear murmurs, worried grumblings in the liquor store aisles, foreboding pronouncements from in-the-know bartenders. There was a Campari shortage — not just in Vancouver, but across the country. 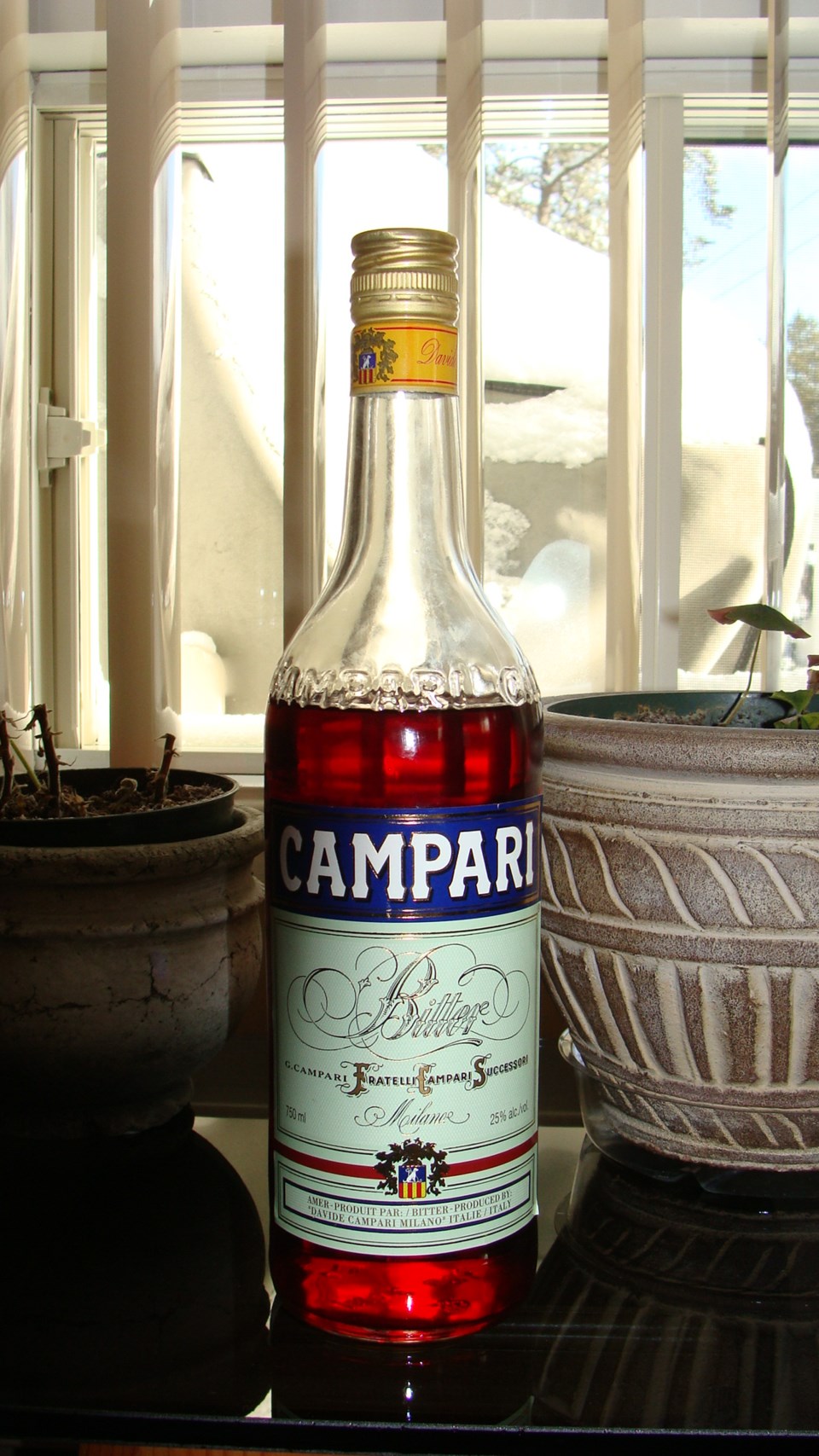 The bitter-tasting, ruby-hued Italian aperitif whose origins date back to 1860 is an acquired taste, to say the least, but an essential ingredient in the classic Negroni cocktail, which is rounded out by sweet vermouth and gin. It also represents a liquid line drawn in the cocktail culture sand, dividing casual imbibers from alcohol aficionados, beer slingers from mixologists. Campari can also be enjoyed on its own with ice and a twist of lemon, served up with soda water or orange juice, or employed in an old school Americano cocktail.

“There’s some off-brand types of Campari out there, but they’re a little too sweet, a little too orangey,” says Bradley who maintains a respectable three Negroni a week regimen. “Campari is more like Goldilocks. It’s just right.”

Despite his easy-going nature, Bradley says he can’t help but feel he’s getting the short end of the swizzle stick. “I feel like big business is getting in the way of me having a relaxing evening.” 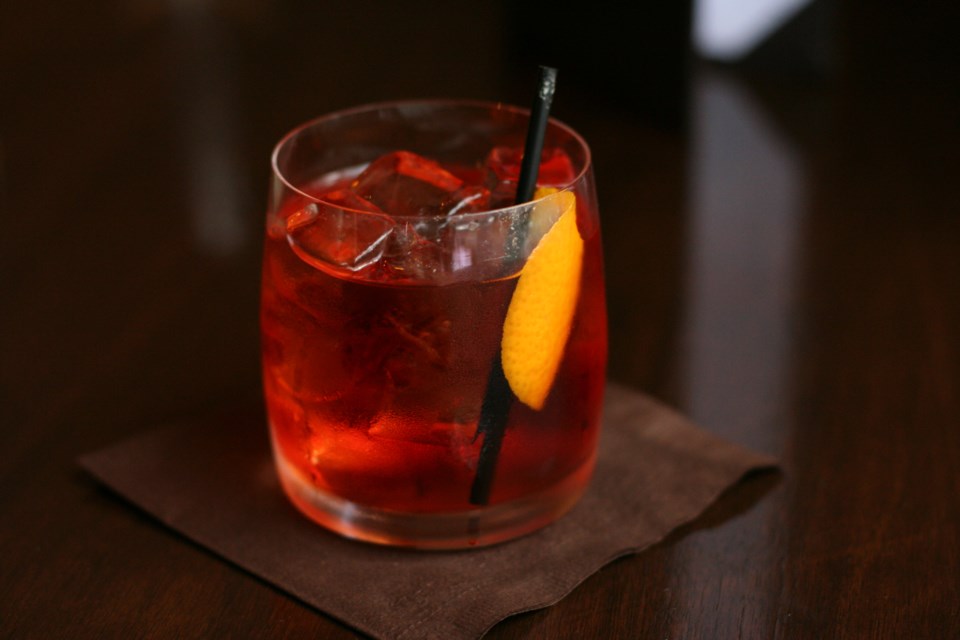 Darryl Lamb understands his pain. The brand manager of the exceptionally stocked Legacy Liquor Store in the Olympic Village consoles approximately 10 customers a day looking for Campari and has even heard of opportunistic disaster capitalists selling half-downed bottles of the liquid gold on Craigslist.

However, unlike the “Great Campari Shortage of 2012,” which was triggered by the sudden popularity of the Negroni during the emerging cocktail revival and a lack of product worldwide, Lamb says the current drought can be blamed on that most unsexy of alcohol-related circumstances next to equipment malfunction — distribution woes. Late last year, Milan-based Gruppo Campari announced it was streamlining its distribution by establishing Campari Canada, which would also handle its other brands, including Aperol, Wild Turkey, Sky Vodka, Cinzano and Appleton Estate rum. Although Campari’s soon-to-be ex-Canadian distributor was given several months’ notice, it neglected to order any more Campari leading up to the April 1 changeover. “So it’s all on the water,” says Lamb, who anticipates Campari hitting shelves by the end of the month or early May. “Now we we’re just dealing with the [B.C. Liquor Distribution Branch], which is wildly inefficient… This is the same organization that takes 14 to 21 days to move a box of wine from Richmond to Vancouver.”

Lamb says prior to the shortage, Campari sales at Legacy were “monstrous”— approximately 80 bottles a month. Since then customers have had to settle for alternate Italian liqueurs, such as Aperol, which is sweeter, or Punt e Mes, which is pricier and requires a shot of walnut bitters to resemble Campari’s distinct flavour. In fact, sales of Aperol and Punt e Mes more than doubled in March at Legacy, which is currently sold out of Punt e Mes.

But for dedicated Campari fans such as Bradley, there is no substitute. Which explains why this seemingly upstanding citizen, president of a professional AV equipment installation company, loving husband and father of two young daughters found himself in the sketchy border town of Blaine, Wash. a few weeks ago. That’s where he finally got his quaky hands on a bottle of the ruddy nectar of the gods, though he had to pay double the sticker price in duty thanks to the sober, unsympathetic souls at Canada Border Services. He admits he’s already halfway through the bottle, rationing his dwindling stock as best he can and counting the days until Campari returns to the loving shores of Vancouver.

“It’s going to be like Boxing Day at Walmart,” Bradley says of that fateful day, his voice noticeably perking up. “I’ll probably be pushing down old people who get in my way.”

Shaun Layton, the head barman at L’Abattoir in Gastown, alcohol consultant and Scout magazine contributor, has weathered his share of booze shortages over the years: Maker’s Mark, Aperol, Angostura Bitters, Pimm’s. And who can forget the terrible lime famine of 2014 when far too many potential margaritas went un-made or were sold for sky-high prices.

When Layton first caught whiff of the oncoming Campari shortage six weeks ago, he stocked up as best he could. Recently, a friend brought him six bottles from the hinterland. “But who knows how long that’s going to last?” says Layton, adding that he hears there’s plenty of Campari to be found in Alberta, if one is inclined to cross the Rockies for their fix. In the meantime, he’s continuing to make Negronis and other Campari-based drinks for those in need, and at regular pre-shortage prices. A true gentleman. If, however, you’re unable to get your hands on a bottle, he suggests the following alternatives, though he’s quick to note that the taste of Campari is impossible to duplicate.

Cynar
An Italian bitter derived from 13 herbs and plants, one of which is artichoke (Cynara scolymus), where it gets its name. In 1995, it became part of Gruppo Campari and is a big seller in Brazil, Italy and Switzerland. 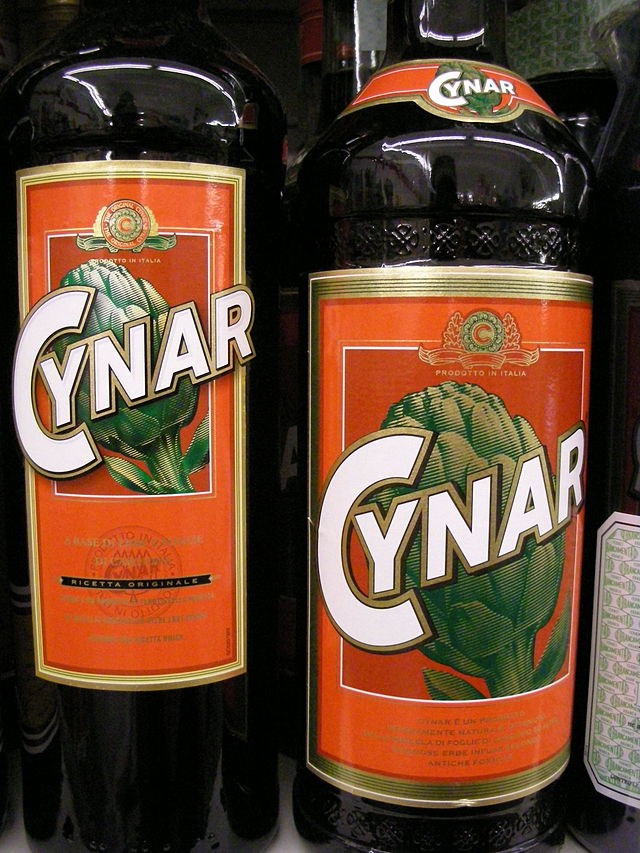 Fernet-Branca
“Proudly bitter since its inception in 1845,” this Italian digestif is also a favourite of Alfred Pennyworth (played by Michael Caine) in the The Dark Knight Rises, and the subject of an old comedy bit by Bill Cosby about relieving indigestion, though the company would probably prefer keep that one on the down-low. Gran Classico Bitter
Made with 25 aromatic herbs and roots including wormwood, gentian, bitter orange, rhubarb, and hyssop, this amber-coloured aperitif dates back to the 1860s where it was first distilled in Turin, Italy. Some aficionados claim it tastes much more like the original Campari before Campari altered its recipe a few years ago. 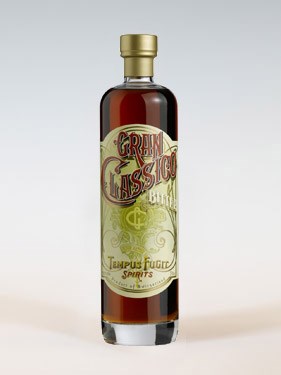 Alas, you’ll have to travel stateside to find out for yourself since Gran Classico is currently unavailable in Canada.

“If you can get your hands on some Gran Classico, that’s great,” Layton says. “But once again, usually if there’s a shortage of something we can swap it out or find something similar, but there’s not very many things that are similar to Campari, and Negronis are very popular, so it kind of leaves people handcuffed.”