Likey video highlights some of Vancouver's most iconic locations. 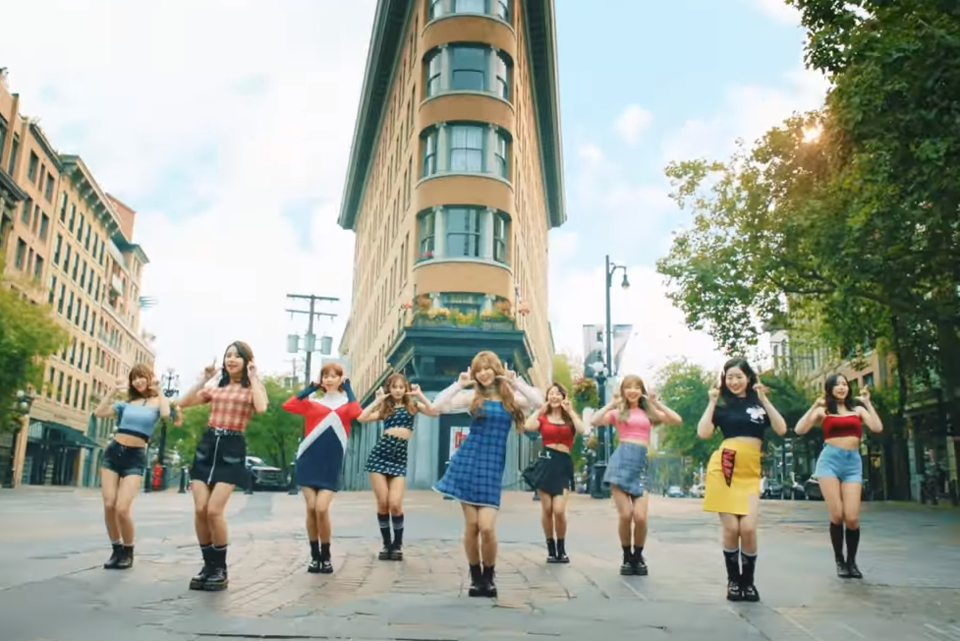 If you are not a teenager, the lyrics of Likey aren't likely to entice you to watch the video on YouTube.

However, if you enjoy seeing Vancouver scenes being shared with the world, it's worth a few minutes of K-pop indulgence.

Twice is a group of nine young Korean women. In the video, they dance their way through some of Vancouver's most iconic places including Gastown, the seawall and downtown alleys. Their ultimate goal is to get the perfect look. (There aren't many other pop songs that mention BB cream.) And, being young women, they record it all on their videos, asking at the end for everyone to "likey" their song.

This is the group's third single. They are part of the growing K-pop phenomenon. Another Korean group, BTS, topped the Billboard Social 50 chart.

The Likey video, which was released October 30, has already been seen more than 20 million times on YouTube.