Sheri-D Wilson takes back the mic at Verses fest 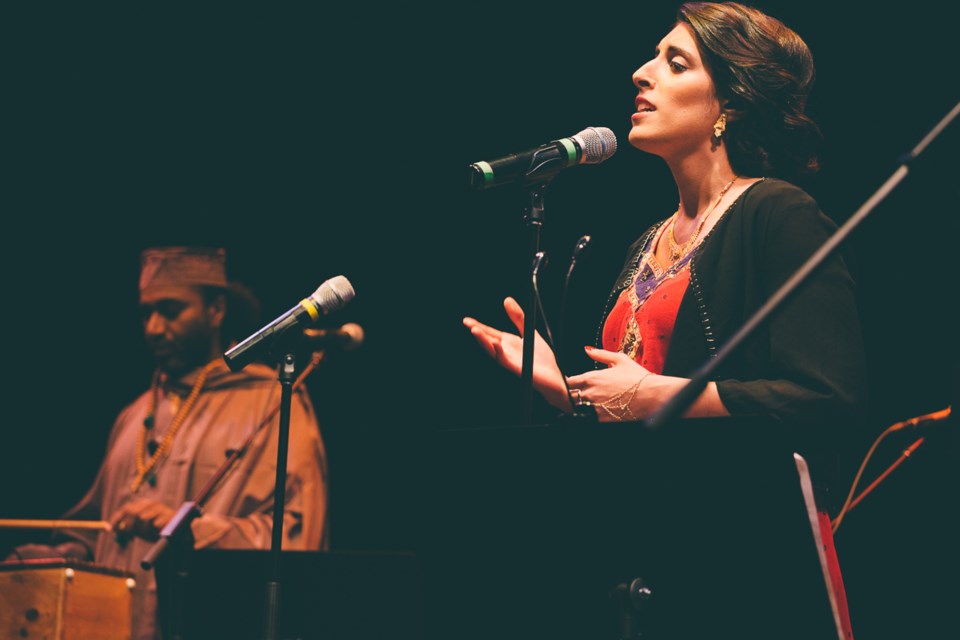 Lishai Peel joins Sheri-D Wilson at Take Back the Mic as part of the Verses Festival of Words.

Poems Sheri-D Wilson performed from her Open Letter: Woman Against Violence Against Women collection at the National Slam Finals in Victoria last fall struck such a chord that Vancouver’s Verses Festival of Words will feature an event called Take Back the Mic. The poetic gathering touts how the spoken word can transform trauma into healing.

“We can come together in unity, women, by sharing our stories and by sharing ways to heal and ways to transform,” Wilson said.

The lunchtime event on May 2 will see Wilson, Toronto-based poet and storyteller Lishai Peel and other women and feminist men speaking their truth and celebrating strength and bravery.

Wilson’s Open Letter, which has already gone to third print, asserts our society treats the earth the same way it treats women. The collection mentions missing and murdered women from Vancouver’s Downtown Eastside, those who’ve disappeared on the Highway of Tears in Northern B.C. and Wilson’s experiences of violence.

Wilson lived in Vancouver for 20 years, worked in a studio behind the No 5 Orange strip bar on the edge of the Downtown Eastside, had a knife pulled on her in Gastown’s Blood Alley and hitchhiked on the Highway of Tears.

She started writing Open Letter a couple of years ago, unaware of how timely its publication in 2014 would be with allegations of sexual violence against comedian and actor Bill Cosby and radio host Jian Ghomeshi dominating the news alongside stories of women committing suicide after being harassed.

The poet of three decades has long wielded words to illuminate ignored women and their discounted concerns, sometimes before others found her focus socially acceptable.

Wilson says her writings  “conversations with my c***” were banned but then lauded after Eve Ensler’s The Vagina Monologues saw mainstream success.

Wilson’s written about disregarded women surrealists and beatniks and celebrated spinsters in a way that makes that status aspirational. She’s written about women’s bodies and stroked her keyboard to conceive women’s erotica.

“That’s an interesting thing that happens out of poetry, poetry that is about taking action, poetry that doesn’t sit down and witness it from far away, but poetry that is in the midst of it,” Wilson said. “That’s what I was taught to do by my teachers like Anne Waldman, Diane di Prima and Allen Ginsberg, to take action with your poetry, that every poem you write is a political action.”

Wilson wants to see women unite to support each other’s wisdom so she encourages those who attend Take Back the Mic to bring their own poetry and stories of truth, and she looks forward to performing alongside Lishai Peel.

Peel authored the graphic novel Why Birds and Wolves Don’t Trade Stones in 2013 and released the 2014 album From Here On with musician and composer Waleed Abdulhamid.

At Take Back the Mic, she’ll share some of her heavier pieces about overcoming the vicarious trauma of domestic violence.

“But mostly, these days, I write from a place of joy,” Peel said.

She’s looking forward to performing alongside Wilson, who mentored her at the Banff Centre.

“Very unapologetically badass is how I would describe [Wilson],” Peel said.

The Verses Festival of Words runs until May 3 and includes masterclasses and poetry slams. Take Back the Mic starts at 12:30, at the Havana Theatre. Details at versesfestival.ca.