Year in theatre full of thrills

Theatre community went big with quality and quantity in 2014

It was big on “Q” this year in Vancouver theatres: quantity and quality. Reviewers were lacing up their Nikes just trying to keep up, and I considered setting up a tent at the Cultch. My short list of favourites — out of 150 plays and selected for a variety of reasons — began with 30 that finally got pared down to 15. In no particular order and for reasons as various as the venues, here are some of the shows that stuck with me.

Since You Left Us:  Colleen Wheeler kept us laughing in Susinn McFarlen’s very funny, very poignant first play. At the Stanley, director Kim Collier and actor Meg Roe wowed us with a beautifully balanced St. Joan; George Bernard Shaw would say they got it right. It was a very good year for Bard on the Beach: Equivocation imagined a tricky situation for Shakespeare: stay true to his values or lose his head. Actor Anton Lipovetsky shone in several roles — especially as a very fey King James I. Director Dean Paul Gibson’s A Midsummer Night’s Dream was remounted at Bard and although we thought it wasn’t possible, it was even better the second time around. 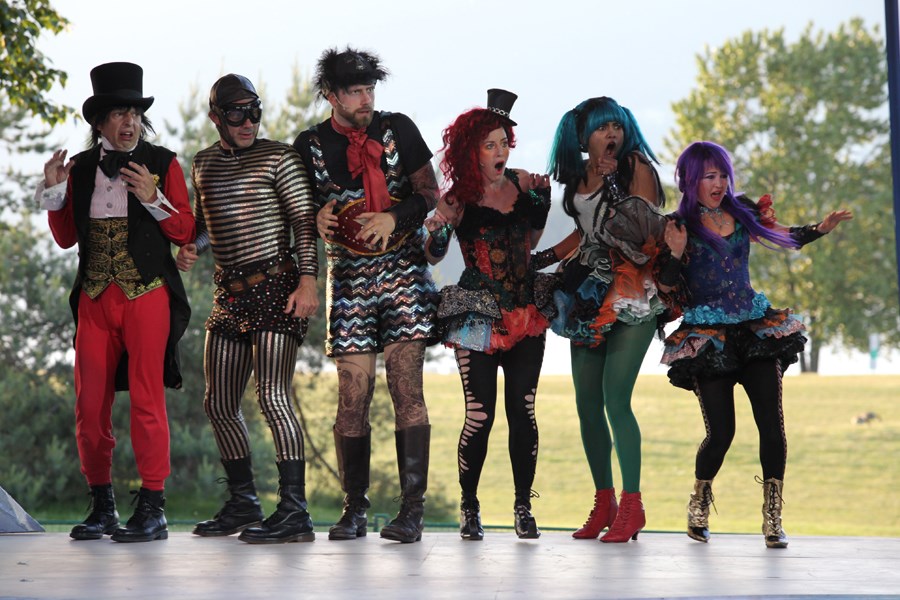 Way across town in the Italian Cultural Centre parking lot was Killer Joe staged in a shabby, litter-strewn trailer. While the play has few redeeming qualities, the staging by Chelsea Haberlin was fantastic. Matching Killer Joe’s violence but in a side-splittingly funny way was Hunter Gatherers, directed by Ryan Gladstone at Havana Theatre. Definitely not recommended for vegetarians.

Good theatre happened in the Downtown Eastside when Marisa Smith directed Alley Theatre’s production of Mrs. Warren’s Profession. The old Rickshaw Theatre — its stage, aisles and balcony — were imaginatively used. Still in the downtown area was This Stays In the Room, directed by Mindy Parfitt in Gallery Gachet. It was all about confession being good for the soul and actor Allan Morgan had us close to tears.

At the Cultch a Capetown University production of Mies Julie added race to what keeps Mies Julie and black houseboy John apart. Almost dance, it was hot and sexy.
Dance is what Tara Cheyenne Friedenberg does and directed by Marcus Youssef, the strangely titled Porno Death Cult was mysterious and, at times, unbearably beautiful. Friedenberg has the courage to go — and to take us with her — into very dark corners. Tiny Music, written and composed by Noah Drew and produced as part of the Chutzpah! Festival, also went into some dark places with autistic Ezra (Anton Lipovetsky again) who, through music, found himself.

Theatre went to church in 2014, too. Bob Frazer’s Osimous Theatre moved into the First Christian Reformed Church to present Thornton Wilder’s Our Town, staged informally in the church hall with a collection of sofas and comfortable chairs. Actors moved freely before, during and after the performance, giving everyone the feeling that this was a communal affair. 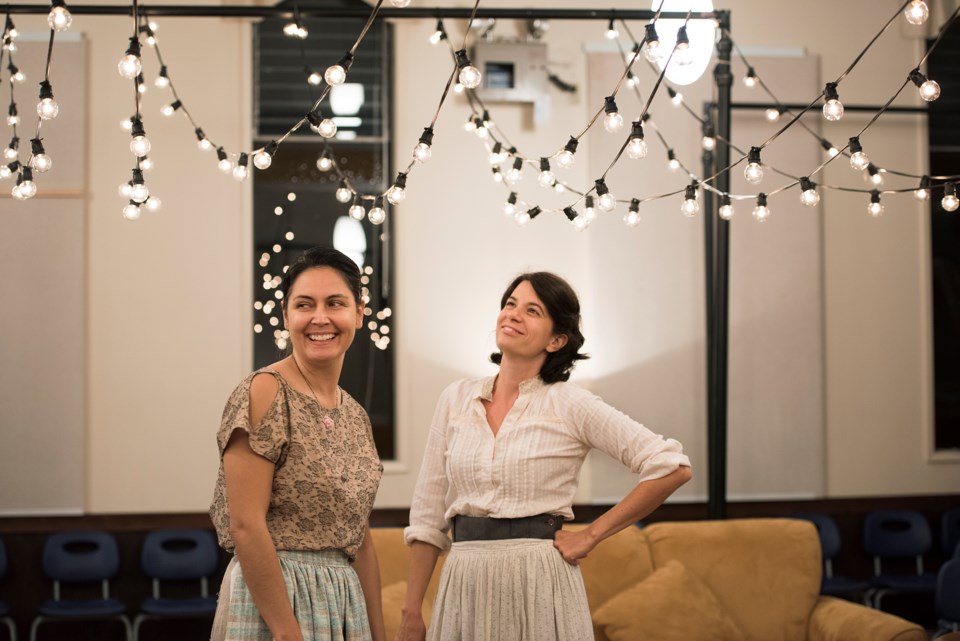 Back at the Cultch, Late Company raised all sorts of questions about relationships, parenting, loss and forgiveness. The Culture Lab, with set design by Pam Johnson, has never looked so classy and Kerry Sandomirsky, as a mother whose teenaged son has been murdered by another boy, was absolutely fearless in the role. Terrific direction by Touchstone Theatre’s Katrina Dunn.

Unforgettable: big-hearted Beverley Elliott in …didn’t see that coming. All the high-tech wizardry in Helen Lawrence. Andrew Wheeler and his Stephen Harper wig in Proud. The edgy dialogue and terrific performances in Mitch and Murray’s Speed-the-Plow, directed by David Mackay. Susinn McFarlen as a cougar in Dirty Old Woman. Judith Thompson’s return to the stage in her solo show Watching Glory Die. Shizuka Kai’s fabulous interior/exterior space ship set and the exuberant, boisterous, rowdy Kosmic Mambo finale: no one brings a curtain down as enthusiastically as the students at Studio 58.

And that brings the curtain down on 2014. Happy New Year.