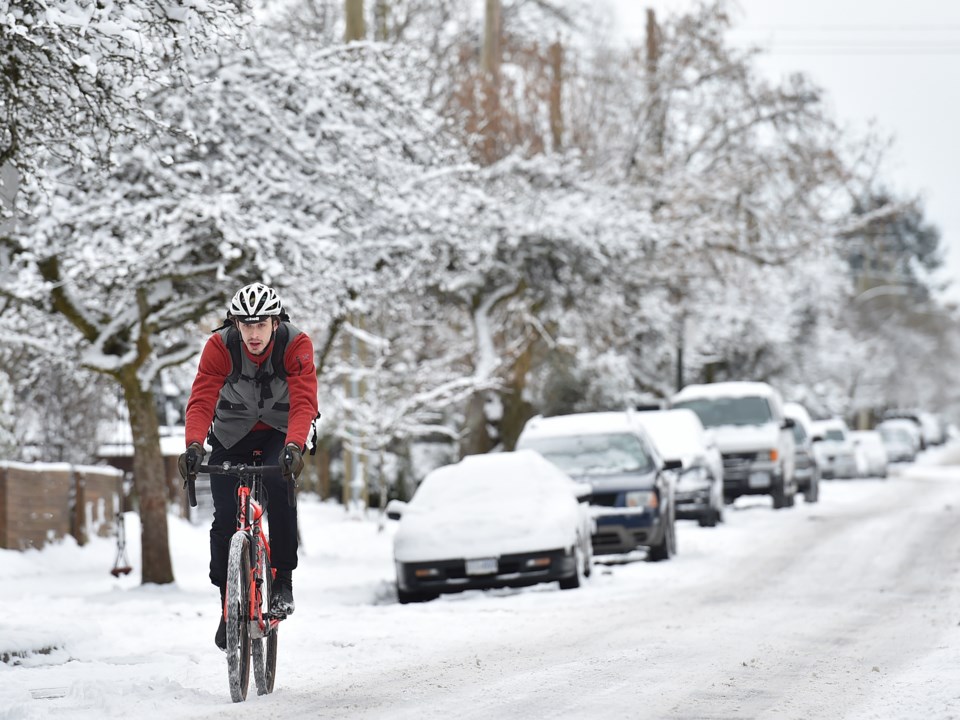 The Vancouver weather forecast calls for the first real opportunity for snow at sea level tomorrow.

Environment Canada issued the special weather statement for B.C.'s south coast, noting that there is a potential for snow with the shift into cooler weather. While there may be a few light flurries mixed with rain tonight, the first real opportunity for widespread low elevation snow is shaping up to be Thursday night.

The forecast notes that a low tracking weather pattern is moving south along the B.C. coast that will spread moisture into the region tomorrow evening. With temperatures hovering near the freezing mark, a mix of rain or snow is possible across the region.

The Fraser Valley and higher elevations of Metro Vancouver and Vancouver Island have the potential for snowfall accumulations to exceed five centimetres Thursday night.

While the snow is expected to change back to rain Friday morning, temperatures will remain below seasonal into next week and bring the chance of more snow.

While Vancouverites are known to complain about the city's 'wet cold,' temperatures are expected to drop quite low next week.

Environment Canada has issued a rainfall warning for Coastal British Columbia for the start of the week, but a cold weather pattern is expected to move into the region starting Wednesday.

The department notes that the city could see its coldest weather of the winter so far. A north westerly flow is expected to bring arctic air to the Lower Mainland, and locals are advised to prepare for the frosty conditions. Daily highs will hover around freezing, while daily lows could fall to a chilly - 6°C or -7°C.