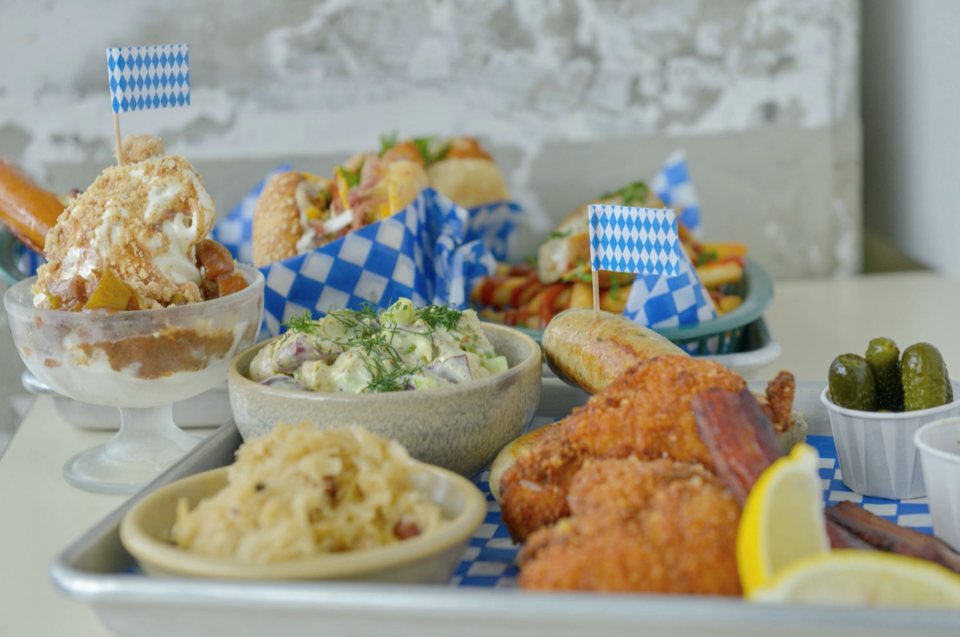 Photo courtesy of Bells and Whistles

It's the first weekend of October—time to embrace all the fall activities. 🍂

But while pumpkin spice season might be in full swing, so is the ongoing pandemic. On Friday, public health officials said there are currently 1,302 active cases of COVID-19 in the province, so make sure to avoid large gatherings and keep your distance from those outside your social bubble.

That said, there are still tons of fun things to do in Vancouver this weekend. Here are 10 of them!

Wunderbar! Our Oktoberfest menu starts tomorrow running October 1-11... So we can’t give you those amazing guys in the lederhosen playing the accordions this year, but everything else will be as good as years past. This year’s beer lineup is fantastic and the full menu will be posted Thursday morning. 🖤❤️💛 #schnitzel #currywurst 🍻

2. Re-visit the 'before times' at this new art exhibit 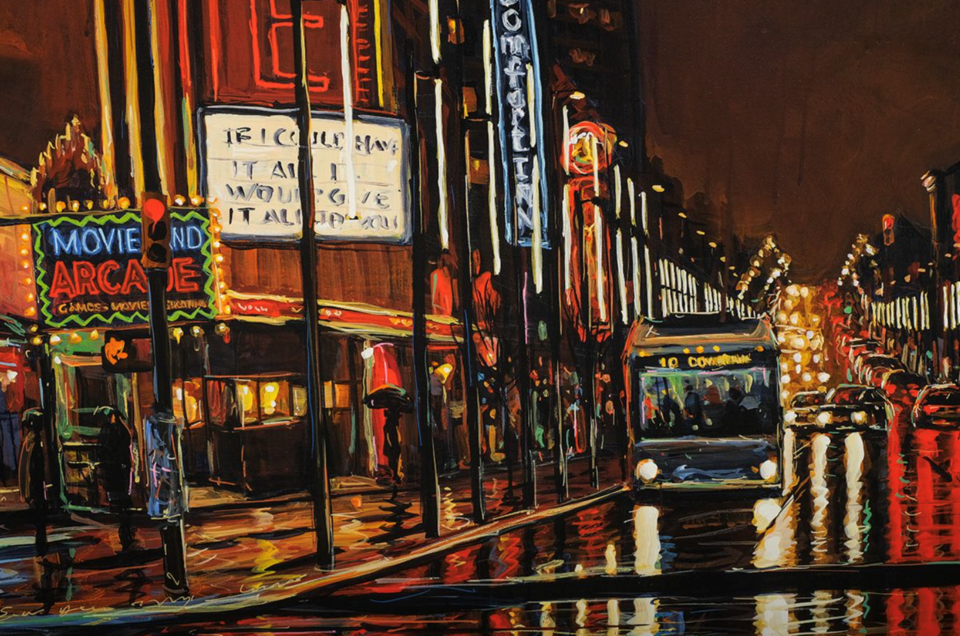 Remember January 2020? Noises Off had just started its run at Vancouver’s Stanley Theatre. When Michael Frayn’s farce wrapped a month later, it seemed as if the entire world wrapped with it.

With his newest collection, Close to Home, artist David Wilson offers a look back at those final, pre-COVID days through his vibrant acrylics. “It’s a world that, despite its many monstrosities, seems a little bit whimsical now,” says Wilson in a release. “It’s a place that, in spite of all of its shortcomings, doesn’t seem so bad.”  Close to Home: New works by David Wilson runs from Oct. 1 to 22, 2020 at the Kurbatoff Gallery on Granville Street. 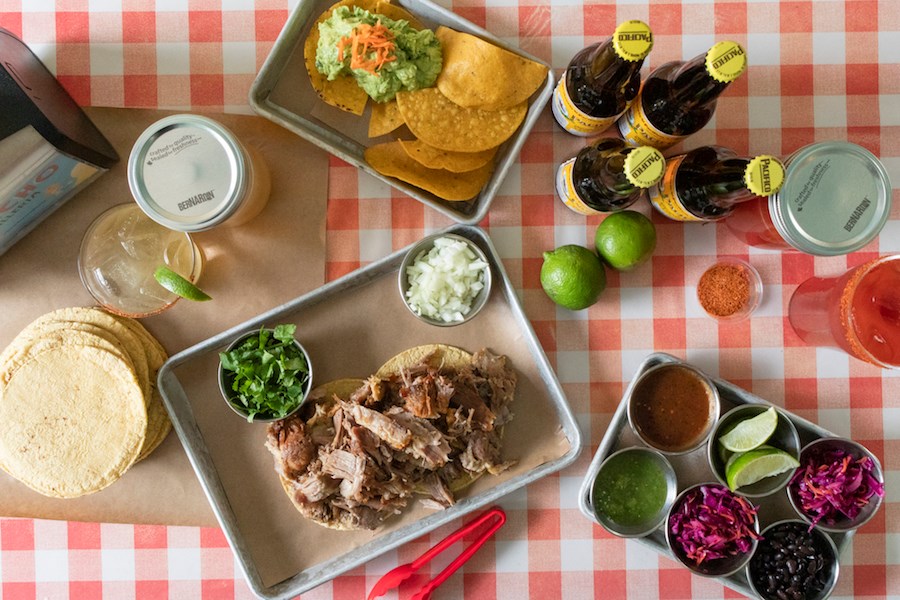 Not that we ever need an excuse to enjoy a few tacos, but having one doesn't hurt. What better way to mark National Taco Day than with some of the city's best? On Sunday, Oct. 4, Chancho Tortilleria is offering a special edition of its popular Taco-to-Go Kit for pickup one-day-only from the Yaletown tortilleria. Featuring enough food to feed four hungry adults, each Chancho Taco-to-Go Kit offers a choice of either carnitas - Maciza (shoulder/leg), Panza (belly), Campechano (shoulder and belly), — for a special price of $69 each, or Papas Dia (potato) or Verduras Dia (veggie) varieties for $59 each, in addition to the following: Fresh-made native corn tortillas Chips and guacamole; Salsas and black beans; Choice of either Margarita (375 mL bottle of Hornitos tequila and mix) or Michelada (4 bottles of Pacifico lager and mix) kit; and Mexican Bingo game (first 30 orders). Only 60 total kits are available so don't put off putting in an order! Orders for Chancho’s Taco-To-Go Kits can be placed in advance online until Saturday, October 3 for pickup at the restaurant (560 Davie Street) between noon and 7:30 p.m. on Sunday, October 4.

Honestly, it would be rude not to.

4. Watch spooky movies under the stars 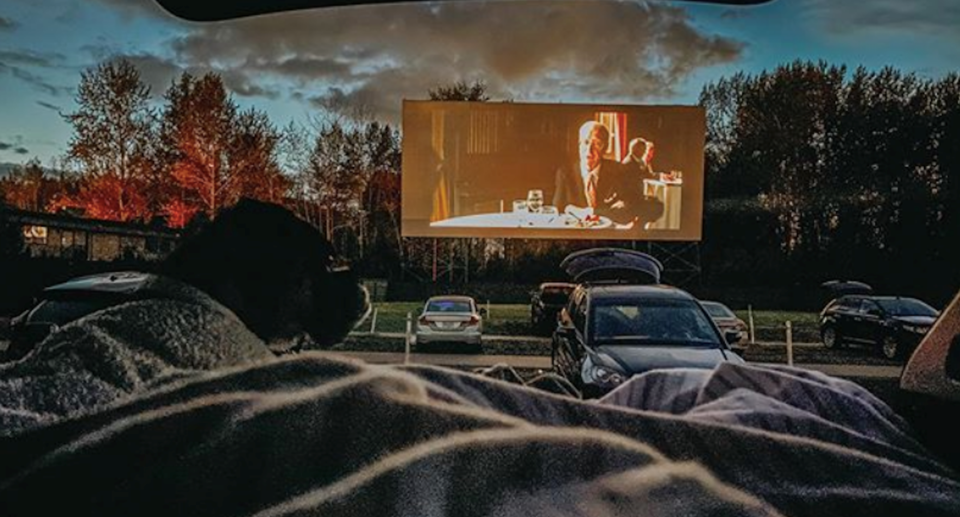 Photo: Instagram / Kaepopp
Metro Vancouver’s last remaining drive-in theatre is beginning a month-long Fright Fest to get you in the Halloween spirit. The Twilight Drive-In, at 3350 260 St. in Aldergrove, is airing Hotel Transylvania and Rocky Horror Picture Show tonight. Sunday, Ghostbusters is planned take the screen at both 7 p.m. and 9 p.m.

5. Host a dinner party for a good cause

Savour: A Culinary Festival is a brand-new partnership between the Multiple Sclerosis (MS) Society of Canada and top Canadian chefs and restaurants aims to offer an exciting culinary experience and fundraising opportunity to support Canadians living with MS. From October 2 to 4, participants can connect in a variety of ways: From the comfort of your own kitchen, the Chef at Home Experience includes a hands-on demonstration from Canadian chefs over video. Each chef - like Vancouver's own Vikram Vij - will share the recipe and ingredients list ahead of time and then walk you through the cooking experience followed by a Q&A; or host a virtual dinner party and turn your Friday night dinner plans into a group hangout online where you can enjoy coming together over good food and good friends and ask for a small donation to go towards supporting people affected by MS. 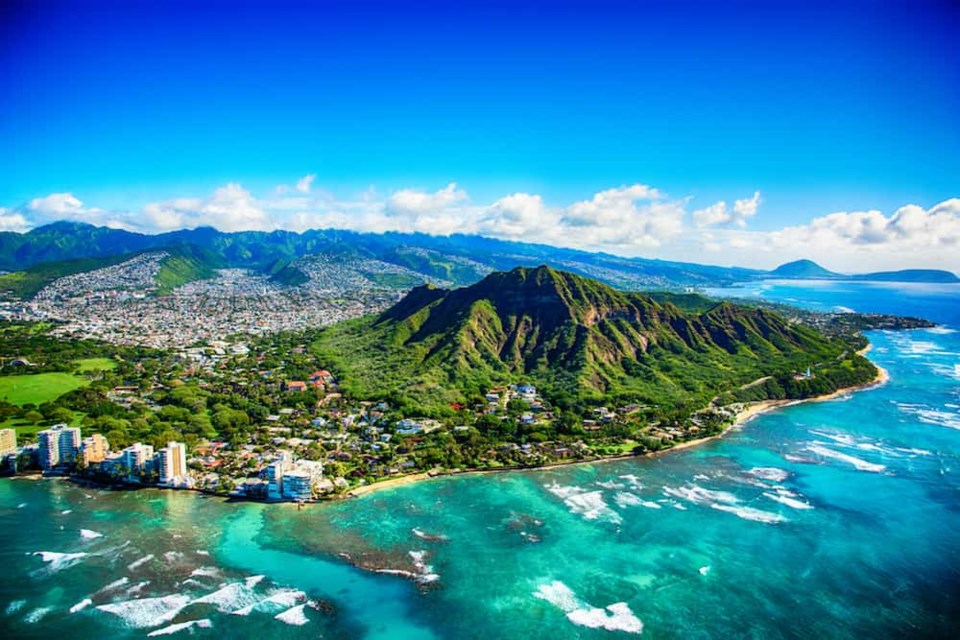 Even if it's only in your dreams.

Vancouverites can visit Hawaii starting Oct. 15 without quarantining on arrival, but the Canadian government is still advising travellers to think twice before booking a ticket to paradise. However, on Sept. 16, Hawaiian Governor David Ige declared that the state’s pre-travel testing program will launch on Oct. 15, which will allow trans-Pacific travellers to visit the island state without quarantining upon arrival. They need to get the test prior to their arrival and show proof of a negative test no more than 72 hours in advance of travel.

7. Book your slot for this new 'wicked walkthrough' of optical illusions 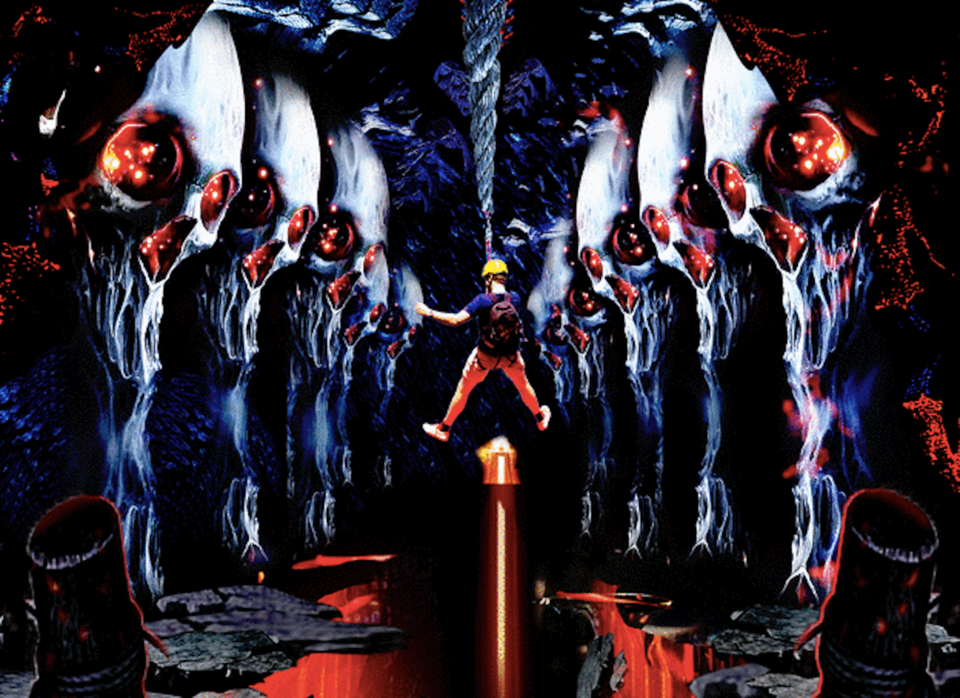 Participants will venture through 10,000 square feet of winding hallways, rooms, and an outdoor courtyard transformed by hundreds of lasers and soundscapes, crafted by dozens of Vancouver artists and two production companies. Time slots for groups Wednesday, and Thursday from 6 p.m. to 10 p.m. or Friday to Sunday from 4 p.m. to 10 p.m. can be booked online. 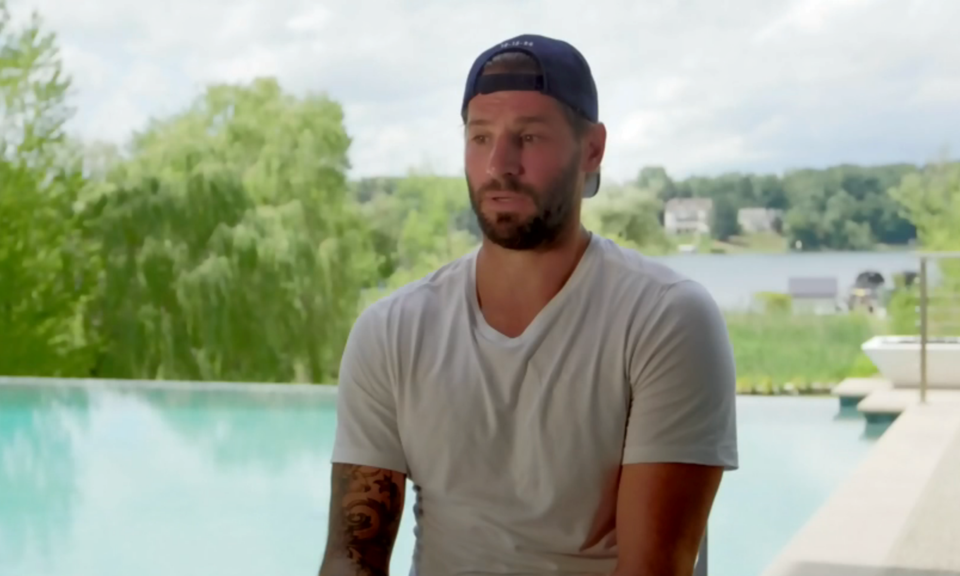 Ryan Kesler talks about the long-term impact of his use of painkillers during his NHL career. photo: TSN
A new investigative report from TSN called “The Problem of Pain” delves into the use of painkillers across the NHL and the lack of information players receive on the long-term consequences of their repeated use. Former Canuck Ryan Kesler is one of the main players interviewed in the report, detailing the issues he’s faced after using one painkiller, Toradol, repeatedly throughout his career.

9. Check out this nature-themed art and culture festival 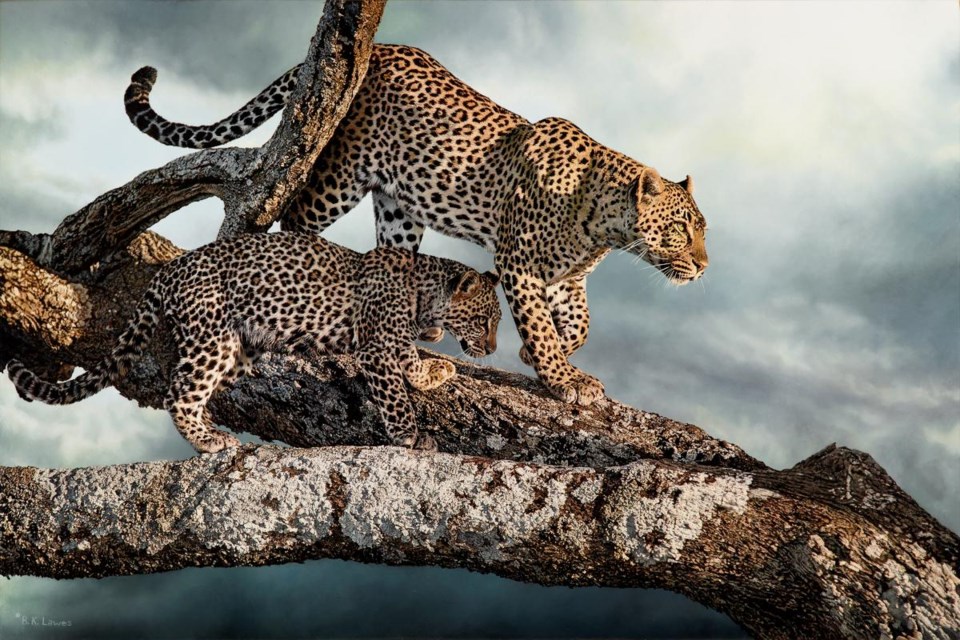 “In the Shadow of Greatness”, 2019 AFC Exhibit. Painting by Bruce Lawes.

Artists for Conservation — a Canada-based international non-profit with a mission is to support wildlife and habitat conservation and environmental education through art — is carrying on with hosting their annual series of special events in Vancouver for 2020 with some special twists.

This year is the 10th anniversary of the Artists for Conservation Festival — a nature-themed arts and culture event for all ages running from October 1 to 4. Featuring a wide range of local and international artists, the festival highlights the natural and cultural heritage of the Lower Mainland through a rich program of art exhibits, live demos, musical and cultural performances, First Nations presentations, and more activities over the weekend.

10. Get your winter tires on 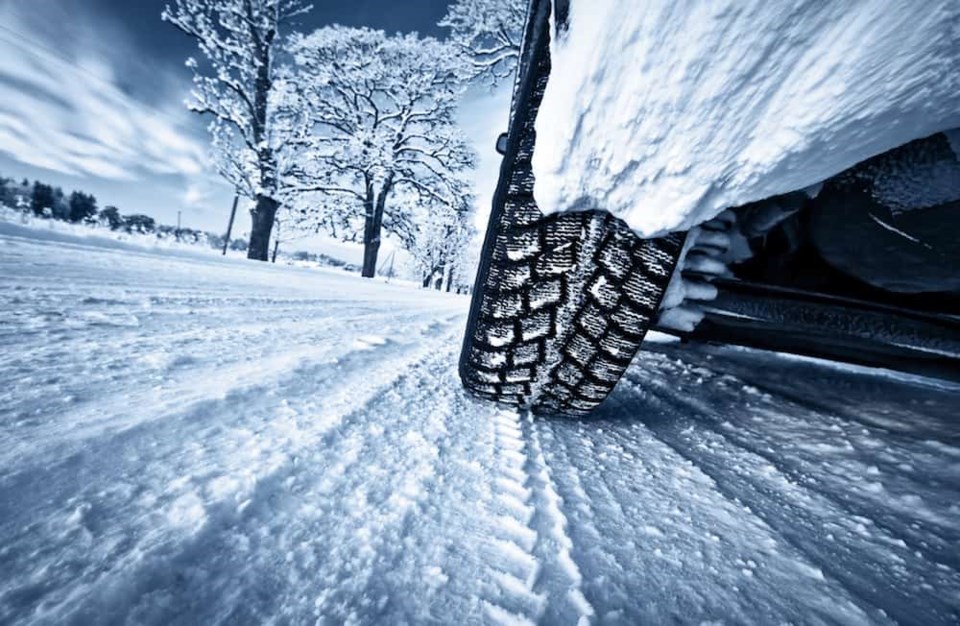 Okay, we'll admit this doesn't exactly fall into the category of "fun things to do," but do you know what definitely isn't fun? Getting slapped with a $121 fine for not having snow tires. The Ministry of Transportation and Infrastructure reminded motorists this week that winter tires and chains are required on most routes in B.C. as of Oct. 1.