With the launch of the the X-Files mini-series coming up this Sunday, January 24th, we figured now is the perfect time to reflect on an old Vancouver pastime: spotting local landmarks in the show! Filmed here for the majority of its original 9 season
Jan 21, 2016 11:42 AM By: Bob Kronbauer

With the launch of the the X-Files mini-series coming up this Sunday, January 24th, we figured now is the perfect time to reflect on an old Vancouver pastime: spotting local landmarks in the show! Filmed here for the majority of its original 9 season run, you couldn't watch an episode of the old series without saying "Oh hey, there's [insert Vancouver thing/place here]!". Since the new series is also filming here we're hoping we'll have a freshly updated version of this game to play in the near future. In the meantime you can watch all 9 seasons on Netflix and play the game old-school, like so...

Countless office towers were featured in the original series. Remember the one where the exec gets bought out of his own software company so he sets loose a virus/ghost in the machine that kills people? Yeah. 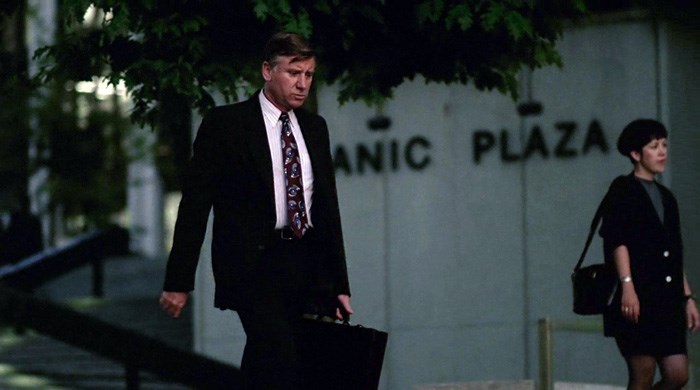 It has always doubled as a great police station, not just in the X-Files but in multiple other shows over the years. 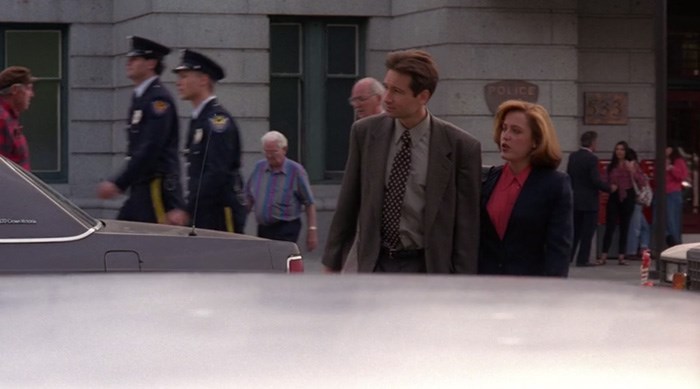 Take a drink every time you see the Skytrain pass behind Mulder. 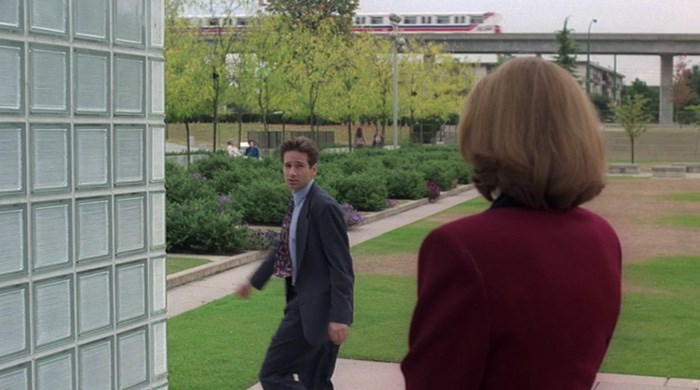 4. The Stairs at the Law Courts/Robson Square - Season 1 Episode 9

The FBI spent a lot of time on these stairs in the 90's. 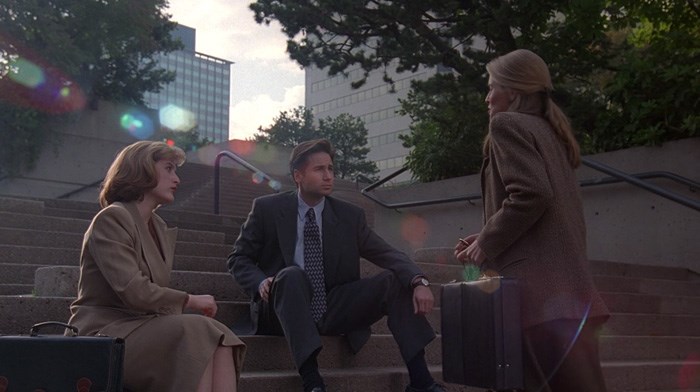 What better place to go and meet The Smoking Man than Arthur Erickson's SFU? 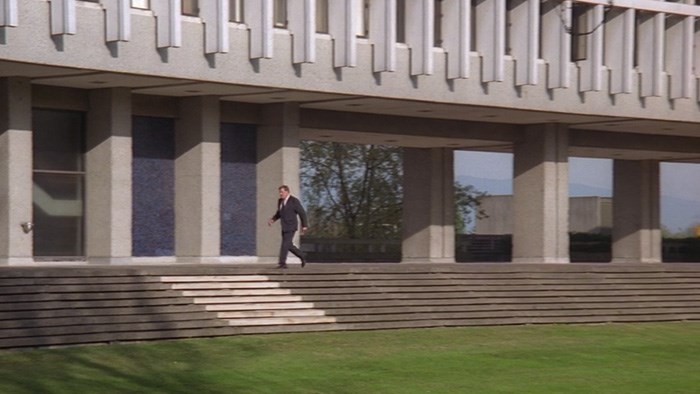 Remember when you'd just dump your fare into that bucket thing and the driver had to count to make sure you put the right fare in, then he ripped off a newsprint transfer and handed it to you? So does the guy in this episode. 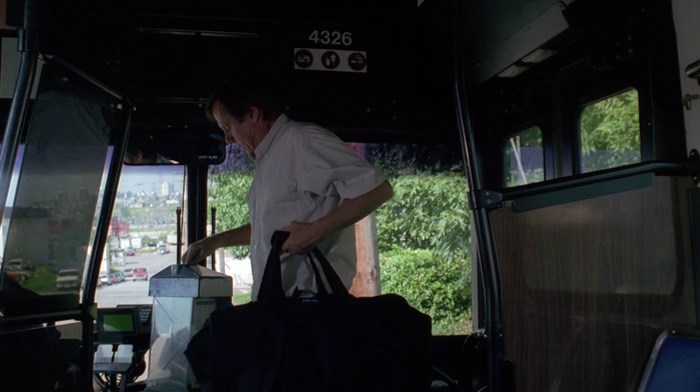 You can just barely see the big "Q" of the Quay on the left there. They filmed a ton of scenes in the then-creepy-and-decrepit shipyards next door. 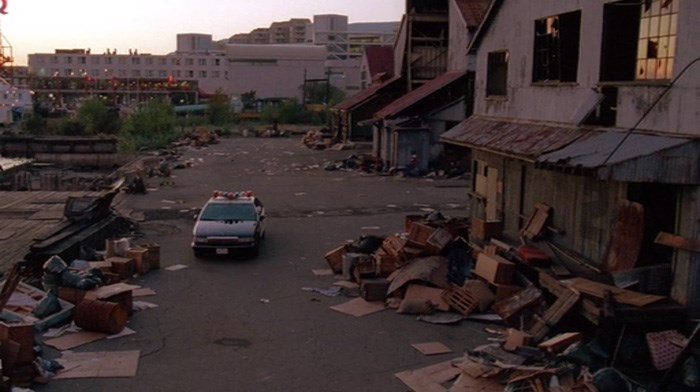 Mulder hung out here way before it was trendy. 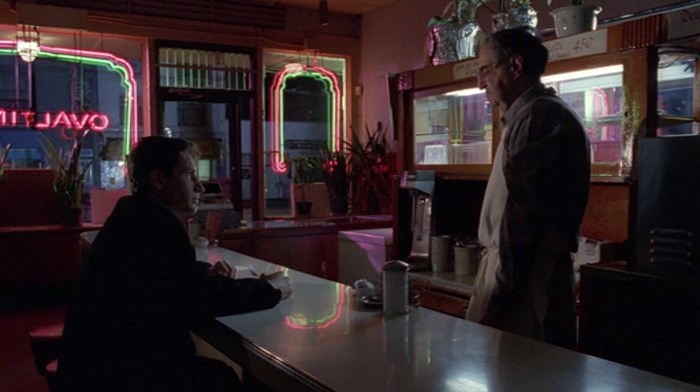 So many local stars made appearances on the X-Files! Most of them before they became really famous. 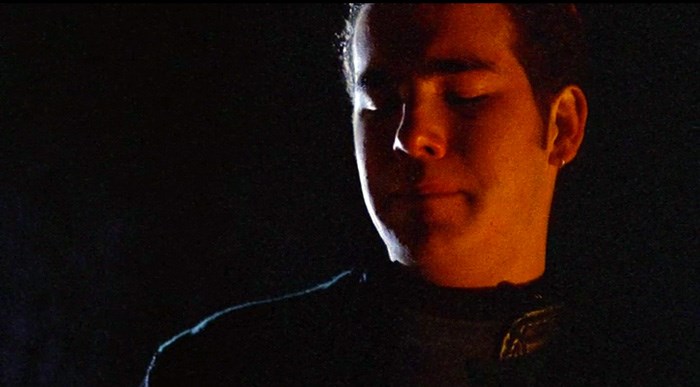 Yep, that's the West End behind this guy, and way in the background there is the signature Museum of Vancouver building and Vanier Park. Even when they weren't filming in a location, they were showcasing our city's landmarks. 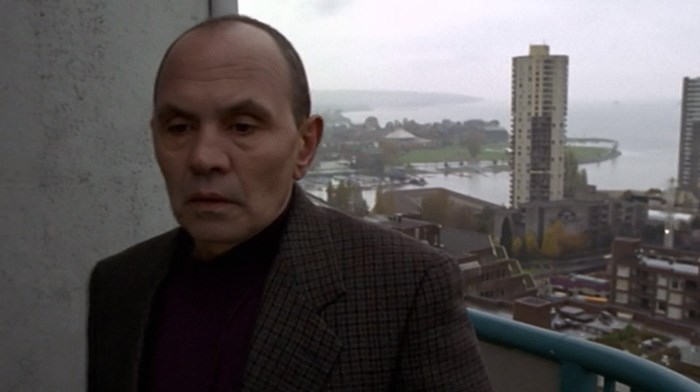 Its alleyways, businesses, warehouses, all of it. East Van is featured heavily throughout. 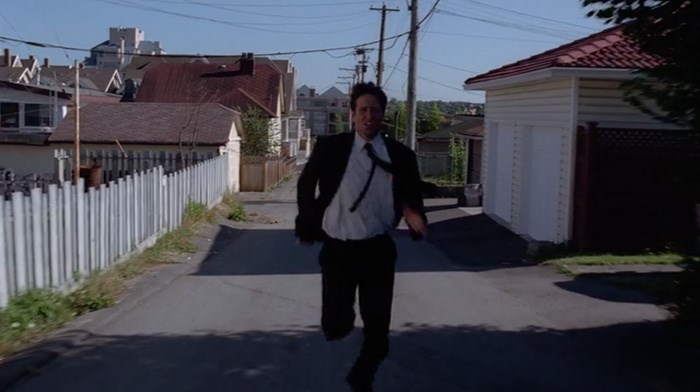